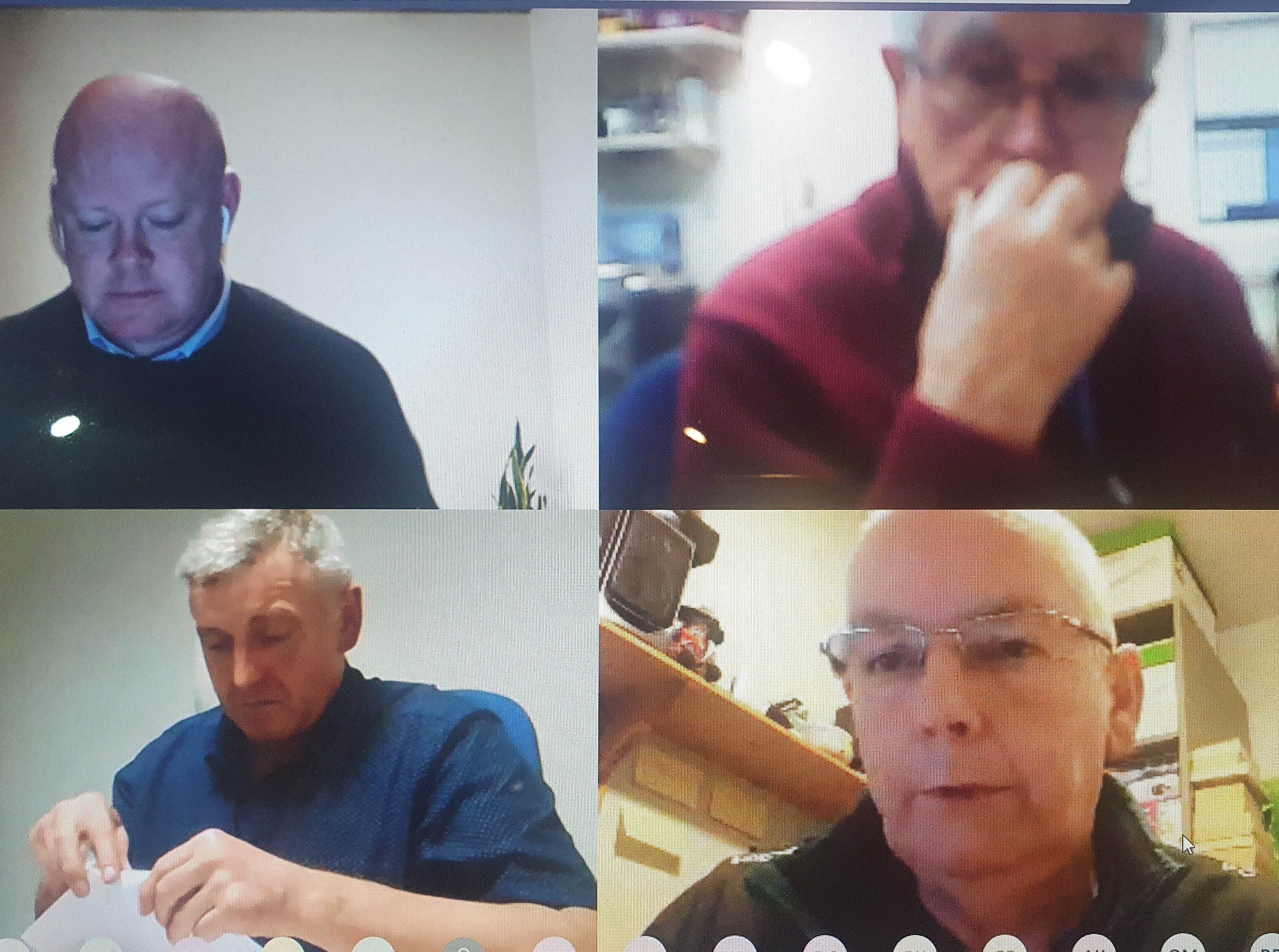 Once again the magic of Microsoft Teams provided the platform for the hosting of the Mullingar Shamrocks Annual General Meeting staged on Friday night, 3 December 2021. Full marks to secretary, Aidan O'Donoghue who choreographed the occasion to perfection. Change was the order of the day as outgoing officers Seán Hynes (Chairman), Aidan O’Donoghue (Secretary), Maria Carroll (Treasurer), Micheál Burke (Assistant Treasurer), Debbie Newman (Chairperson of the LGF Committee) stepped down after four years of amazing service.

Seán, Maria, Debbie, Micheál and Aidan were key officers in four of the most important years in the club’s history; They took office immediately after the all-important Club Forum and were part of the team for putting into practice the various suggestion that emerged from this meeting. Over the four years the club’s underage structures were reformed and finally in 2022 Mullingar Shamrocks will compete in Division 1 at all underage levels for the first time in several years. Numbers have increased as have the numbers involved in coaching complete with their coaching qualifications. The wonderful Na SeamrÓigi concept has grown from success to success. Fundraising initiatives were elevated to a new level that provided wonderful entertainment as well as revenue, beginning with the On the Ball show in the Greville Arms Hotel where John Mullane’s stand-out performance will never be forgotten by those fortunate enough to be present in the packed hotel. Then there was Strictly Shamrocks and the incredible The Sound of the Musicals not forgetting The Cube. The 2018 county senior football title achieved in the first Mullingar local Derby County final was the football highlight and was celebrated in style with a brilliant Dinner Dance in the Greville Arms. Not far behind was the capture of the Westmeath LGF intermediate title in 2020. And then Covid-19 landed and provided a host of new challenges to club officers. Seán, Maria, Debbie, Micheál and Aidan, thanks: you have done the club some service.

The club was fortunate to have members who were prepared to volunteer their services to the club as it approaches its seventieth birthday. David Nohilly was elected chairman, a member with a mountain of GAA administrative experience as a key member of the DRA to guide him; Gareth Doyle who has been involved in several aspects of the club for many years now takes on the key administrative role of secretary. David Coghlan and Ciara Keegan were appointed joint-treasures to continue the work of Maria Carroll who now joins Karen Hegarty and Óisin Masterson in the Registrars’ team. Des Maguire has accepted the role of cultural officer and no better man for the job as one who has served the GAA at the highest level in matters cultural. The outgoing administrative officers Detty Cornally (President), Tom Hunt (PRO), Adrian Keaveney (Vice-Chairman), Ritchie Daly (Assistant-Secretary), Joan Ormsby (Healthy Club Officer) as well as Barry Kelly and Pat Collins (Chairman and Secretary Under-Age Committee) continue in office with both Tom Hunt and Pat Collins announcing that they intended to step down at the end of the 2022 season. Carole Finch continues in her role as Secretary of the LGF Committee (Mullingar Shamrocks operate the One Club model). Sophie Hegarty is the club executive’s appointment as Children’s Officer.