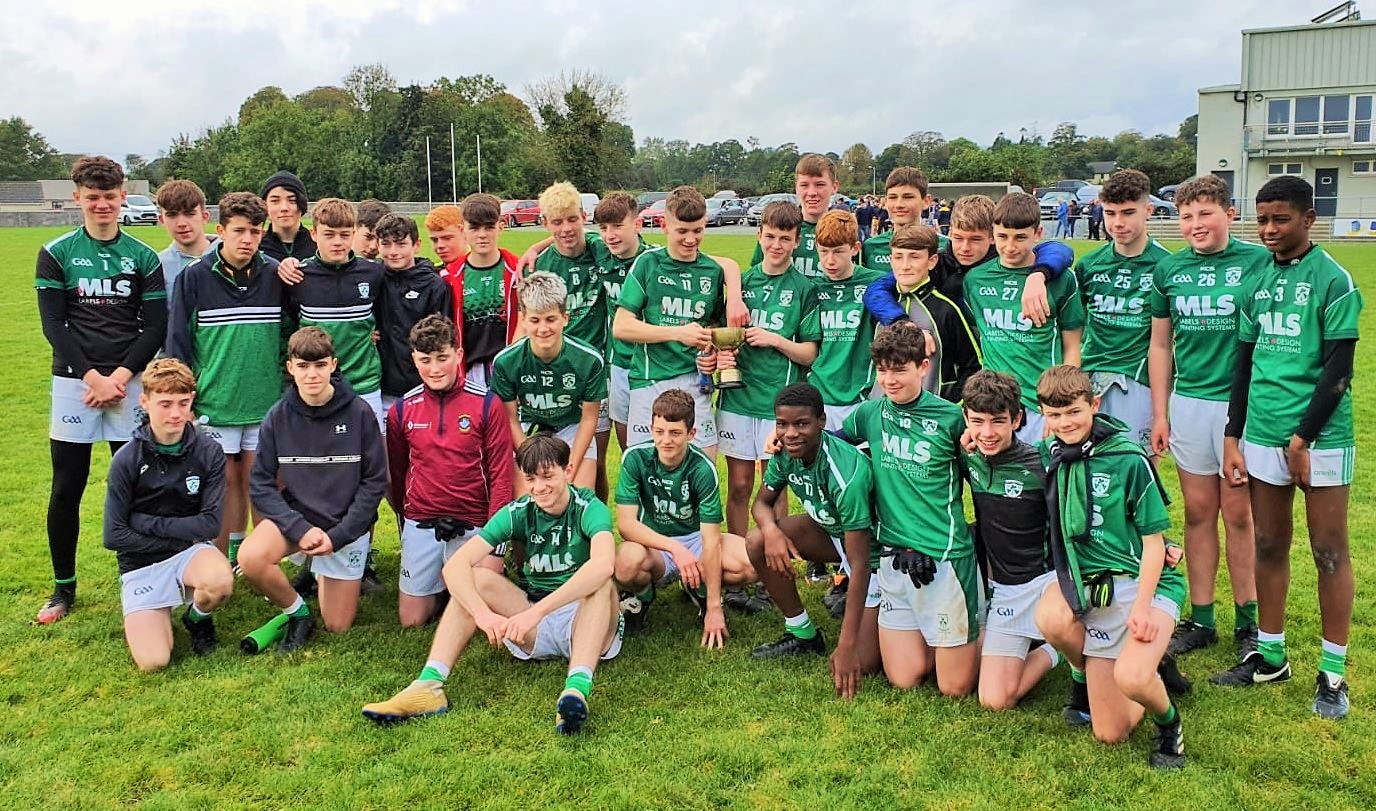 The 50th anniversary of the GAA’s Féile competition will certainly be remembered fondly by Mullingar Shamrocks’ under-15 players and supporters after Callum Rigney led his charges to victory in Killucan on Saturday morning last. The presence of four Division 1 sides in county champions Tubberclair, Killucan and St. Mary’s along with our own representatives ensured that whichever side emerged victorious was certainly going to earn the spoils. Shamrocks began their campaign with a renewal of acquaintances with Tubberclair and there was certainly an edge to proceedings as two competitive sides tried to get their campaigns off to a winning start. The green and whites began well but a late Tubberclair goal ensured the sides finished on level terms. The next game versus St. Mary’s became a must not-lose encounter and the Shamrocks’ boys produced an impressive display in chalking up a 1-9 to 0-2 win. Hosts Killucan had qualified for the final with two excellent victories against Tubberclaire and St Mary’s and we now faced them needing at least a draw to qualify for the decider. A 2-5 to 1-2 win ensured a rematch with the saffron and whites and the final was a hugely competitive match between two determined sides. Killucan seemed to have the upper hand at half time with the sides level and the advantage of the elements for the closing 15 mins. This challenge was faced head on by the visitors with every player producing a storming display to give Shamrocks the victory on a 2-6 to 1-4 scoreline. A very proud Callum Rigney accepted the Féile trophy from Minor Chairman Alan Leech before Callum was engulfed by his delighted teammates.

This win was a deserved one for a fantastic group of players who have trained with dedication and commitment since restrictions were lifted and who have continued to train twice a week since the county final defeat in Ballynacargy. Remarkably there were 31 Shamrocks’ players togged out in Killucan on Saturday with every player getting game time and each player should feel very proud of his efforts in ensuring that their year ended with silverware.