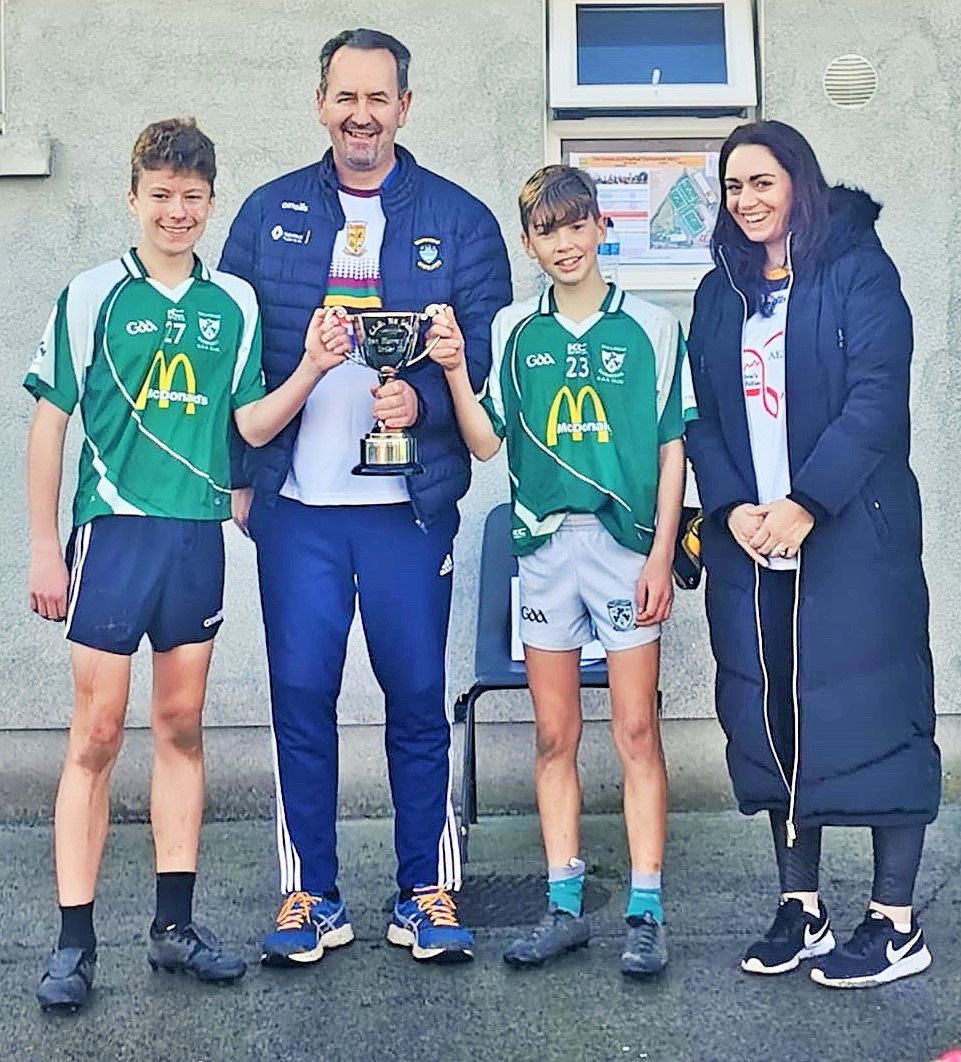 A significant loss to young Gaelic players during the Covid restrictions was the lack of tournaments held by various clubs. Shamrocks’ prestigious tournaments at under 10, 11 and 12 level were put into cold storage in 2020 and this year. This was certainly a factor in the top-class fare on display on Saturday morning and early afternoon in The Downs superb grounds as their Under-13 tournament was held. Approximately 120 eager youngsters took part showing huge enthusiasm and as usual the competition was smoothly run.

Shamrocks faced Killucan in their opening match and after a sluggish opening the green and whites began to dominate proceedings. Isaac Haughey, Dylan Byrne, Conor McDonnell, Paddy Colleary, Gareth Sweeney, Zac Masterson, Padraig Regan and team captain James Davitt were prominent as the side got their campaign off to a promising start.

Longford champions Granard were next up for the Shamrocks’ boys and this was a superbly contested game. Dillon Burke, Hugo Corroon, Zac Coyne, Declan Newman, Ryan McNamee, Harry Maguire, Rian Sheeran and newcomer Rory McCaul made significant contributions as the green and whites sealed their place in the Ben Murray trophy final with a hard-earned victory.

The host club were our final opponents and the large crowd in attendance were treated to a brilliant game with each side enjoying periods of dominance. The influential pair of James Ryan and Ted Aherne notched vital goals in the third quarter and a crucial point from Paddy Colleary extended the lead. Sean Hickey, Oisín Gavin and Conor Walsh performed heroics defensively and Ruairi Kilmartin’s work rate was superb. There were jubilant scenes amongst Shamrocks’ supporters and players when match referee Mickey Dan Murtagh blew the final whistle with the Shamrocks’ boys winning by four points.

This was a great win for a committed bunch of players who have suffered their fair share of disappointments this year. Their attitude and work rate on Saturday were second to none and was a testament to the work of the coaching team of Oisín Masterson, Seán Corroon, Derek Sheeran, Adrian Regan and Greg Gavin. At the presentation, a very proud team captain James Davitt stepped forward to receive the Ben Murray Memorial trophy from Ben’s parents Boris and Alma. Our thanks to The Downs club for inviting us to participate and for hosting a superbly run tournament.

Training for this group continues on Tuesday and Friday.