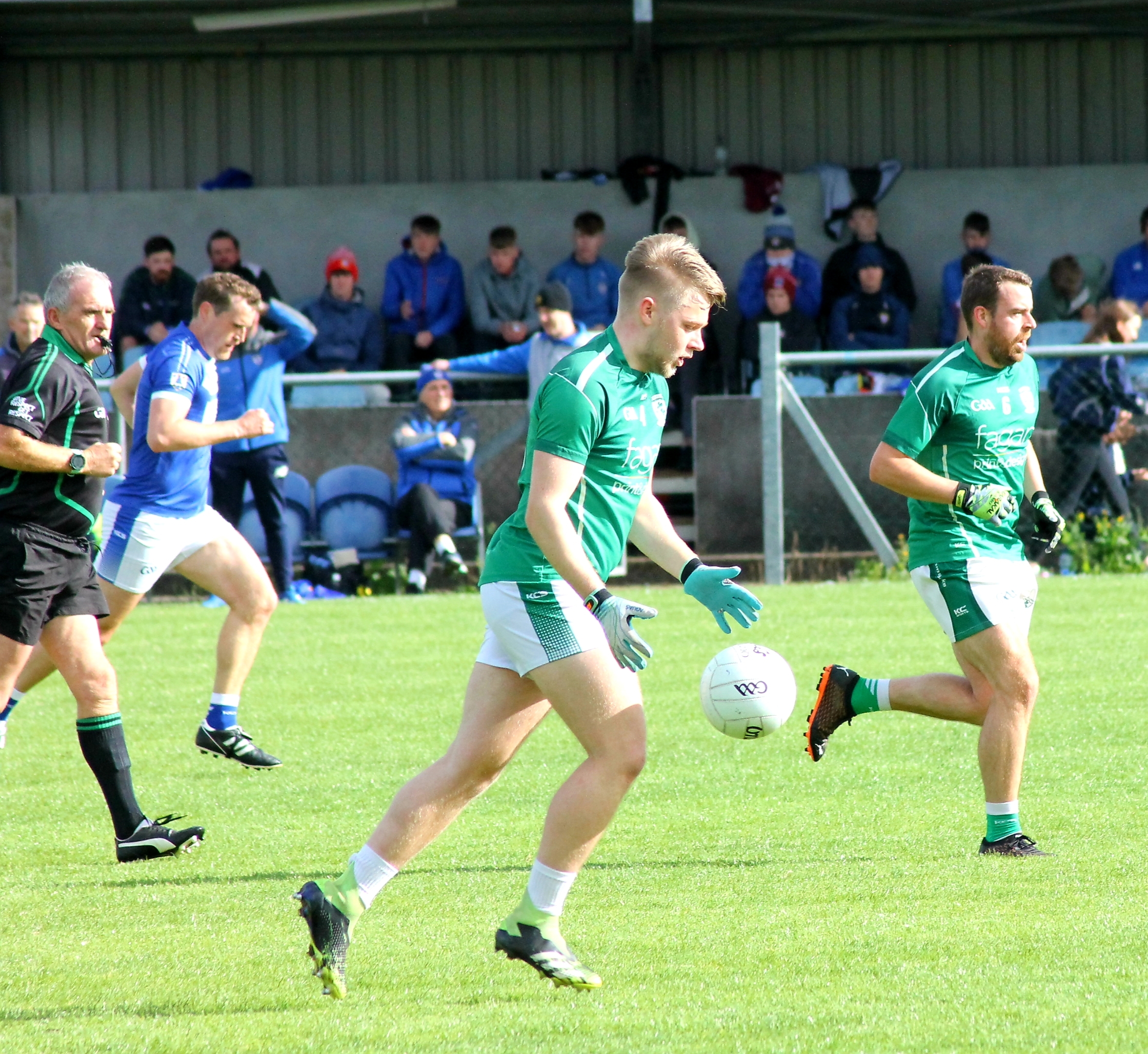 'A picture paints a thousand words' so check out the Mullingar Shamrocks Facebook page to view a great set of action pictures taken by Andrejs Turks of this match played at Lakepoint Park and we again thank Andrejs for his great work.

We completed the league section of the championship against St Loman’s on Sunday morning with both teams already qualified for the knock-out stages of the championship. St Loman’s were comfortable winners on a 3-15 to 1-11 scoreline. Sean Óg Hynes, Matthew Clinton in defence and attack, Brian Melody and Gary Corroon (100 % success rate from frees) were outstanding.

It is worth noting that we were prolific scorers in this championship with 100 points clocked up on the scoreboard in the five games played. Only St Loman’s with 119 points scored more.

We now play Castletown-Finea/Coole-Whitehall in the quarter-final of the championship.