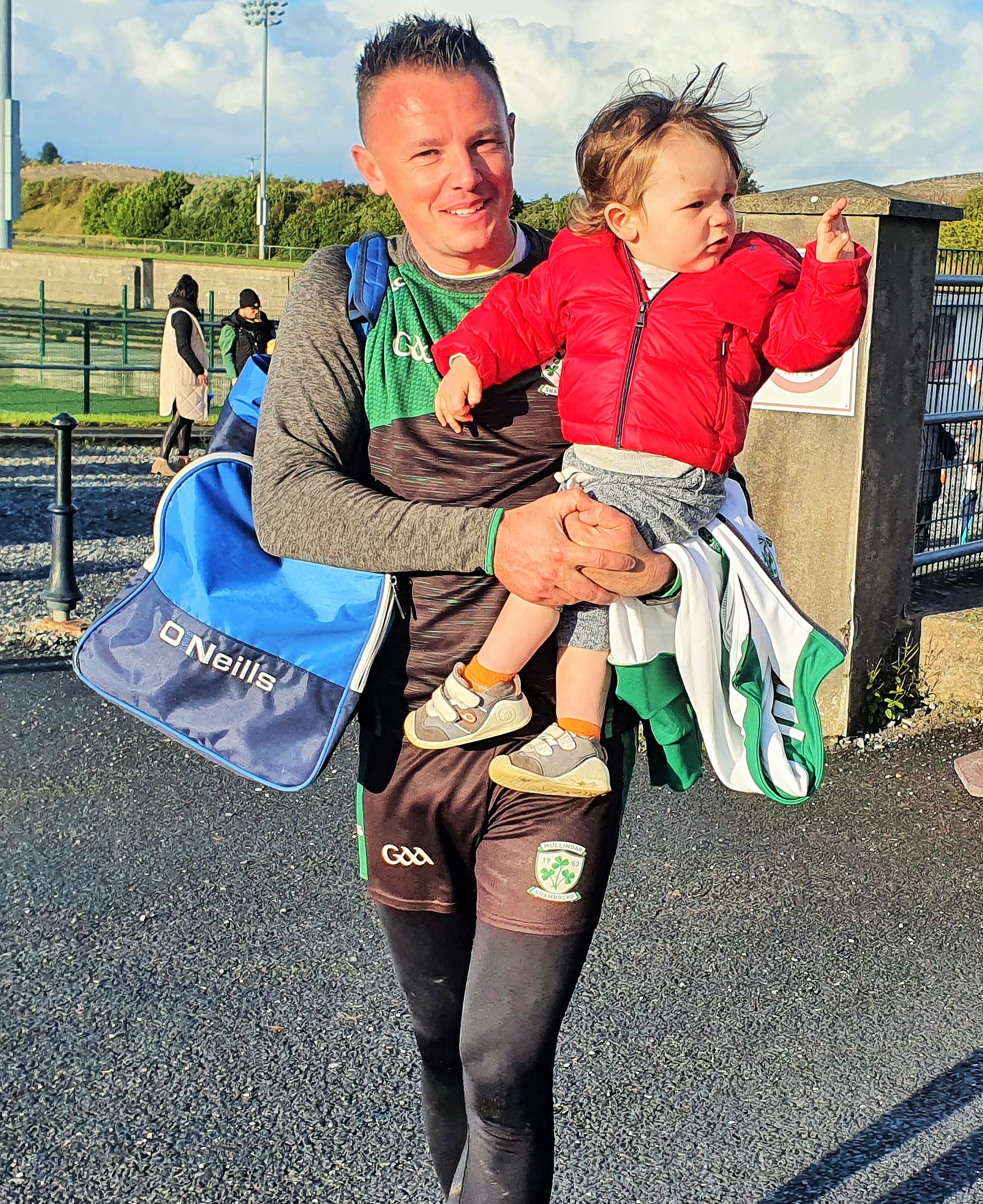 A win is a win is a win and this one brought with it the great prize of guaranteed senior football for the next two years, a very important requirement for a team in transition. It also secured a place in the quarter-final of the championship against Garrycastle. This fixture brings together the two teams that won the championship in 2018 and 2019 from Group B so its all to play for still in 2021 as Shamrocks top the group with the best score difference so those late points against Caulry and those super saves by Philly Shaw were all important when the addition and subtraction was calculated. Small margins and a two-point swing in favour of Shandonagh and we would have been facing into a relegation match with Killucan as the day’s results transpired.

However, the no ifs, buts or maybes default was a Shamrocks win would guarantee a place in the knockout stages and this was the result carved out by the boys on the pitch on a day that made constructive football difficult. With so much at stake both teams were cautious in their approach and much of the play was confined to the middle third of Lakepoint Park.

A fast direct ball to Alan Hickey in the first minute enabled the veteran forward to open the scoring for Shandonagh, a score which was balanced by a Ciarán Curley point minutes later. Davy Gavin, who had a great game at wing back, scored from long range to send Shamrocks ahead, a score that was neutralised by a fine Kevin Boyle effort (0-2 each). Another quick delivery sent Tommy Molloy through but again Philly Shaw with the support of Mark Flynn made another of his one-on-one stops. A Tom Molly free restored Shandonagh’s lead but Shamrocks responded immediately with an attack that ended with a Dean Moore pointed free. Tom Molloy kicked a great long range free and this too was balanced by a Jordan Warde effort which ended a long period of patient possession play by Shamrocks – our best team score of the evening. At the first water break, the sides were level at 0-4 each. In a largely uneventful second quarter Dean Moore and Kevin Boyle had the only two scores- the former from a free to send Shamrocks into the lead and the latter from play to level matters 0-5 each at the interval.

Shandonagh attacked from the restart and Daragh Conway and Kevin Boyle kicked good points from play but failed to build on this lead as Shamrocks activated all the life support systems. The siege was eventually lifted, and Dean Moore kicked two of the most important points in his football career. Two ultra-difficult frees from close to the sideline were curled between the posts by Dean’s educated left boot to level the match (0-7). Lorcan Smyth used all his strength to power through the Shandonagh defence and with referee Alan Coyne’s arm raised for an advantage, Lorcan knocked the ball between the posts for the lead point at the second water break (0-8 to 0-7). This was our only point from play of the final 45 minutes)

The fourth quarter started dramatically as before the restart Ryan Blundell was shown a red card by Alan Coyne and shortly afterwards, he was joined on the sideline by Shandonagh’s Brian Kavanagh who was black carded by the referee. Another Dean Moore pointed free edged Shamrocks closer to victory. Tom Molloy pointed from a free (0-9 to 0-8), Dean Moore (also black carded before the final whistle) restored the two-point advantage to Shamrocks before Molloy pointed one more time from a free. Unfortunately, for Shandonagh this was the last score of the day and Mullingar Shamrocks had won the crucial tie by the minimum margin (0-10 to 0-9).