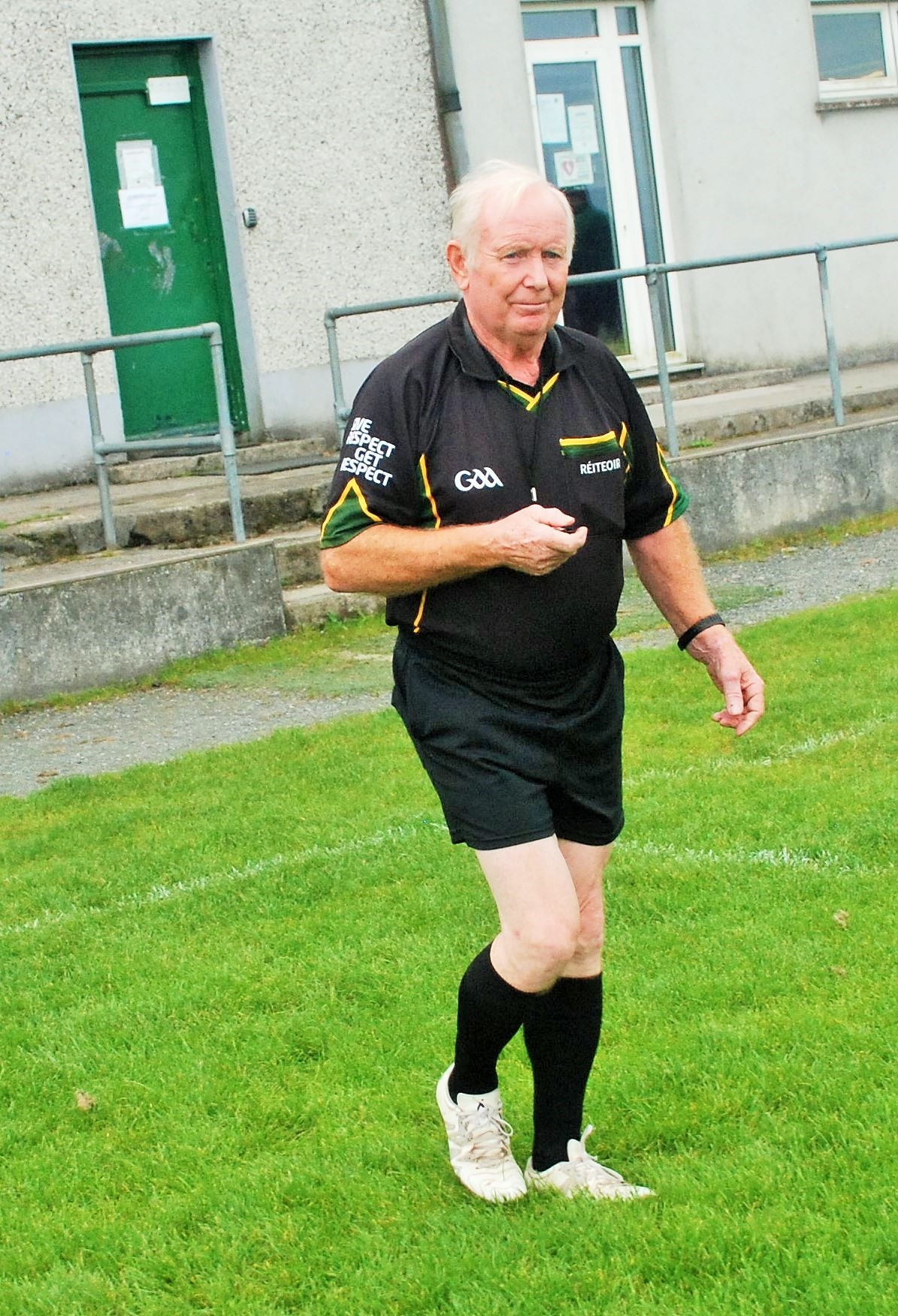 When John Joe Brady blew the whistle to start the Under-14 LGF final between Moate and Mullingar Shamrocks last Sunday it was the seventh decade in which the Milltownpass man had refereed a county final.

John Joe’s refereeing career began back in 1966 when he was recruited at short notice by the then county secretary Paddy Flanagan to officiate at an under-age match. Paddy promised John Joe that he wouldn’t ask him again if he obliged. Fifty-five years later and John Joe who has played in and refereed (at least twice!) all the county football finals from Under-16 to senior, is still calling the fouls.

John Joe recalled that he refereed his first county final in 1968 – the under-16 football final between Killucan and Tubberclare in Ballynacarrigy, before throwing in the ball on Sunday. Three years later at 22 years-of-age John Joe took charge of his first county senior final between Athlone and Moate All-Whites. The newly married John Joe temporarily interrupted his honeymoon to officiate and with his wife Mary returned London when the match was all over.

John Joe and Mary recently celebrated the Golden Jubilee of their marriage and true to form John Joe managed to fit in a refereeing stint on the special weekend.