Moate too good in Under-14 LGF final 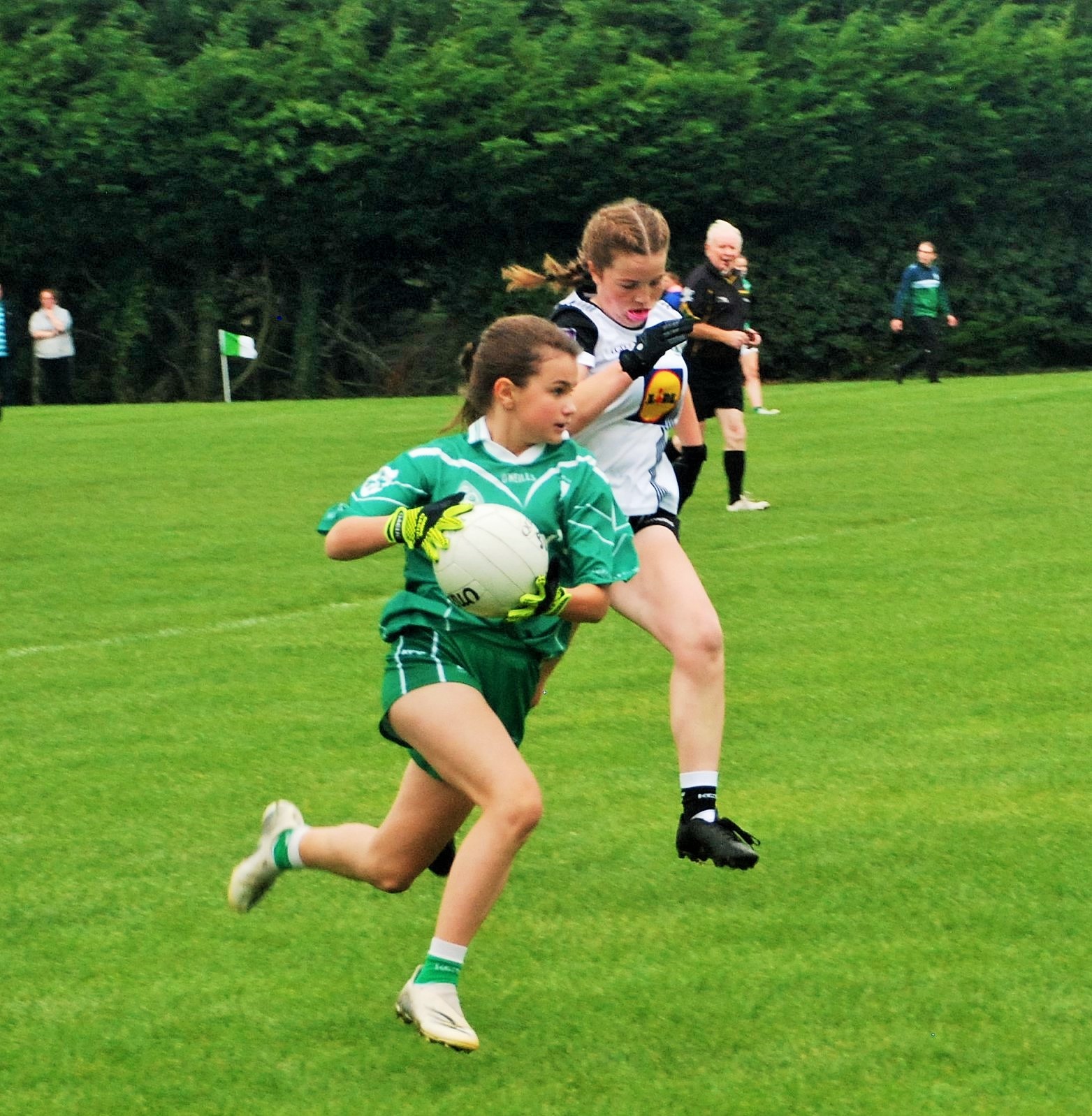 It was a disappointing result for our Under-14 girls in the county final on Sunday afternoon as Moate had five points to spare when long serving referee blew the final whistle. The result may have disappointed, but the girls had no reason to be disappointed as they performed excellently in the final with great skills on offer by all the girls. The sides were level 2-1 to 1-4 at the end of the first water break with Grace Daly scoring the opening point. After some good Moate defending Nicole Espandinha Henriques pounced to volley home Shamrocks first goal. Minutes later Zara Corroon was the quickest to react when the ball rebounded from the crossbar and scored Shamrocks second goal. Some heroic defending prevented Moate from scoring on several occasions with goalkeeper Abigail Molloy and the fullback line of Seoidin Thornton, Sarah Forde and Rosie O’Grady outstanding throughout the match. In the second quarter, Nicole scored a second goal and the brilliant Grace Daly added a point as Shamrocks led by 3-2 to 1-6 at halftime. Grace Fox was the best player for Moate and was responsible for 1-4 of her team’s first half total. Moate dominated the third quarter and added 0-6 to their first half total. Grace Daly kept Shamrocks in touch with the team’s only point of the quarter which ended with Moate All-Whites leading by 1-12 to 3-3.

Mullingar Shamrocks started the final quarter in flying form and with goalkeeper Abigail Molloy switched to an outfield role. Abigail was directly involved in the move that ended when Zara Corroon scored her second goal. Grace Daly added a point and Shamrocks went into a one-point lead. Unfortunately, it wasn’t to last and Moate added two breakaway goals scored by Eva Fox and Mackyla Murray as the rain poured down. A pointed Grace Daly free was not enough and at the end Moate had outscored Shamrocks 3-13 to 4-5. The girls had given their all and battled bravely to the end. Moate’s Grace Fox was awarded the Player of the Match and our All-Ireland medallist Karen Hegarty was on hand to congratulate Grace on her award. Our own Grace Daly with her wonderful skills was also outstanding and her ability to win possession and solo run was one of the highlights of the match. Grace is one of those rare players who can run faster when soloing with the ball.

The contribution of manager Seán Corroon and his team of Peter Thornton, Ritchie Daly and Margaret Donohoe to training and coaching the girls all season was immense and they deserve great credit for their work.