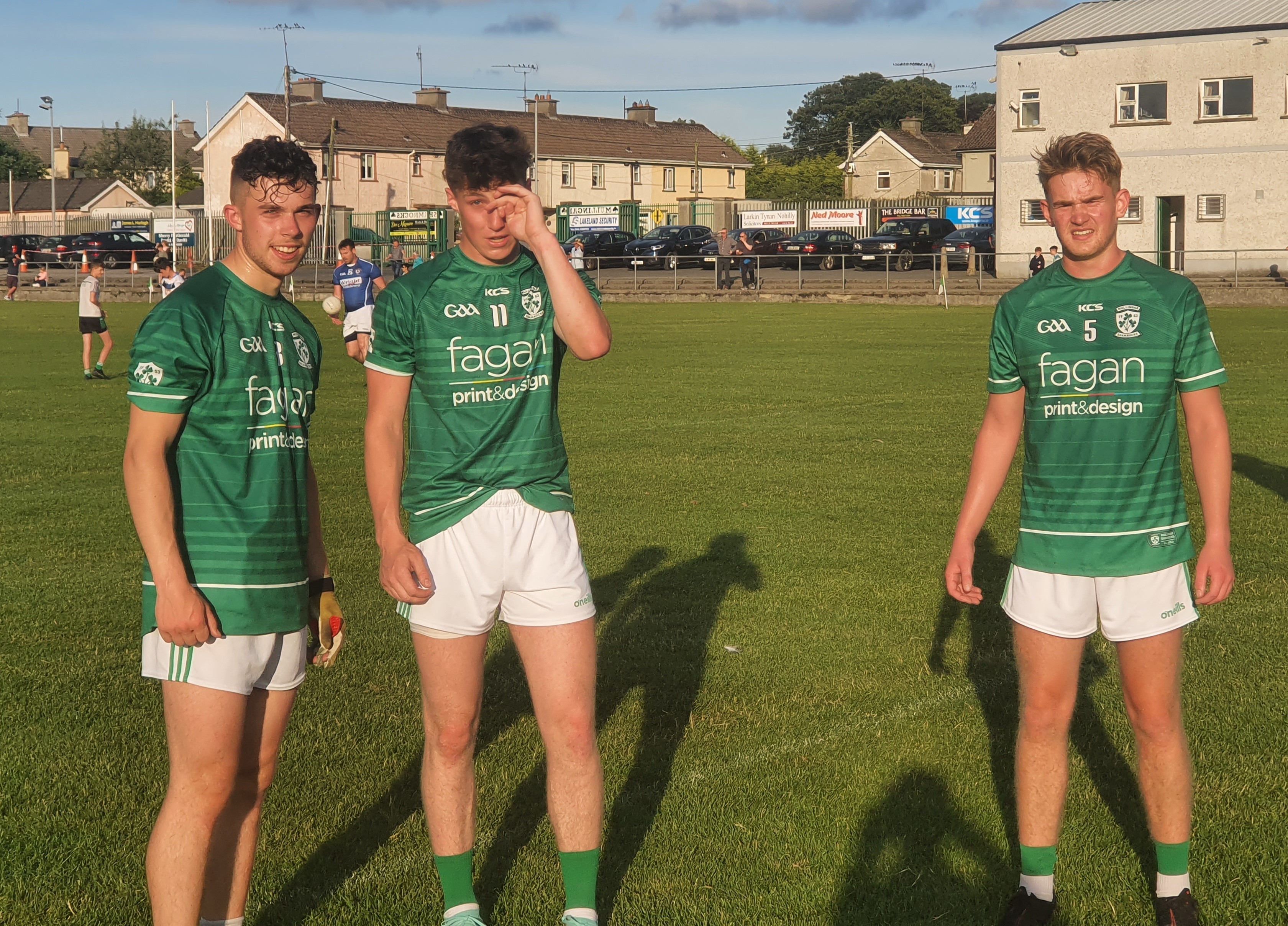 An enjoyable gallop in Springfield on Tuesday evening ended in a comfortable victory for St Loman’s who had progressed to the knock-out stages of the competition prior to making the short journey to Springfield. The sides were level at 0-5 each a half-time with Seanie Daly (0-2), Gary Corroon (0-2) and John O’Reilly with a superb effort contributing to the Shamrocks total. However, it was a piece of defensive magic that was the highlight from the Shamrocks perspective when Matthew Siode’s brilliantly timed block tackle prevented a certain St Loman’s goal. A Seanie Dinnegan point eventually broke the deadlock in the second half before Conor Cochrane nipped in for the two goals that secured the victory. Gary Corroon added a couple of pointed frees to the Shamrocks total, Seanie Daly scored the highest point of the night and Emmett Walsh completed the scoring. Sean Hynes was busy in goal and made a number of fine saves before Damien Maher called time.

BEST of LUCK to ALL INVOLVED ...

BEST of LUCK to ALL INVOLVED ...Lots of support needed...

@coachingwh to stage Coaching on the Green in Grange

Coaching on the Green ...Westmeath Coaching and Games De...

Fixtures and ticket arrangement for the weekend for @mull...

Fixtures and ticket arrangement for the weekend …Senior...