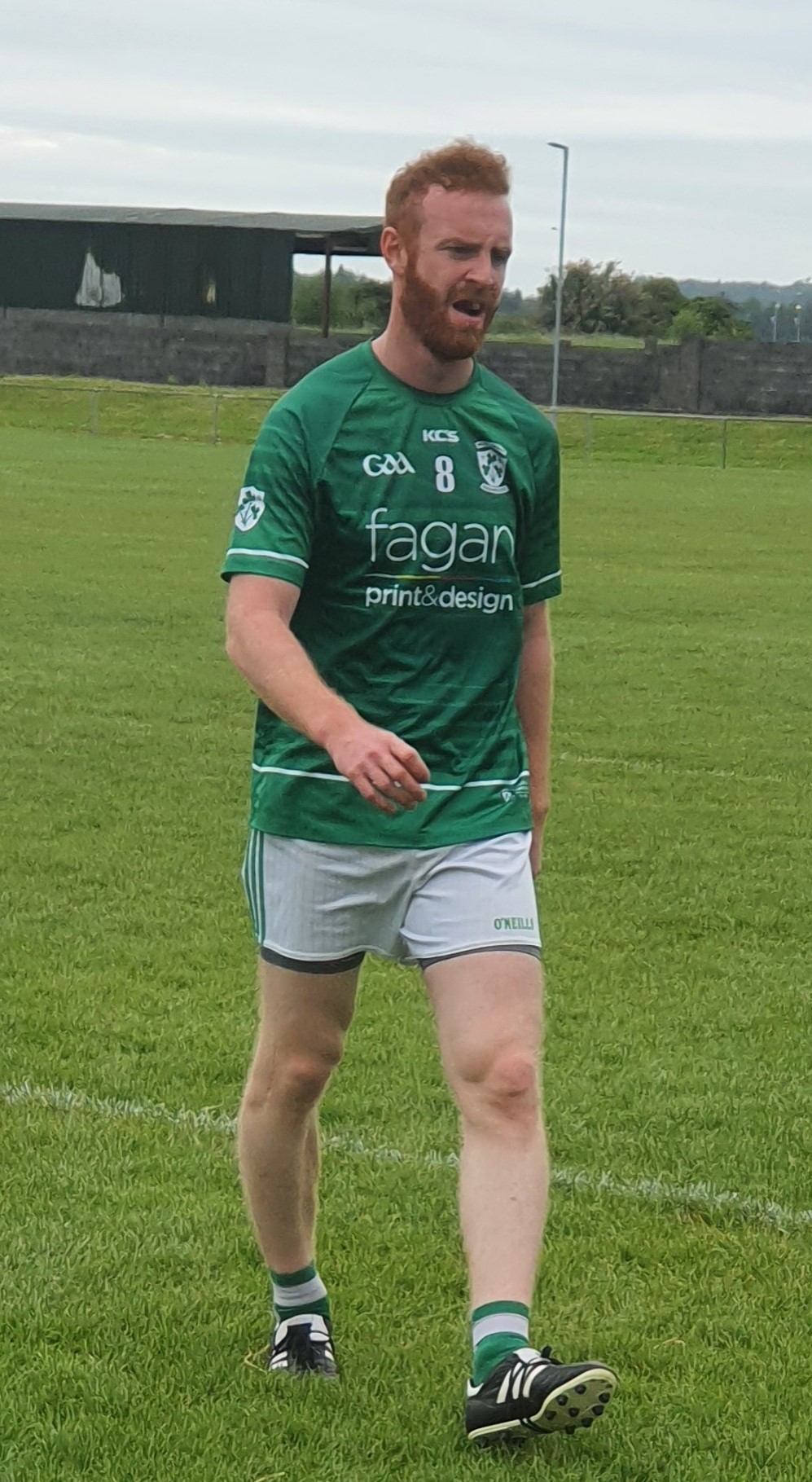 In what was a fine game of football full of energy and commitment played in Springfield on Sunday morning, Shamrocks shaded the verdict against St Malachy’s. Playing against the wind Shamrocks began smartly and raced into a 2-1 to 0-0 lead in the opening ten minutes. Dillon Matthews was the first to make an impression and good combination play from Gary and Pearse Corroon released the midfielder who crashed the ball to the net; a great save by the St Malachy’s keeper deprived Ciarán Curley of a second Shamrocks goal. Two men making their return to the Shamrocks colours added the next two scores. Seanie Daly, playing his first match since 2017 pointed and Matthew Maslin another long term absentee blasted the ball to the net after a great pass by Ciarán Curley created the chance. However, St Malachy’s gradually gained the upper hand and with three points in quick succession narrowed the lead before Gary Corroon added a second point to the Shamrocks total (2-2 to 0-3). With Conor Keegan and Alan Mangan leading by example, St Malachy’s added three more points to their tally before Ross Corroon pointed for Shamrocks. Points from Alan Mangan (0-2) and Conor Keegan (0-1) brought the sides level before a great Ross Corroon point from play restored the Shamrocks lead. Alan Mangan equalised from a mark and then the veteran forward slotted home a penalty before Ciarán Glennon pointed to give St Malachy’s an interval lead of 1-11 to 2-4 (following a recount).

Shamrocks dominated on the restart and points by Gary Corroon, Ross Corroon (0-2), Seanie Daly and Andrew Shaw secured a short-lived lead for Shamrocks as Malachy’s equalised almost immediately (2-9 to 1-12). Substitute Cormac Hynes had an immediate impact and his fine point restored the lead for Shamrocks but again St Malachy’s equalised. Matthew Maslin swung over a great point with the left boot, Sean Hynes saved well, Thomas Farrell pointed, Cormac Hynes did likewise, St Malachy’s added to their total and with time almost up the sides were level at 2-13 to 1-16 before Seanie Daly after a great Matthew Siode interception kicked the winning point just as he did back in 2012 when his string of second half points were the key scores when Mullingar Shamrocks defeated Garrycastle in the county final. Class is permanent.