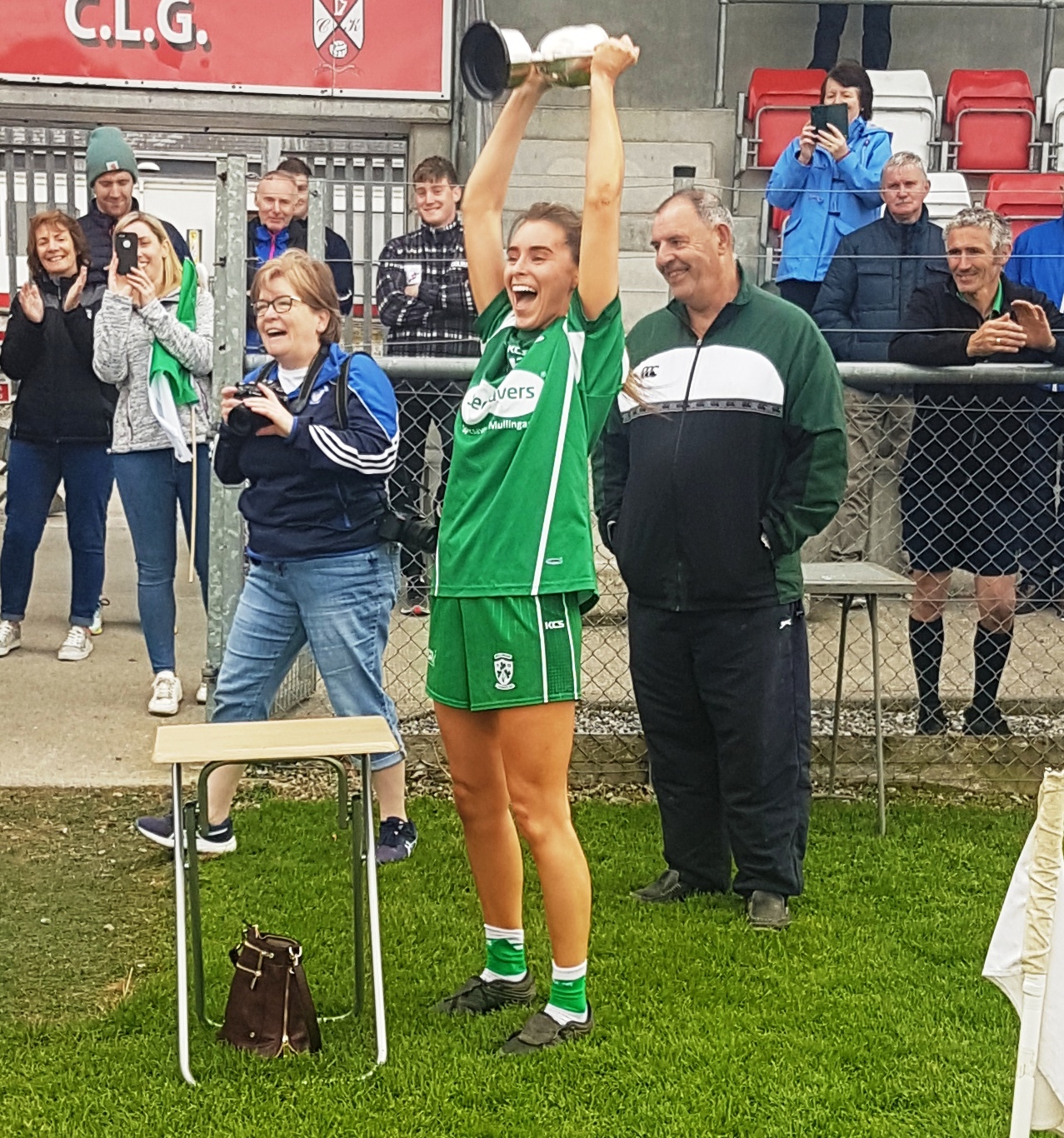 Q is for Questionnaire: An essential requirement of the Return to Play protocol as important as football boots and kit. First of all an online learning course was mandatory for all and this was examined by questionnaire. It was also mandatory that all players completed a questionnaire before each training session confirming that they were not carrying symptoms of the dreaded COVID.

R is for Robbie the man who stepped up to the plate in 2020 and superbly managed the Mullingar LGF team. Under Robbie's management the team very convincing winners of the county title and the girls gave a seriously good account of themselves in the Senior B championship before losing to Garrycastle after extra-time in a LGF classic in Springfield.

S is for Shandonagh, linked forever with Mullingar Shamrocks in the season of COVID. The story of a season in three matches, a season in which the Mullingar Shamrocks senior team played just 5 matches in Westmeath competitions, three of them against Shandonagh and two of these were eventually declared null and void. And it will come as little consolation to our neighbours that these were the only three matches we won this season. It all began on 16 February when the two clubs met in the ACL Div.1 in Arctic-like conditions in Springfield with Shamrocks shading a 1-6 to 0-6 victory. Lorcan Smyth returned to Mullingar Shamrocks and Dean Moore scored 1-3. This was the last ACL Div.1 2020 League match played by Shamrocks. It was back to Springfield again on 21 July when competitive fare resumed with a new abridged ACL League. On this occasion, with attendance limited to 200 including players and officials, Mullingar Shamrocks enjoyed the same margin of victory on a glorious summer evening. The scoring rate was a bit higher as Shamrocks finished 1-12 to Shandonagh's 0-12. Brendan O'Reilly was the goal scorer and Davy Coyne made a comeback from a cruciate injury after spending close to two years in the repair yard. Once again this result proved to be null and void as the mini-league was abandoned after one round. It was on to Kinnegad, on the last Friday in August, for the third match this one in a senior relegation semi-final played behind closed doors. Wilson Porter was organised to provide a live stream by Shandonagh and Shamrocks to facilitate our members and supporters. Conor McKenna and his co-commentator Ciaran Conway provided an excellent commentary. Possible relegation was at stake for the losers and in the end Shamrocks were comfortable 1-15 to 1-9 winners but it wasn't until the final ten minutes that the spectre of relegation was finally exorcised from the Shamrocks psyche and senior status secured for the 2021 season. New player, Killian Butler was a key player on this occasion as Dean Moore chipped in with 1-6.

T is for Tara as in Tara Fagan... the captain fantastic of our LGF team, leading the way from the centre-back position. Tara's form in the championship was good enough to secure a place on the Westmeath team for All-Ireland championship. An wrist injury early in the opening match against Longford was ignored and Tara played through the pain barrier to the end. This seemed to have ended Tara's season as the wrist was encased in plaster but like the old school players the plaster was removed prematurely and Tara worked to regain her football fitness and earned a recall to the fullback line for the All-Ireland final. Some player.

U is for Underage and in a year dominated by COVID numbers it’s worth noting that Shamrocks enjoyed their most successful year ever in terms of numbers of underage players participating. (A club’s ability to retain high numbers of players as they progress through the age ranks is deemed the number one criteria in terms of measuring success by many eminent coaches). From Adrian Keaveney’s work in leading his coaching crew with the under 4s, 5s and 6s to Karen and Sophie Hegarty’s efforts with our under 8, 10 and 12 girls to the Anthony Clinton led under 17s, Shamrocks’ boys and girls enjoyed a fantastic year of coaching and fun with over 60 dedicated coaches. Our under-13 boys qualified for the county final and Springfield was a hive of activity every day once restrictions were lifted. This large operation was smoothly coordinated, as ever, by Mr. Organisation himself, Pat Collins. Thanks to all those who volunteered to coach and encourage throughout 2020.

V is for video and video analysis has become a key element of team strategy in today’s GAA but Shamrocks’ members benefited in a different manner during lock down. Greg Gavin led the way with his team of eager assistants, Oísin, Anna, Harry and Lucy and our Under-11 boys responded wonderfully to Greg’s online promptings. Micheál Burke hired two able lieutenants in MJ and Josh and the Under-7 and Under-9 boys enjoyed their coaching drills. (A deckchair was demolished in the making of one video but hopefully Andrea hasn’t noticed !!!!). Karen and Sophie Hegarty’s skill challenges were also eagerly embraced by many underage players and were a Facebook highlight but the skills displayed by Efe and Eddie Moore took the plaudits especially Eddie when he skilfully drove the ball into Ned’s cement mixer at the first attempt, although the jealous ones suggested it was actually the 79th attempt !!!!

“Watch this space – Some exciting news coming soon. In c...