Under-13s start with win against Coralstown-Kinnegad 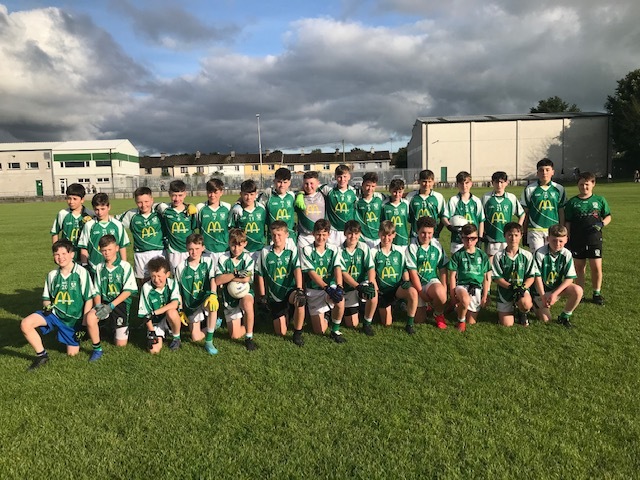 The cliché has to be used: this was the proverbial game of two halves. Mullingar Shamrocks dominated the first half and with goals from Criostóir Ormsby and Dillon Burke established a commanding interval lead of 2-5 to 0-1. That was as good as it got and for the second half Coralstown -Kinnegad dominated and were stretched Shamrocks to near breaking point. Inspired by a penalty goal they outplayed Shamrocks 1-7 to 0-2 but some great determined defending secured the two championship points.