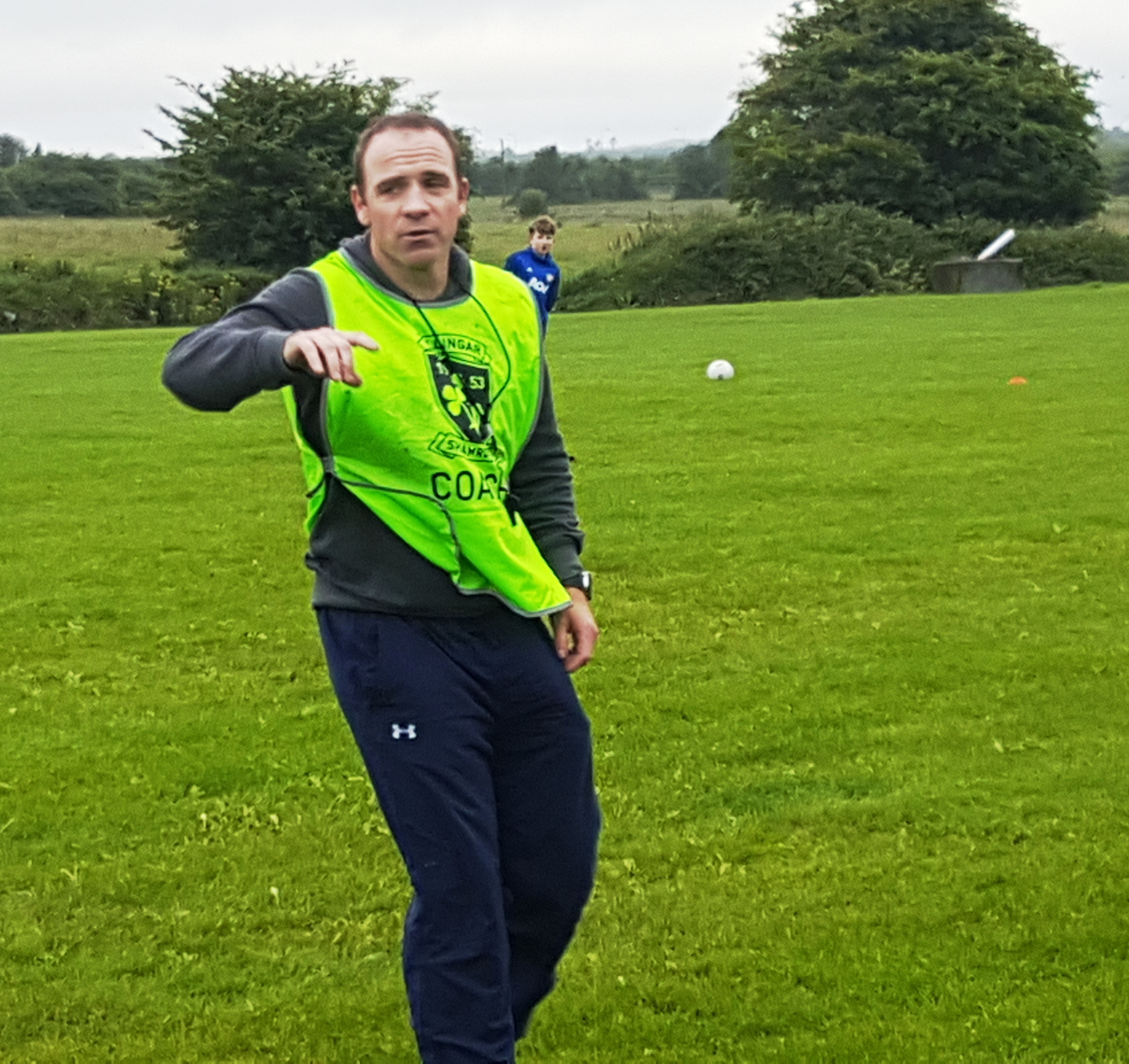 During the break from training from mid-March to late-June many Shamrocks’ underage and indeed adult players improved their repertoire of skills due to the wonderful videos posted by our underage coaches and their families. Greg Gavin set the ball rolling with his challenging weekly drills for our Under 11 group. Greg was assisted by Oisín, Anna, the always eager Harry and Lucy. Greg even found time to introduce a Spot the Ball competition which was greatly enjoyed by all the players. Micheál Burke’s videos involved MJ and Josh displaying their abilities and there was even a casualty in the form of a deckchair!!! Adrian Keaveney and his sons Huw and Austin helped our younger players to hone their performances and proved very able performers for the camera while Karen and Sophie Hegarty’s videos introduced a fun and competitive element with Eddie Moore’s pass into the cement mixer a particular highlight. Inquiries are ongoing as to how many takes were involved!!!! The club would like to sincerely thank all those mentioned above, not forgetting the camerawork of Caroline, Andrea and Kate. Brilliant work folks.

This week has seen the Mullingar Shamrocks’ grounds in Springfield transformed from its Covid 19 enforced spell of hibernation to a hive of activity, fun and laughter now that training and matches have recommenced. By Saturday afternoon every one of the club’s many squads had seen action, many of them on a couple of occasions. The Under 11s started the ball rolling with 42 players in Springfield on Monday evening and the action has continued non-stop all week. Thanks to Davy Gavin who carried out the essential maintenance during the lockdown period the pitches were in immaculate condition for the return to play.

The work involved by many people in facilitating this has been phenomenal. Parents have completed e-learning courses and submitted health questionnaires, players from 5 years of age to the more senior seniors have observed social distancing regulations, brought their own labelled water bottles and resisted the temptation to high five a brilliant block, a sublime score or an inspired interception. Coaches have sanitised footballs and cones, ensured that the protocols have been followed and devised innovative drills to get their charges back up to speed. Lead mentors have contacted parents regularly and checked the GAA’s return to play link on an hourly basis at times. The club executive have helped to erect signs, distributed hand sanitiser and ensured that all regulations were strictly adhered to. It has been a fantastic team effort by hundreds of people and all we can say is thanks to everyone. The past week in Springfield has been worth the effort.

Thanks too to all those who documented their careers and made public their memories of great moments in Mullingar Shamrocks, Westmeath's GAA and Westmeath LGF history. It all began with Kieran Gavin's memories of his week's trial with West Ham and the various pieces asas well as the Remember the Team features informed our younger memories of the great traditions and achievements of our players. WE will continue with these pieces when the playing season concludes. The pieces were also made a significant contribution to enhancing the profile of the club. We gained almost 200 followers on Facebook over the lockdown period. Thanks also to those who entered our 'Why I Miss Mullingar Shamrocks' competition. The judges are still in conclave and hopefully the results will be availalble soon. Thanks too to Ollie Gallagher for the many videos made available and uploaded on YouTube . We now have a full archive of our county titles winning finals since the 1980s available on the internet thanks to Ollie's generosity.

We must not forget our great fundraising event, driven by Kieran Gavin and Ritchie Daly, held over the June bank holiday weekend in aid of Pieta House and Heroes All. The €10,449 raised exceeded all our expectations and was a source of great pride for all club members.

Thanks then to all who helped to make the period of isolation a little less demanding.