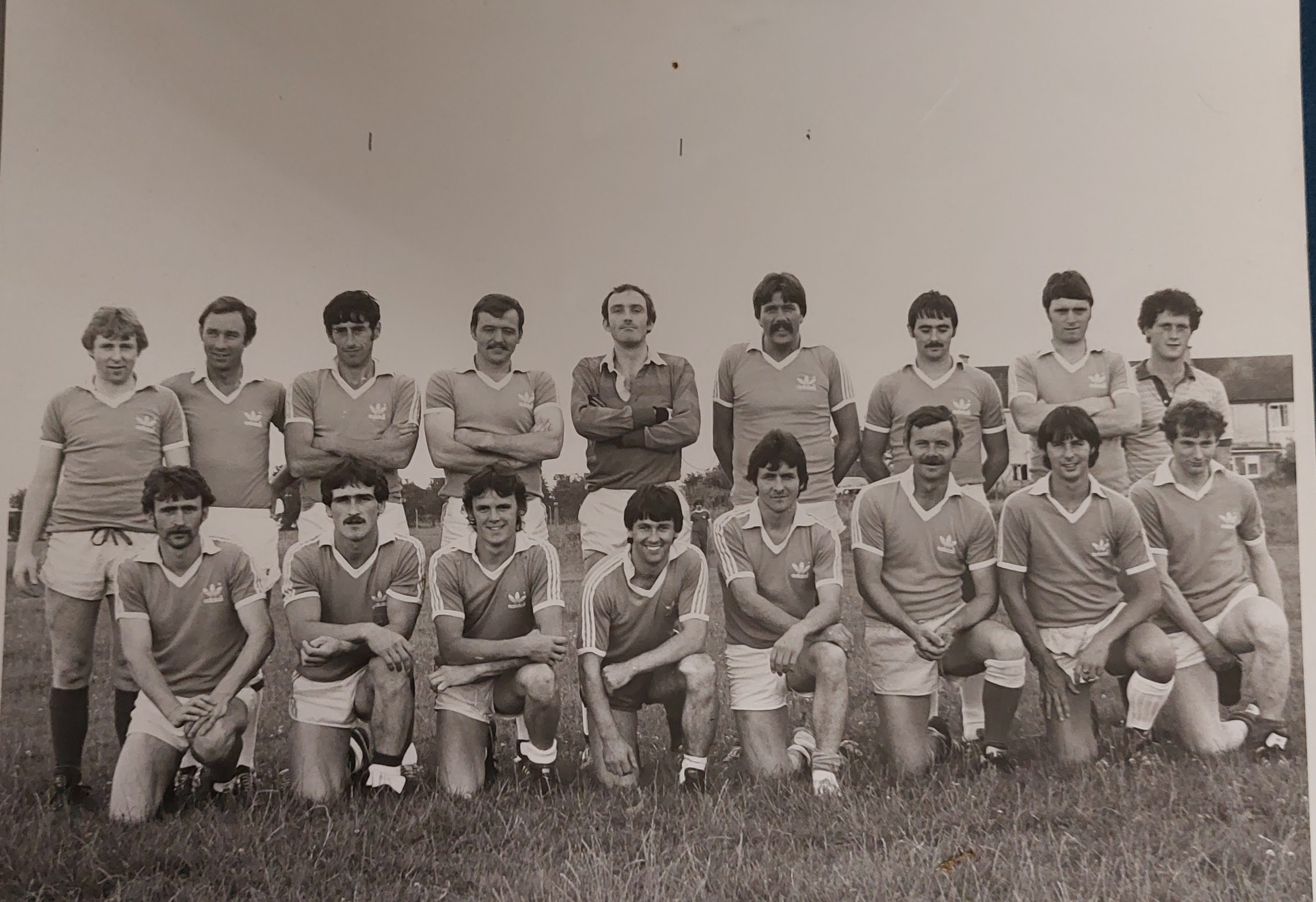 Most of the 1970s were difficult for Mullingar Shamrocks at adult level but success in underage grades provided some of the foundation for the glory days of the 1980s and 1990s. A corner was turned in 1979 when Mullingar Shamrocks qualified for the county senior final by defeating The Downs in the semi-final. The trend continued into the early 1980s with Leo Dowling and Joe Brady as managers stamping their authority on the preparations.

On Thursday, 5 August 1982, Mullingar Shamrocks, in preperation for the county semi-final, played Moy Davitts for a set of plaques in Springfield and emerged as 3-7 to 2-7 winners. According to the report, Mullingar Shamrocks were short a number of regulars but were well served by Gerry Nohilly, Spike Fagan, Denis Corroon, Peter Smith, Dominck Flynn and Patsy Fagan (Whatever became of those fellows?).

The picture, from the Tom Bardon collection, shows the Mullingar Shamrocks team on that occasion. It may be the only Shamrocks picture that includes the four Fagan brothers, John, Jim, Patsy and Spike.

The second picture which can be seen on the club's Facebook page includes the legendary Mullingar Shamrocks character, Mick Gaye.

A few housekeeping notes: 1. Tickets must be purchased...