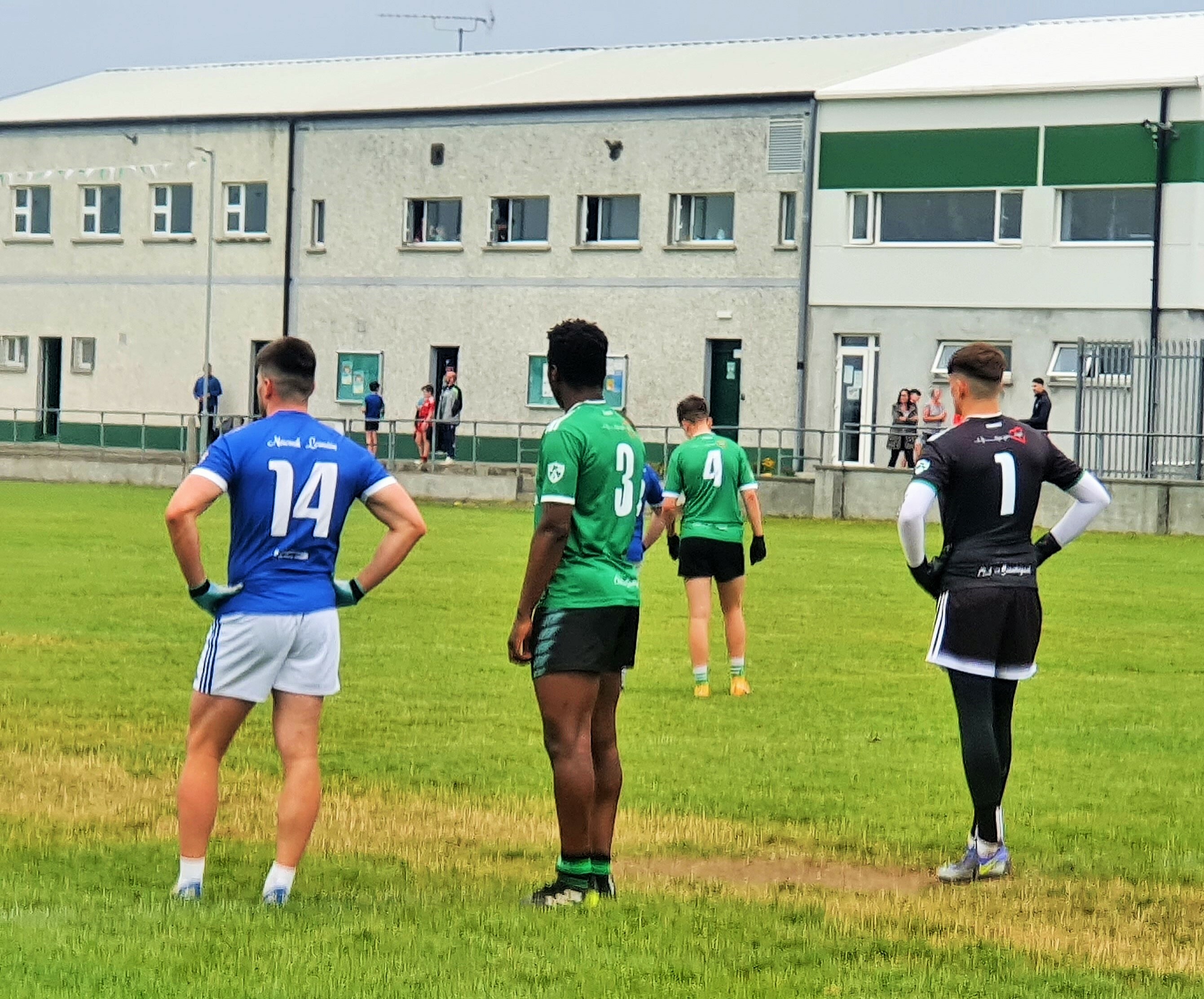 A great victory for Mullingar Shamrocks in what was a very fine and well contested game in Springfield on Friday evening. Shamrocks dominated the first half and with points from Trevor Keena, John O’Reilly and Gary Corroon (a difficult free) established an early lead. David Morgan pointed for St Loman’s but Seán Hynes replied with a fine effort to keep the gap at three points. A fine point from John O’Reilly that began with a superb interception by Eamon Breslin that was continued by a great run by Brian Farrell before John provided the finishing touches (0-5 to 0-1). The score of the night was yet to come. Trevor Keena scored a superb goal with a volley that the brother Aidan would be proud of if he netted a similar score for Sligo Rovers. Conor Cochrane narrowed the gap with a point before Gary Corroon fielded high, called the mark and converted the kick to give Shamrocks an interval lead of 1-6 to 0-2.

St Loman’s hadn’t gone away and aided by a significant wind scored seven unanswered points to bring the sides level after 20 minutes or so. David Morgan (0-3), Conor Cochrane (0-2), Conan O’ Hara and Shane Flynn were the point scorers. Great play by Tomass Turks helped to keep St Loman’s in check and Mikey Curley’ superb restarts were also vital during this phase of Loman’s dominance.

Shamrocks gradually worked their way back into the game and after a number of wides, Gary Corroon pointed a free to restore the lead. A needless black card for Brian Farrell at this stage could have proved costly but Andrew Shaw and Dónal O’Donoghue, on his comeback game, combined to create an opportunity for Trevor Keena and the centre forward, gradually regaining his best form, pointed and at the final whistle collected the two championship points.

Get Your Custom Fitted Mouthguard-Gumshield at the James ...

Get Your Custom Fitted Mouthguard-Gumshield at the Jame...