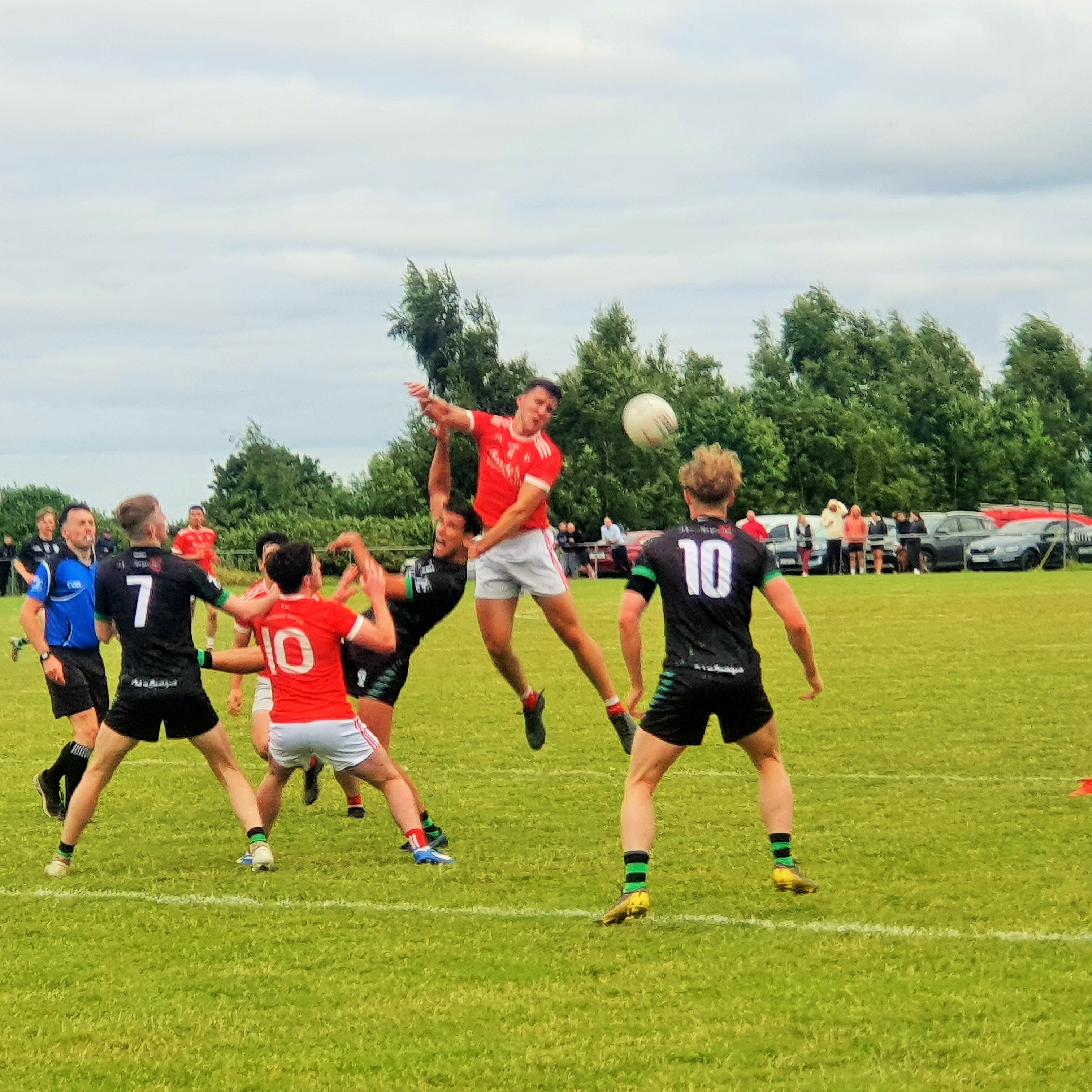 In this, the first senior football championship match played in Killucan, Coralstown-Kinnegad had 6 points to spare over a Mullingar Shamrocks team that battled to the end and the players could not be faulted for the effort on the night. Coralstown-Kinnegad playing with wind and hill in the first half attacked with pace, purpose and energy and generally dominated the half and had established a 1-2 to 0-0 lead after 10 minutes with points from Ger Leech (free), Callum Cruise and a goal from Liam Daly. Denis Corroon from a free opened the scoring for Shamrocks which was matched by a similar score from Darren Giles. A second Denis Corroon free narrowed the gap shortly after Ross Corroon was black carded. This time we managed the temporary numbers deficit much better and we outscored Kinnegad 0-2 to 0-1 during this phase of play with Jordan Warde kicking a fine point from play. In the final five minutes of the half, Wayne Fox, Eoghan Bracken and Darren Giles added points; Ross Corroon kicked a good long-range effort for Shamrocks to bring the interval score to 1-7 to 0-4 in favour of Coralstown-Kinnegad.

On the restart, Denis and Ger Leech shared four points, a great Dean Moore effort smashed off the crossbar, a great shot with very little space to pull the trigger that deserved better. A Paddy Fagan point was immediately matched by a like score from Callum Cruise (1-10 to 0-7). Denis Corroon pointed which was matched by a Darren Giles effort. The two final points were shared between Denis and Callum Cruise as Sean Martin saved brilliantly from a player who battled powerfully all night, David Gavin in the concluding stages.

Tonight in Springfield at 7.00 pm