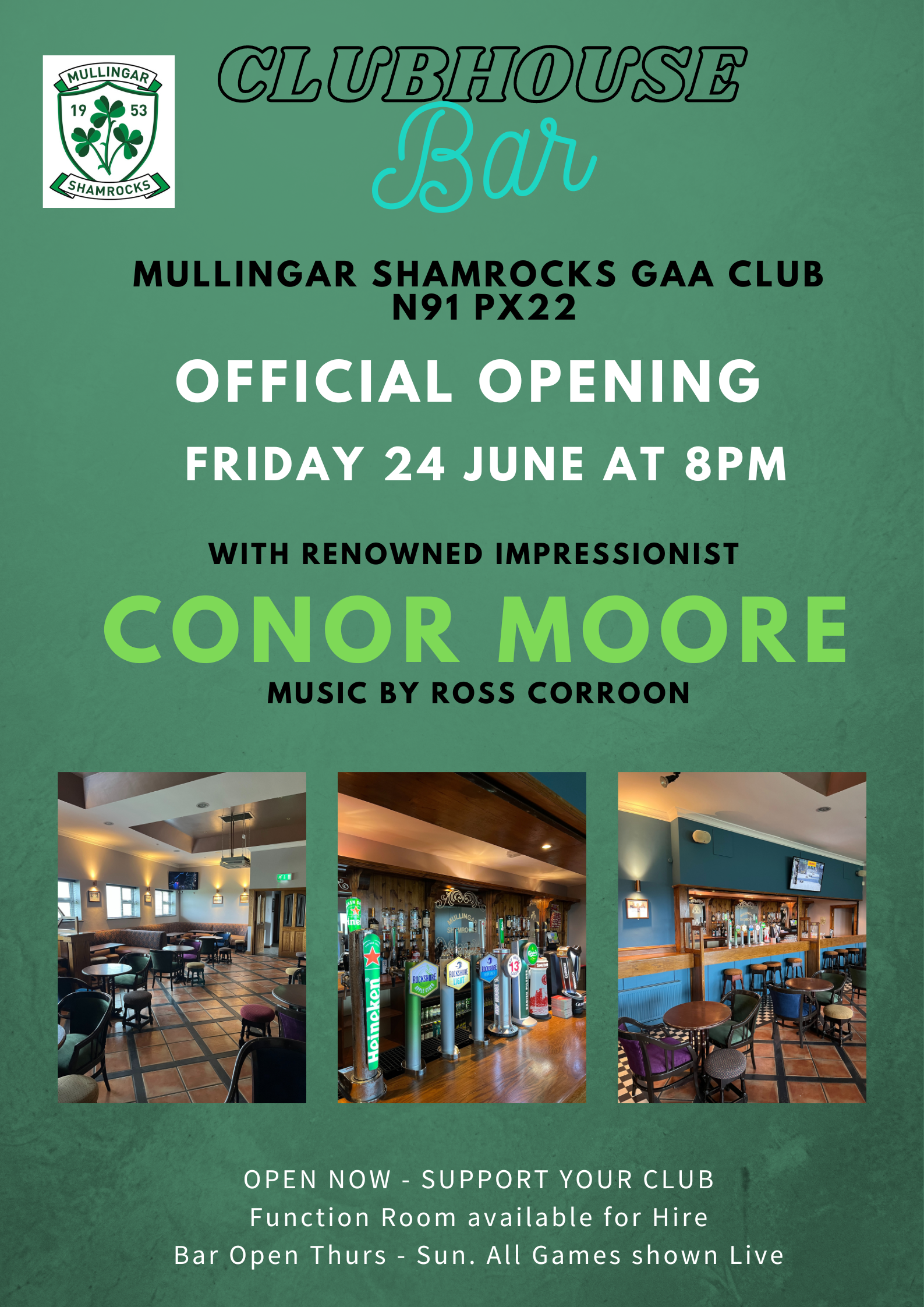 The advice is come early next Friday evening and avoid the rush for our Official Opening ceremonies with Conor Moore and Ross Corroon.

. After all it is not everyday we have an entertainer who sold out Vicar Street in a few hours and cracked the American circuit like few other Irish entertainers managed to honour the occasion.

Conor Moore comes back to where it all began to cut the ribbon and no doubt Ger Loughnane and Davy Fitz and Joe Brolly will cast a cold eye over the remainder of the championship and maybe even the golfing men who took the Saudi shilling might drop in.

It promises to be a great occasion with rising star Ross Corroon also entertaining.

The word on the street is that the next singing star to emerge from Mullingar will be Ross who is getting rave reviews on his return to the music circuit after the Covid interruption.

Ticketing Procedure for 2022 Westmeath Championships …A...