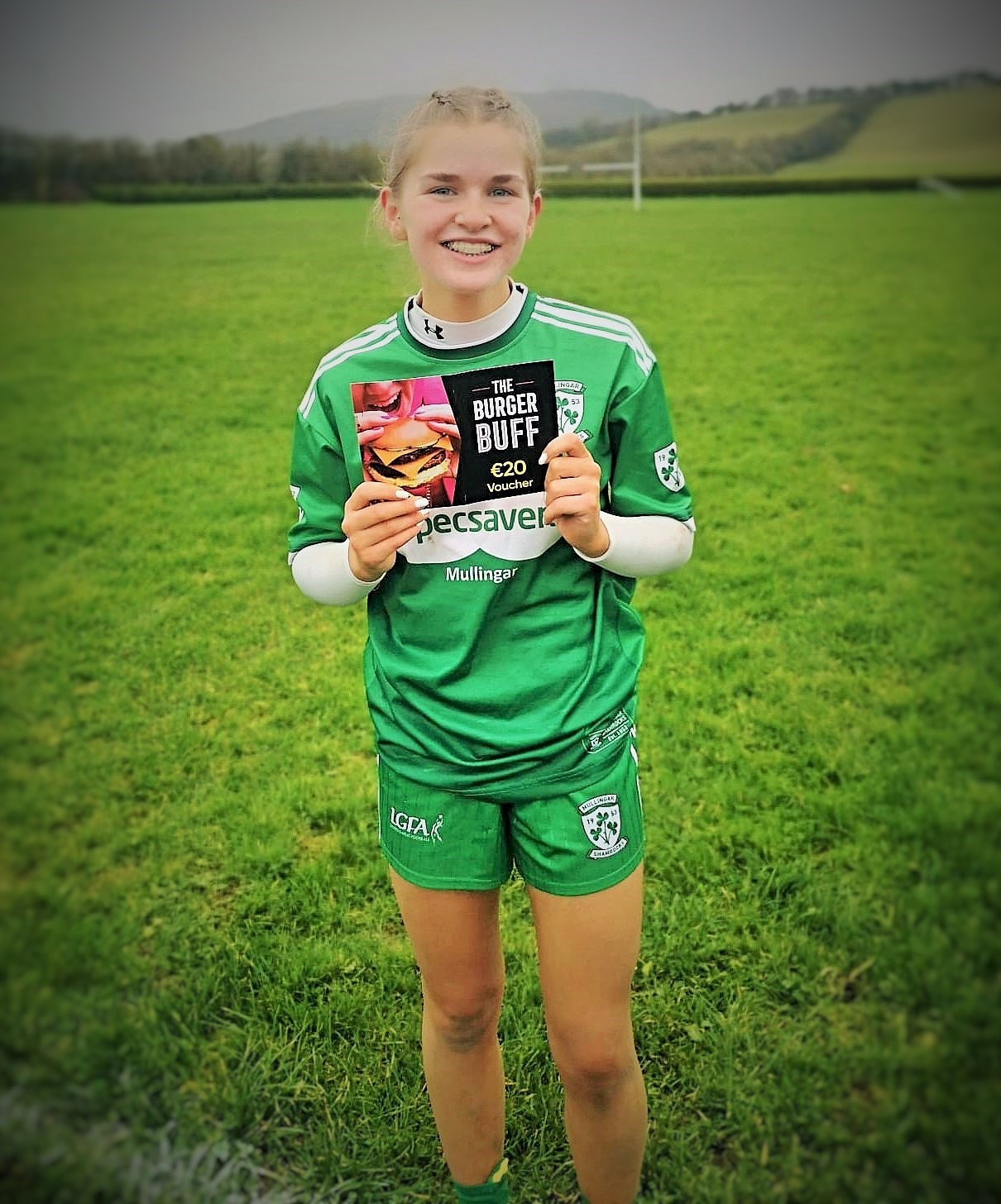 In the end it wasn’t to be but in Ballycomoyle on Saturday the girls battled fiercely and bravely to the end before running out of time when the possibility of salvaging an unlikely draw presented itself. Ballycomoyle were the better team on the day and were fully deserving of their victory and held the lead from start to finish but our players can take consolation from the way they have improved during the season of winter football.

Ballycomoyle dominated the early exchanges and with points from Cara Murphy and Zara Guinan and a goal from Reanna Kennedy secured a 1-2 to 0-0 lead at the end of the first water break. A Máiread Newman free reduced the deficit but a second Ballycomoyle goal scored by Cara Murphy extended the Ballycomoyle lead. Chloe Smullen and Máiread kicked points, Caoimhe McCormack pointed a free for Ballycomoyle but a pointed free by Mia Gilligan neutralised this effort. The half-time scoreboard read 2-3 to 0-4 in Ballycomoyle’s favour and in truth the gap could have been greater but for some wonderful defending by the Shamrocks’ girls. The tackling and covering was top class with Annmarie O’Reilly delivering a master class of good defensive work. Annmarie was a worthy winner of the Burger Buff Player of the Match.

The Mullingar Shamrocks girls reserved their best form for the last ten minutes; a great Jagoda Bartosiewicz goal kickstarted the revival; Chloe Smullen ripped the net with a penalty and Máiread Newman, who defied the pain barrier to take the field, added a point from play. It was now the turn of the Ballycomoyle girls to display their defensive capabilities as Shamrocks attacked in waves. Another penalty and once again Chole blasted the ball to the net. Unfortunately, the final whistle sounded on the restart and Ballycomoyle secured the county title.

Well done to all the girls who played in the four championship matches; it was great to witness the improvement from game to game. Thanks to the team mentors Emma Morris, Paul Aherne, Lisa Burke and Debbie Newman for their input to the team.