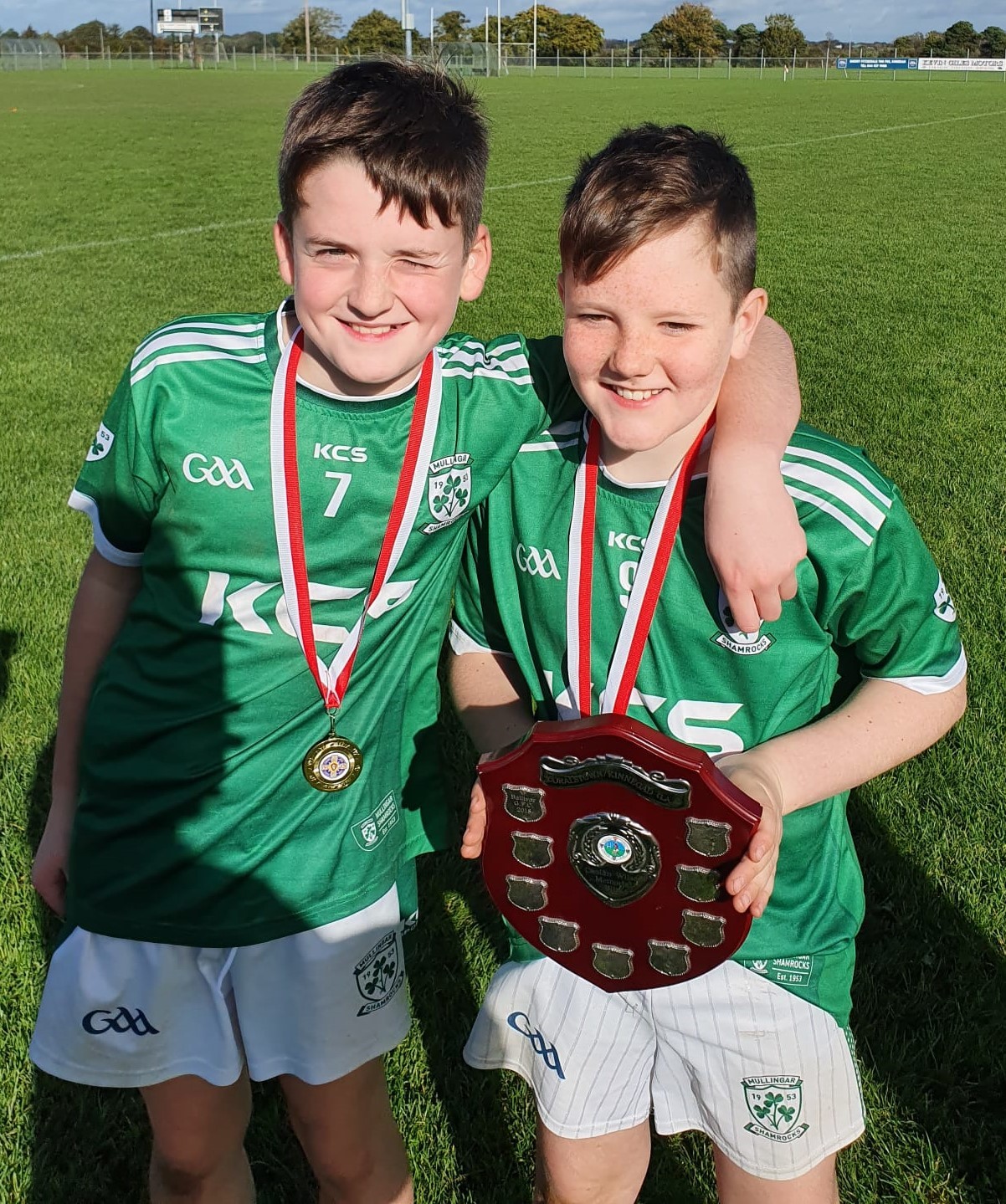 Another tournament for our Under-11's and this week the team was made up of mainly our younger 11's and some of the older lads helping out and they came away with the Shield at the weekend. Kinnegad, The Downs and Delvin participated along with Shamrocks in this 4 team tournament in honour of Caolan Wilson. Shamrocks first game was against Kinnegad and despite a slow start Shamrocks were very unlucky to come out on the wrong side of a two-point defeat after a last second goal by Kinnegad. Goals from Fionn Ledwith and Darragh Daly were key for Shamrocks. Conor Matthews and Sam Hunt also put in good performances up front. Shamrocks faced Delvin in their second game and in what was a game of two halves, due to a strong wind, Shamrocks found themselves 8 points down at half time. Shamrocks were a different team in the second half with Scott Farrelly and Theo Kelly dominating around the middle, Dylan Hanly and Christian linking play in the half forward line and Jamie Timoney, Darragh Daly and Eddie Leavy dominating the scoreboard helped Shamrocks came out on top by 3 points.

Unfortunately a draw in the other match meant we narrowly missed out on the cup final but had a Shield final to look forward to again against Delvin.

In the Shield final we again started against the wind but this time our backs were much more solid with Kian Newcombe, Killian Hand, Cian Traynor, Conor Glynn and Manus Kelly outstanding and Tom McCaul again making a string of great saves. MJ Burke and Scott Farrerly started dominating mid field and added scores. Up front Darragh, Christian, Eddie and Fionn got goals with Cian McNamee adding a number of assists. It was a great win for the lads and nice for them to get a bit more silverware.

The next two highest attendees in training were captains this week with Scott and Fionn accepted the Shield from the Wilson family.

Thanks to all parents and coaches and also to Kinnegad for inviting us and for the hospitality with treats for kids after the blitz and refreshments for all parents.