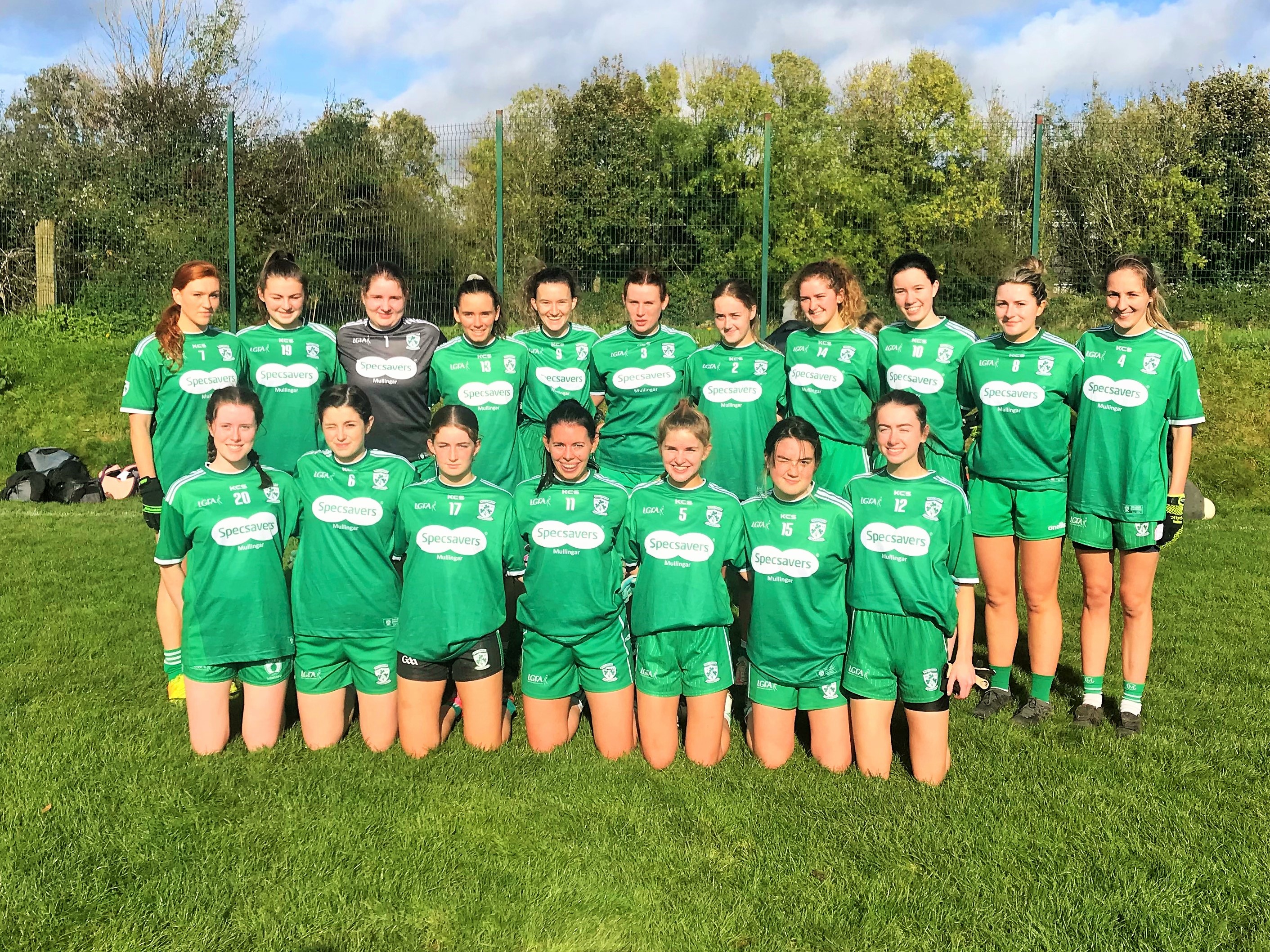 Mullingar Shamrocks exited the Senior B at the semi-final stage on Sunday afternoon after losing to Moate by the narrowest of margins. This was a keenly contested game between two well matched teams. Led by captain Sophie Hegarty there were strong performances by the entire squad. Playing up the hill the girls showed determination and skill matching Moate score for score in the first quarter, with both teams registering 0-3 each before the first water break. Moate pressed hard in the second quarter, however the Shamrocks defenders were tenacious and at half time Mullingar Shamrocks were a goal down with everything to play for. Unfortunately, the third quarter did not go our way and we went into the last quarter trailing by two goals. The second half had it all. Two yellow cards (one for each team). Carole Finch deputised in goal for 10 minutes, maybe a first for Carole? There were three penalties to add to the excitement including two for Shamrocks in the last five minutes both converted by Holly McCormack. We thought we had snatched a draw at the end and extra time awaited but referee Jim Rock delivered the bad news that this wasn’t so. The girls gave everything they had in the final minutes but unfortunate it was bitter disappointment for the team, losing on a scoreline of 3-10 to 3-9.

Today’s result did not go our way but overall, we have to be extremely happy with the season. Senior status was retained and lots of younger girls were introduced to the senior ranks. And we were a kick of the ball away from a senior semi-final and a senior B final. We aren't too far away. Another of the positive sides is that seven of our players in Sunday’s game will bring their experience of competitive action to the minor championship which starts in the coming weeks.