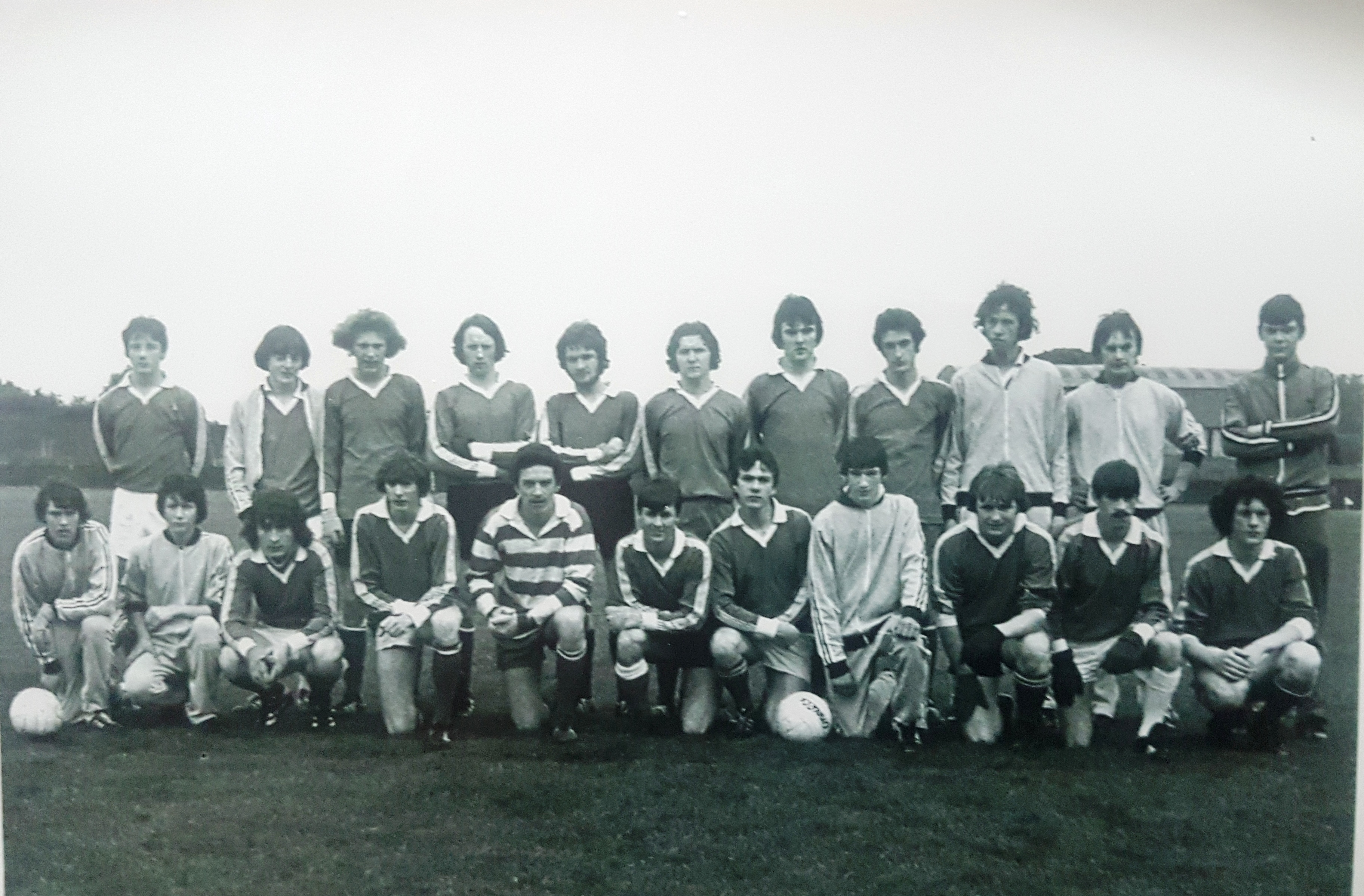 The Occasion: The 1997 Westmeath Minor Football Final played on 9 October 1977.

The Context: Mullingar Shamrocks previous minor title win was achieved in 1970 and had contested every minor final since except 1976 and had been beaten in all five finals, an unfortunate record. The 1977 minor squad had won the Under-14 championship in 1973 but were defeated in the 1975 Under-16 county final by St Mary's 0-7 to 0-4 with Ned Moore at midfield and Spike Fagan corner forward.
The Result: Mullingar Shamrocks 0-8 St. Paul's 0-7.

The Match:'A good, clean sporting game with neither side inclined to give way', was the Westmeath Examiner verdict on the game which was played in appalling weather conditions. Mullingar Shamrocks qualified for the final by defeating Tubberclair and Athlone and earlier in the season recorded a ten-point victory over St Paul's. This was different and in a very tight contest the teams were level on six occasions during the game; Shamrocks did most of the attacking but missed many chances. Michael Daly (St Paul's) opened the scoring but Vincent Hughes kicked two points to establish a Shamrocks lead. Sean O'Boyle equalised before a St Paul's effort came back off the post and was collected by Ned Moore who found Patrick Dunne with his clearance. Patrick delivered to Ger O'Keeffe who kicked the lead point for Shamrocks. Barry Whelehan and Patrick Dunne exchanged points before Michael Daly and Sean O'Boyle pointed to give St Paul's an interval lead of 0-5 to 0-4. Wind-assisted Shamrocks drifted further behind after the interval when Joe Carr pointed. Points by Ger Deegan and Peter Ledwith levelled the match for the fifth time (0-6 each). A Tommy Daly point sent Paul's ahead again before substitute Matthew Bardon, who captained Mullingar Shamrocks to victory in the Under-14 final a few weeks earlier (that's a record that won't be equalled any time soon) , equalised for the sixth time. Finally in the twenty-sixth minute, Ger O'Keeffe, a superb footballer, scored the crucial winning point. St Paul's missed a 35-metre free and Shamrocks missed a golden opportunity to goal before Johnny Garvin blew the final whistle.

Comment: The Mullingar Shamrocks Notes put it on the record that: 'The resilience, spirit and unyielding qualities of this Minor team will be talked about for many a day' and declared that 'the Man of the Match accolade goes to N. Moore who gave a memorable performance from start to finish. Vying with him for this award was E. Brennan who gave a regal performance at centre half back'. The pre-match pen pictures described 'Michael Fagan as a determined player, a great trier' which in the language of the GAA is a nice way of saying he isn't very good. Less than ten years later the great Spike was playing for Ireland. Later in the year, Ned Moore was awarded the Mullingar Shamrocks Young Player of the Year Award.