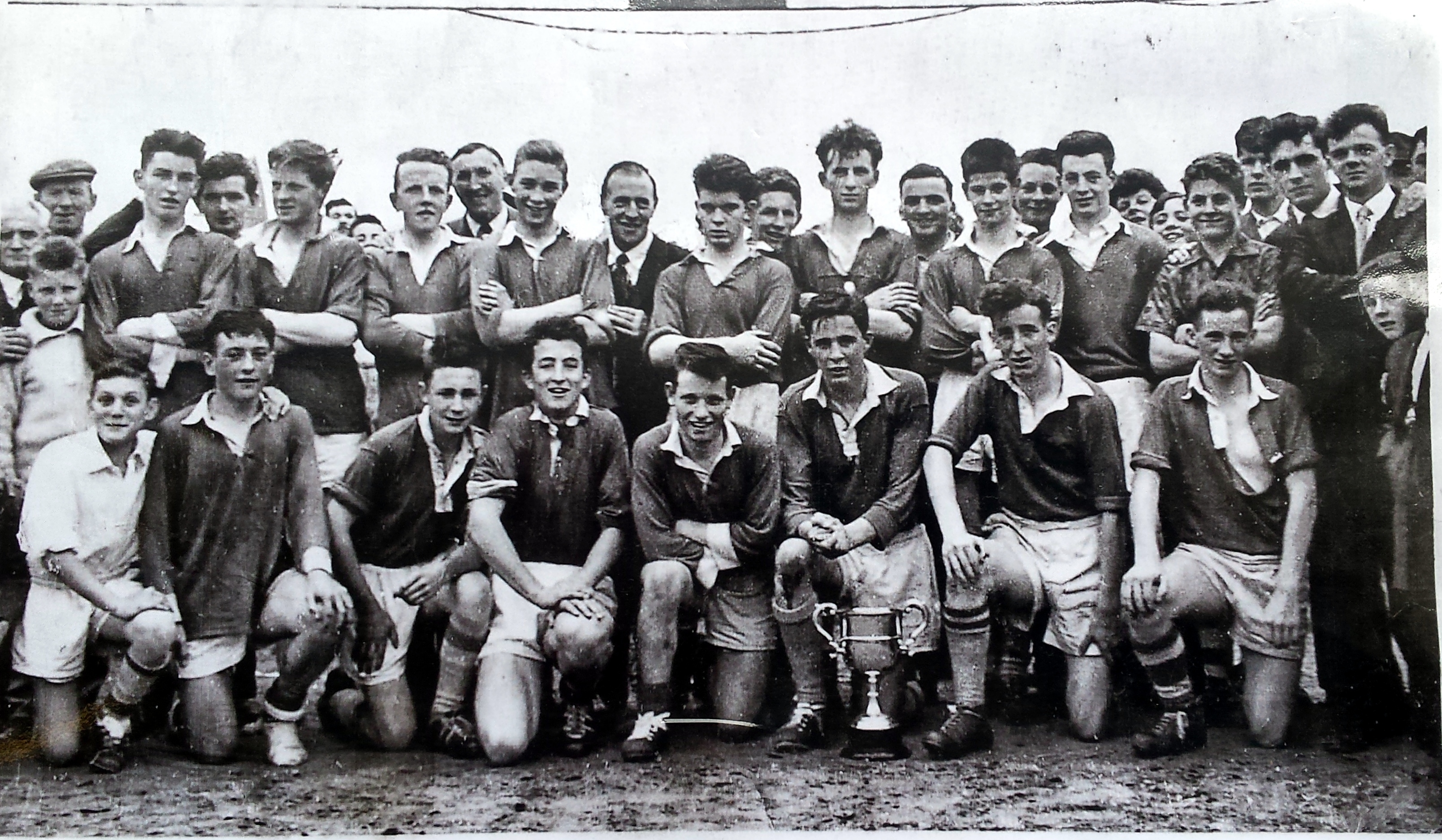 The final was played on 3 September 1961 in Moate and Shamrocks were comfortable winners after the sides were level at the interval. Colm Connaughton opened the scoring with a pointed free for Shamrocks and ended the day with 0-4 top his credit. Tony Mulderry, Kevin Nugent and Paddy Cole scored the other points. Terry O’Dowd (wonder where did he go to?) scored the two goals. Kevin Nugent according to the Westmeath Examiner report ‘had a star game at midfield and dominated for the hour’. Ollie Mulvey Larry Woods, Johnny Ryan and Kevin Higgins provided a strong defence whilst ‘Franke Connaughton’s long clearances saved many a score’. Colm Connaughton, Terry O’Dowd and Christy Keenan were the best of the forwards and had ‘outstanding games’.

Note 1: In 1967, Westmeath defeated Dublin 1-6 to 0-8 in the Leinster senior championship. Three members of this team played a crucial part in this shock victory. The Irish Press identified Paddy Cole as Westmeath's man of the match: 'He had a brilliant hour and almost single-handed repulsed many first half attacks'. Vinny Murray was a second half replacement for T. J. Finneran and scored Westmeath's first two points from play and a great Kevin Higgins save when Mickey Whelan was through, mid-way through the second-half kept Westmeath in the game.

Note 2: Three of this team were later ordained to the priesthood. In June 1967, Tony Mulderry was ordained and later departed for Miami and has served in various locations in the state of Florida since that date including Fort Lauderdale, Miami Beach, Key West and before he was appointed founding pastor of All Saints Parish in Sunrise, Broward County in July 1982. He arrived to an empty plot of land and when he left the parish twenty-two years later, All Saints had a church, a preschool, a grade school, a parish hall and several classrooms for religious education. Since January 2004, Fr Tony has been based in St Gabriel’s Parish, in Pompano Beach, Florida. In June 2017, Fr Tony celebrated the Golden Jubilee of his ordination and in July 2017 he delivered a memorable sermon in the Cathedral which drew an appreciative round of applause.

Michael Kelly from Ballinderry, Mullingar was ordained by Bishop Joseph Houlihan from Kenya on June 16, 1968 at All-Hallows College, Dublin and celebrated his first Mass in the Cathedral on Monday morning, 17 June. Fr Kelly has ministered in the Archdiocese of Floridan since then and has served in North Miami, West Palm Beach and in Coral Springs where he has been pastor since 1985.

Note 3: Kevin Nugent was ordained in 1966 and as a member of the Columban Order became a missionary priest and was based in the Philippines for six years. Kevin then opted for a career change and is now a world-renowned expert in early childhood development.

Note 4: This team provided a great return for future Shamrocks adult teams. Six of the team played in the 1964 county final when Shamrocks landed their first senior title. Tony Mulderry played at full-forward in the early rounds; as a clerical student, he had returned to the seminary when the final was played and was replaced by John Daly. At the time students for the priesthood were not allowed leave to play football. The same six also played in 1966 when Mullingar Shamrocks won the second county title. Kevin Nugent’s football career was similarly interrupted and as we saw last week he was suspended in 1964 for playing in a soccer match in the Greyhound Stadium. In the 1967 Senior championship, first round v Killucan, the Mullingar Shamrocks team included Fr Kevin Nugent at mid-field and Fr Tony Mulderry in the full-forward line. This will hardly be repeated in the future!

Note 5: Terry O’Dowd has also been on the missions since 1961, a mission to promote football and hurling in Mullingar and in Mullingar Shamrocks especially.