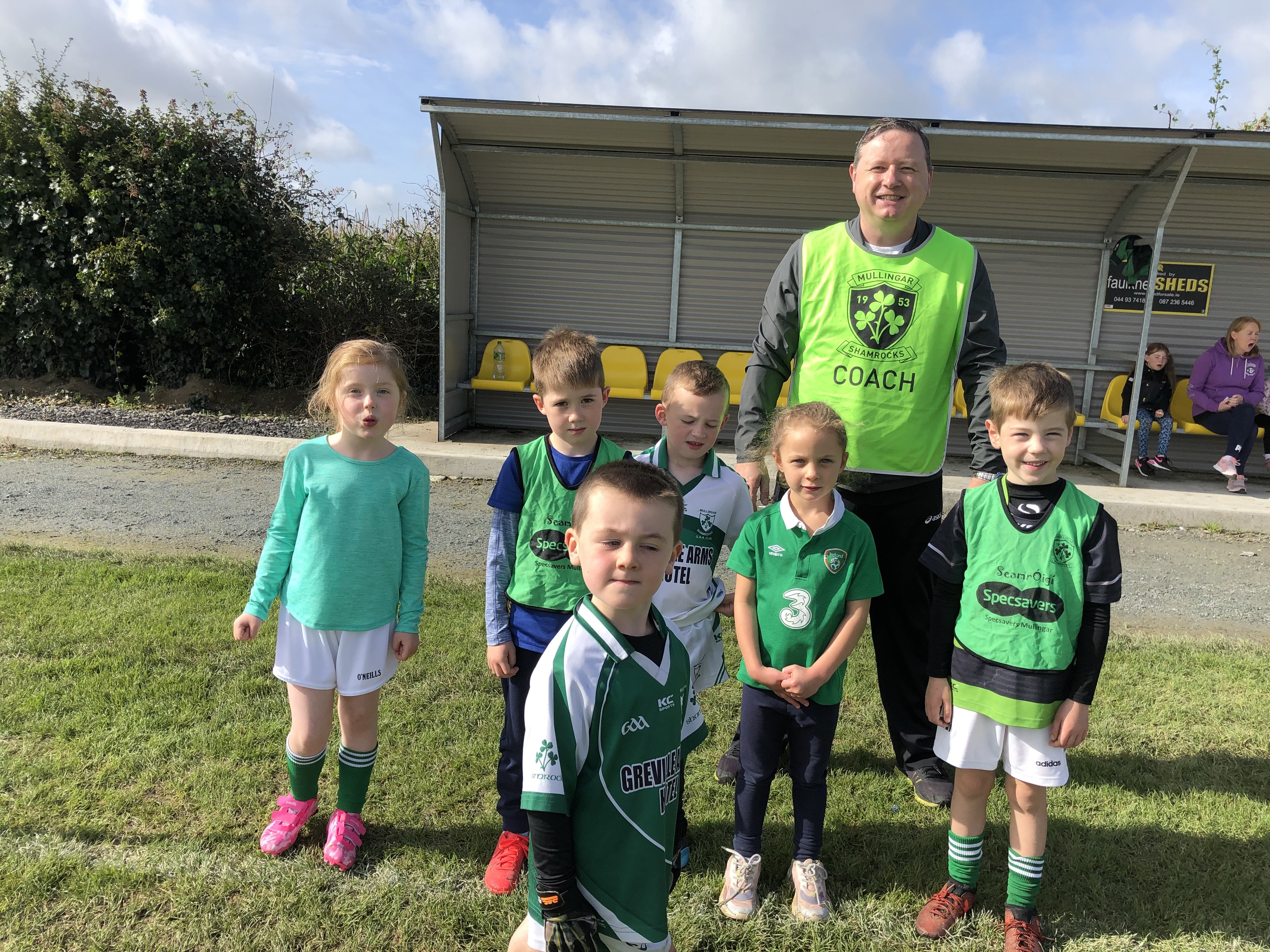 Published: about 1 year ago

Well done to our minor footballers on a brilliant battling comeback victory against Western Gaels in Drumraney this morning. Shamrocks trailed badly in the early stages and conceded 1-3 in the opening 5 minutes and by 2-8 to 1-1 after twenty minutes. The opening Shamrocks goal was a great effort by Mark Shaw from an Ollie MacNamara pass. However this team is full of spirit and battled back and at half-time had cut the deficit to 0-3 (2-8 top 2-5). Mark Shaw turned creator for the second goal and set up Conor Fagan who sent a great shot ripping into the top corner.

Mullingar Shamrocks flew from the traps in the second half and Oliver MacNamara and Mark Clinton combined to set up Daithi Martin for the third goal. At the second water break Shamrocks had pushed ahead on a 5-7 to 2-12 scoreline with Ollie MacNamara getting in on the goal scoring act and completed a hat trick of goals before the final whistle..

Adam Boyle made a few excellent saves in goal, Rory Hickey was superb at fullback and Rian Adamson was brilliant at centre-back on his comeback from injury game. Ollie was Ollie at centre-forward and ended with 3-4 to his credit but overall this was a great TEAM victory on a 6-8 to 2-17 scoreline.

And well done to Vinny, Anthony, Seamus and Paul, a great reward for all their hard work with the boys. Under-6s travel to The Downs and Under-11s host Moate All-Whites

Our Under-6s played the first matches in what we hope will be a long and enjoyable sporting career no matter what sport they chose on Saturday morning. Our opponents were The Downs. We had 35 boys and girls, all born in 2014 with the exception of 3 and were up against U7 boys and girls. And we had a great attendance of parents to witness the maiden voyage. Well done to all concerned.

BEST of LUCK to ALL INVOLVED ...

BEST of LUCK to ALL INVOLVED ...Lots of support needed...

@coachingwh to stage Coaching on the Green in Grange

Coaching on the Green ...Westmeath Coaching and Games De...

Fixtures and ticket arrangement for the weekend for @mull...

Fixtures and ticket arrangement for the weekend …Senior...