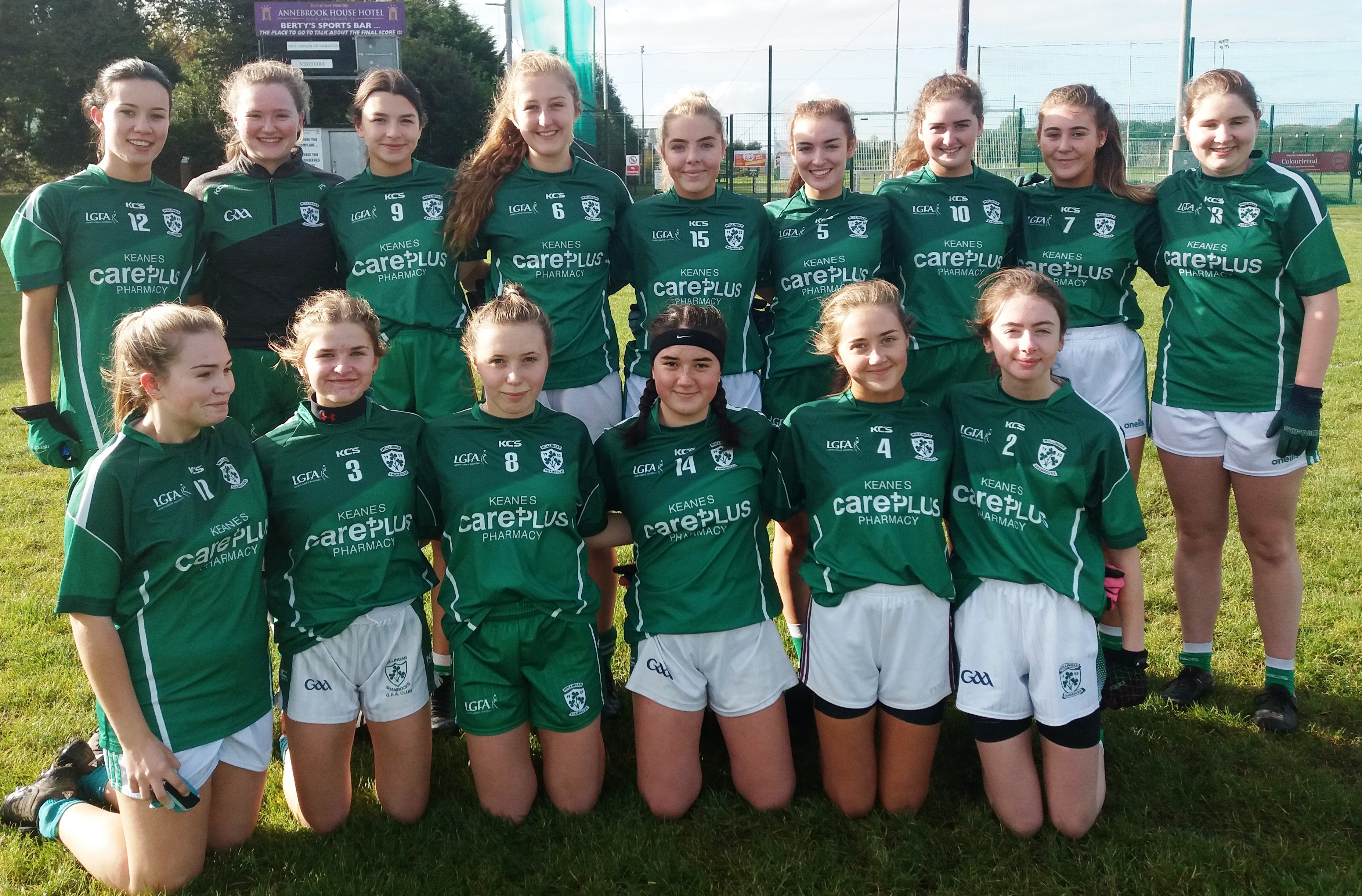 Our minor LGF suffered defeat to local rivals St. Loman's. Due to various reasons Shamrocks had only 13 available players and it was a day when not a lot went the girl's way. A couple of early goal chances in the first half that weren't converted may have given them the confidence to push on but unfortunately the hosts settled better, used the extra space, took their chances and went in at the break 8 points up.

St. Loman's got the important early scores of the second half which made it a harder task for the Shamrock's girls. St. Loman's option to bring in fresh legs with their substitutions ultimately finished it as a contest. A disappointing day but there will be better days.