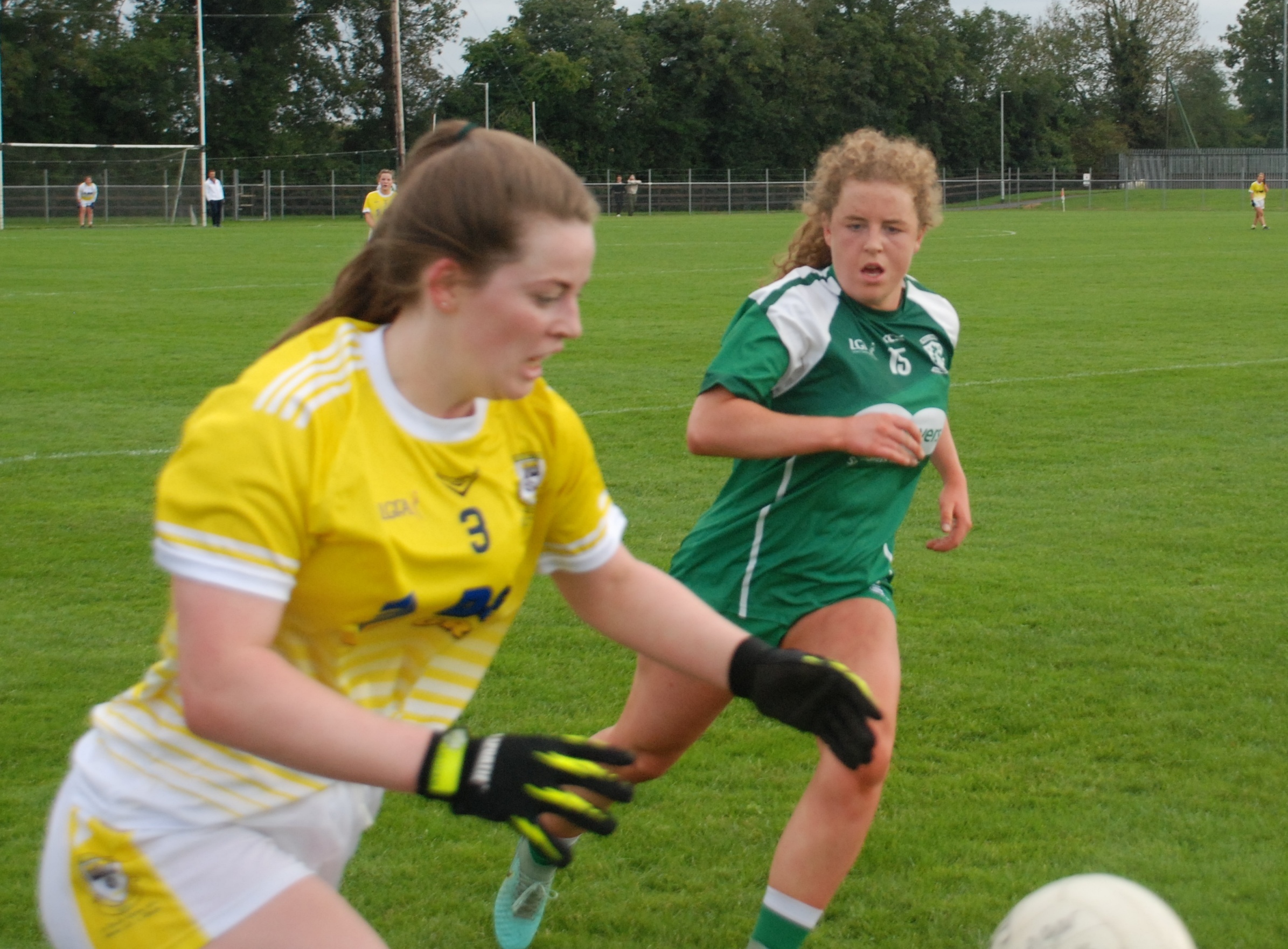 F is for Fundraising and the two major events staged this year, one for the community at large which is what differentiates the GAA from all other sporting associations and the other to raise much needed finance for the club now that the traditional opportunities are no longer available. Over the May Bank Holiday weekend just under €10,500 was raised for Pieta House and Heroes Aid. This was more than double what we originally hoped to raise. And then our Goodbye 2020 - Hello 2021 exceeded all expectations when our members contributed with incredible generosity to ensure the financial viability of the club. It was a remarkable vote of confidence in the work of the club and an appreciation for the input of the mentors and coaches at under-age level. Kieran Gavin and Ritchie Daly managed the first event and Ritchie, Barry Kelly and Adrian Keaveney led the team charged with organising Goodbye 2020 - Hello 2021.

G is for Green Club. Mullingar Shamrocks GAA Club is one of just 45 clubs, and the only one from Westmeath, selected to participate in Phase One of the new GAA Green Club programme launched in December. But it is even better than that as Mullingar Shamrocks is not only recognised as a Green Club but it has also been selected as a Mentor Club for clubs engaging with the biodiversity theme. One of the highlights of the national launch was the six minute video showcasing the club's walkway and its biodiversity signposted route.

H is for Honor and Honor MacNamara in particular. Covid-19 had some positives for the club if it is possible to use the word in association with a pandemic with such tragic consequences. There were no work placements abroad, there were no J-1 visas on offer and some who worked abroad were back and ready for football action. Consequently, Mullingar Shamrocks LGF panel was at its strongest this year. Niamh, Cliodhna, Chloe, Rachel were all available. Honor MacNamara returned to LGF and completed a powerful full forward line with Karen and Chloe, a line that scored 16-39 to the winning championship campaign.

I is for intermediate LGF, the only county title won by Mullingar Shamrocks in 2020. Three clubs were beaten on the way to capturing the title: Kilbeggan Shamrocks 4-17 to 0-6 and Killucan 7-7 to 2-6 in the group stages and Moate All-Whites II (7-21 to 0-3) in the semi-final. Killucan qualified for the final and once again went down to Mullingar Shamrocks on a 5-8 to 1-5 scoreline. Mullingar Shamrocks scored 23-53 on their way to winning the title and conceded 3-20. Mullingar Shamrocks lined out the following team in the final: Lauren McCormack; Melek Fagan (Sophie Hegarty), Niamh Spellman, Rachel Hannigan (Lorna Morris); Susanna Buckley, Tara Fagan (Captain), Chloe Swarbrigg (Cliodhna Spellman); Anna Jones (0-1), Laura Whitelaw; Clara Thornton [1-0] (Michaela O'Connor), Emma Morris (1-0), Áine Melody; Chloe Smullen [2-0] (Ally Bane), Karen Hegarty (1-7), Honor MacNamara (Carole Finch).

J is for Joan our dynamic Healthy Club officer who was driven the Healthy Club initiative and explored many different ways of enhancing and financing the project.

K is for Killucan and Coralstown-Kinnegad, the club's that ended our senior championship hopes in the 2020 season and we never saw it coming. A five-point loss to Coralstown-Kinnegad (1-11 to 1-6) set up a must win second match against Killucan and once again when the final whistle was blown by 'referee' Keith O'Brien the scoreboard read 1-12 to 1-10 in favour of Killucan to end our championship campaign and introduced the possibility of relegation to the agenda.