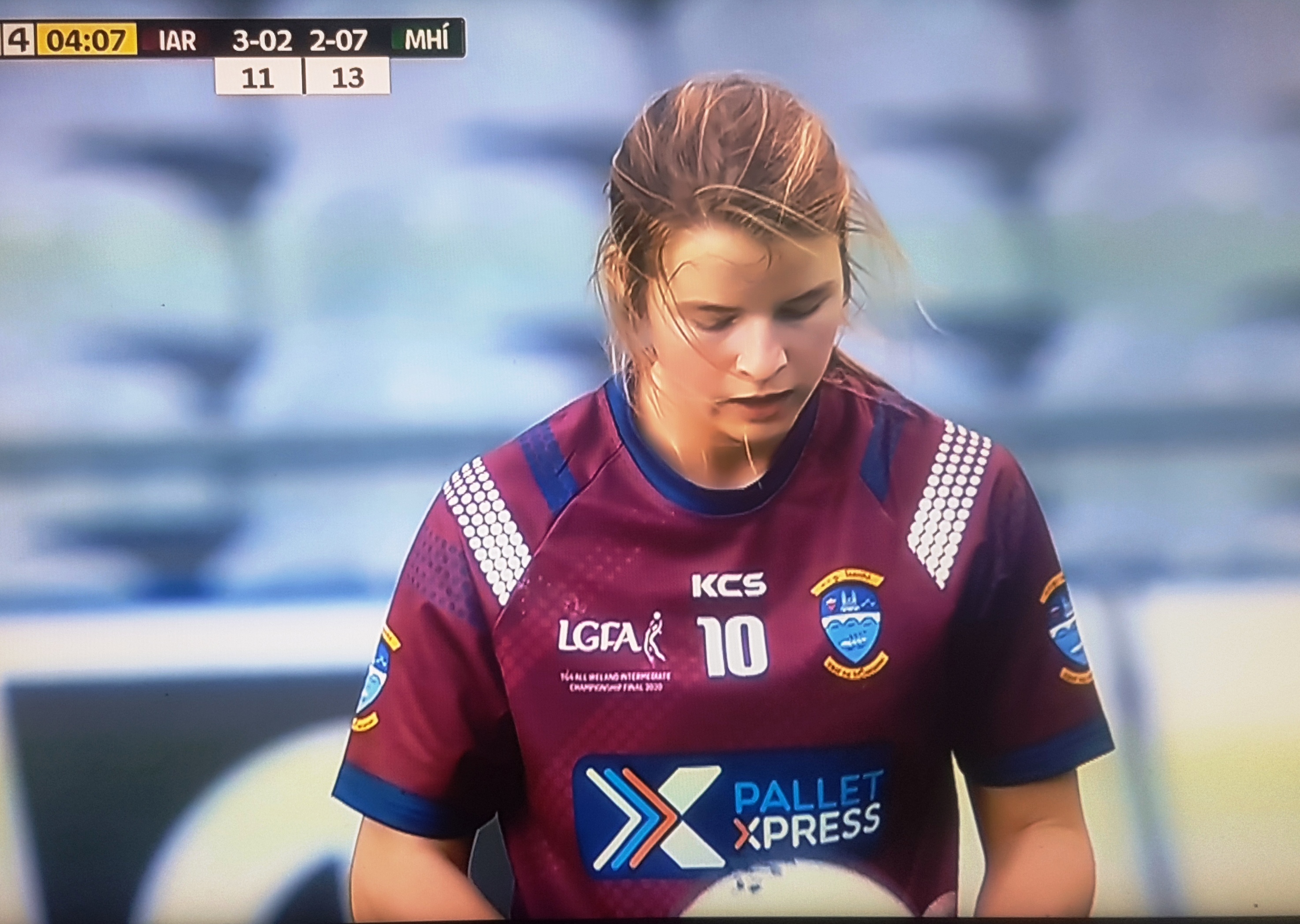 A: the No.1 letter in the alphabet has to be assigned to the No.1 footballer in the club at the moment: Anna Jones. Anna's great year for club and county ended with an exhibition in Croke Park in the All-Ireland final against Meath. Impeccable free taking and a superb goal kept Westmeath in touch until the final stages. A is also for Australia and surely Miss Jones will be the first Westmeath LGF player to sample the professional Aussie Rules code. Remember where you read it first.

B is for Bingo; gone, not forgotten and unlikely to return. The long standing Thursday night at The Clubhouse fundraiser and social outing for so many people was in intensive care on occasions and even had a spell on life support but survived, sometimes against all the odds, thanks mainly to the commitment of Pat Collins and Detty and their team of helpers. The end came swiftly and Bingo was the first victim of the Covid-19 virus in the club when the session of 12 March was cancelled out of a desire to protect the health and safety of the patrons. It is unlikely to return,

C is for Covid-19, no contest for a C word here. The virus that, almost overnight, changed the world as we know it. The new world of the GAA involved lockdowns, dressing rooms closed, abridged championships, a split season, matches behind closed doors, e-learning portals, etc, we all know the story and the final chapter is somewhere in the distant future.

D is for Detty, President of Mullingar Shamrocks since 1992 or even earlier and still working on behalf of the club. Back in 1963, Mrs Riggs from Gainstown was the winner of the first prize of £15 in week eight of the club's Silver Circle fundraiser. The winning ticket was sold by teenager Detty Riggs who happens to be the same Detty who is now our club president. Fifty-seven years later Detty is still dipping into the famous handbag and pulling out the tickets for the club. This was never more evident than in the recent Club Iarmhí draw. The Mullingar Shamrocks contribution to the success of this draw was considerable and this was almost totally due to the drive and organisation of Detty. Just one of the many ways this remarkable woman has contributed to Mullingar Shamrocks over the past 60 years or so. D is also for Debbie who is setting very high standards in her commitment to Mullingar Shamrocks.

E is for Eight the number of Mullingar Shamrocks members involved in the journey of the Westmeath LGF team to the All-Ireland final. It was a source of pride for the club to have players Lauren McCormack, Niamh Spellman, Tara Fagan, Anna Jones, Karen Hegarty and Chloe Smullen involved and Carole Finch and Daragh Ryan as part of the management team. Apart from the disappointment of defeat there was personal disappointment for Karen Hegarty who scored 3-3 on the road to the final (only Ciara Blundell scored more from play) and Niamh Spellman who hardly put a foot wrong in the full-back missed out on starting places in the final.