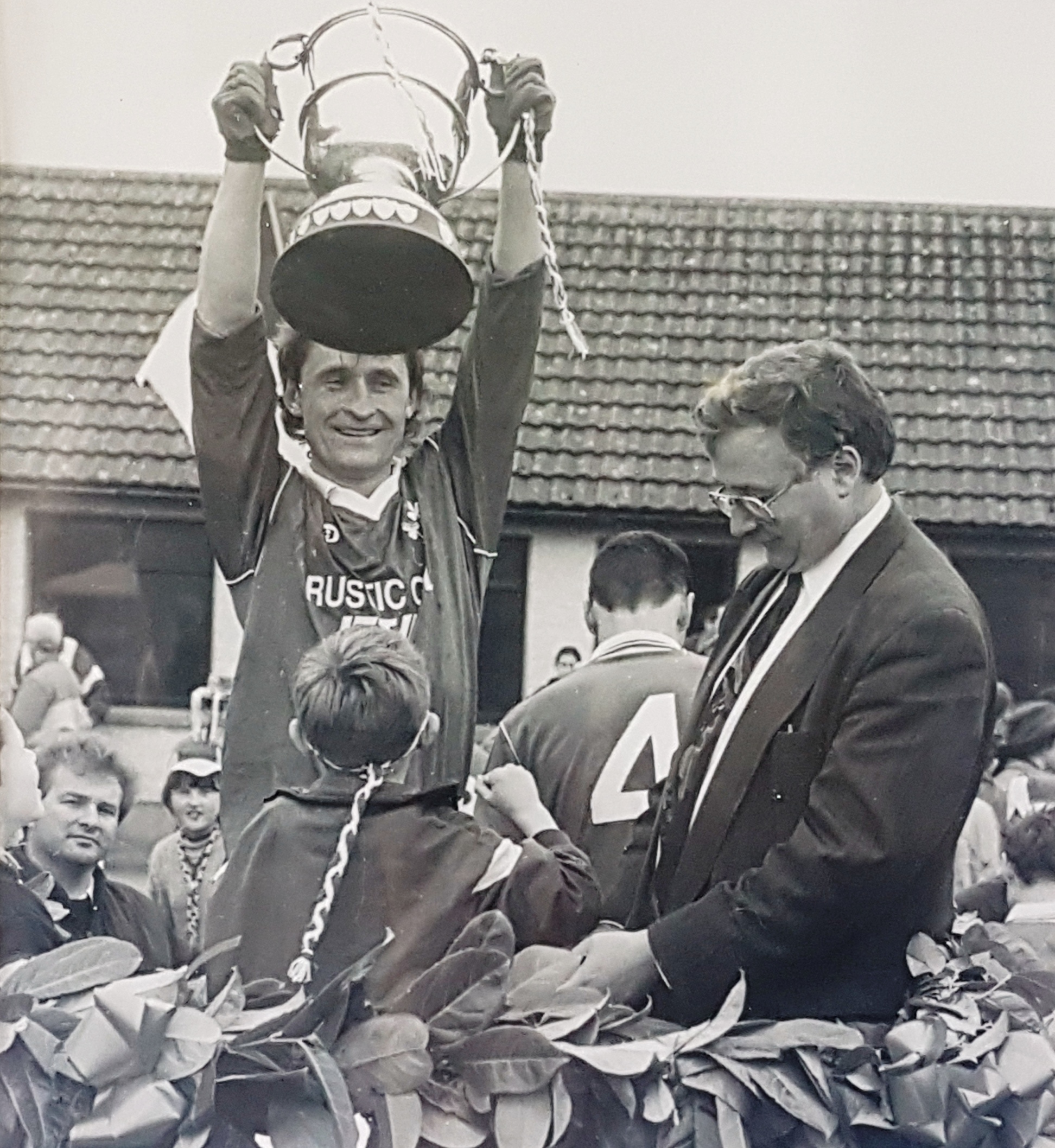 The team manager was Gerry Nohilly with Tom Hunt and Paddy Dunne the selectors.

Ten players, Dermot Ryan, Ned Moore, John Conlon, Bill Sex, Michael Fagan, Tom Ormsby, Kieran Ryan, Denis Corroon, Michael O’Reilly and Bernard Flynn played in all four finals. The county final victories in the sequence were comfortable with the 0-8 victory against Tyrrellspass in 1994, the closest any team came to stopping the winning run. But for Matt Scally's heroics this sequence might well have equalled the Athlone six-in-a-row as the big goalkeeper was superb in his team's 1-9 to 0-9 victory against the defending champions, Shamrocks, in the 1991 final.

This achievement should never be underestimated as only three clubs have managed to win four successive titles: Riverstown Emmet's, Athlone and, Mullingar Shamrocks. Rosemount (twice), Kinnegad, The Downs, Garrycastle and St Loman's have won three successive titles but were unable to add a fourth to the sequence.

The great Riverstown Emmet's team from the Killucan area of the early 1900s was the first club to attempt the feat but they fell short at the final hurdle in 1909 when they were defeated by Athlone on an 0-4 to 0-2 score-line following a replay. The Riverstown men recovered from the setback and won county titles in 1910,1911, 1912 and in 1913 completed the first four-in-a-row title winning sequence beating The Downs comfortably in the final (1-4 to 0-1). The drive for five began for the Riverstown men (before the phrase was invented, no doubt!) and was completed with The Downs again going under in the 1914 final, this time on a 2-1 to 1-1 score-line. The Riverstown Emmet's record of eight championship titles over a nine year period is unmatched in Westmeath football.

Rosemount won three successive titles between 1939-1941 but were eliminated before the county title stage in 1942 when Milltown won the title. Kinnegad were next in line but their loss to Athlone in the 1947 final (2-9 to 2-3) cost them their place in Westmeath football's royal family. Rosemount also fell short in 1954 after winning titles in 1951, 1952 and 1953. However, Athlone then stepped up to the plate in style and dominated Westmeath football in the second-half of the 1950s. The fourth successive championship title was secured in 1958 when the Mental Hospital were defeated (0-9 to 0-8). Athlone extended their winning run in 1959 and 1960 to make it six successive titles. Alone they stand in the history of Westmeath football; the club's magnificent feat has never been equalled.

The Downs powerful squad of the late 1960s-1970s landed the three-in-a-row titles (1968-1970) but were eliminated in 1971 prior to the county final stage. Four successive titles also proved to be a mission impossible for the great Garrycastle team of the 2000s but the club came very close to joining the elite group. After losing to Castledaly in 2008, Garrycastle rebounded and defeated St Loman's in 2009 and Mullingar Shamrocks in 2010 and 2011 after a replay. However they were edged out by Shamrocks in the 2012 final replay by a single point (0-12 to 1-8). St Loman's fell short in 2018 when Mullingar Shamrocks victory in the first all-Mullingar final confined their winning run to three successive titles. This victory added another dimension to the four-in-a-row story of Westmeath football. The two most recent attempts by clubs to join the club have been prevented from doing so by Mullingar Shamrocks.