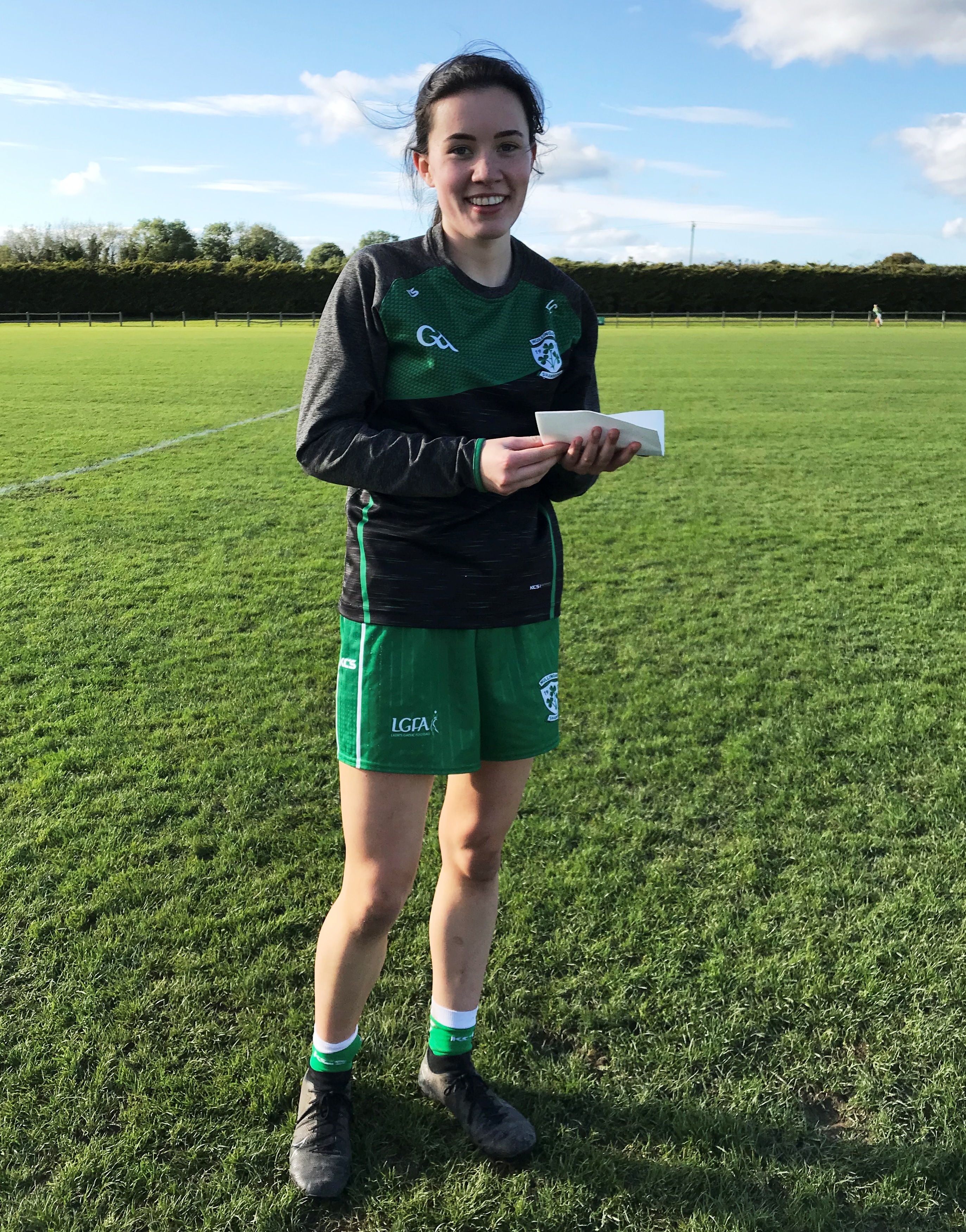 Mullingar Shamrocks LGF opened their minor campaign with an emphatic victory over Loughnavalley in Robinstown on Saturday afternoon. This was a wonderful team performance from a squad of 22 girls, featuring a number of girls on their first outing at minor level. The girls went into an early lead with a goal by Susanna Buckley from a fine opening sequence of play directly from the throw-in. They never relinquished this lead. Laura Culkin, celebrated her eighteenth birthday by kicking two fine points that added to the home advantage. Máiread Newman struck for a second goal on the 10 minute mark and shortly after Mia Gilligan again hit the net. A further point from Susanna Buckley put Shamrocks 3-3 to no score ahead at the first water break. Chloe Smullen got on the score sheet in the second quarter with 3 points, Laura Culkin slotted over her second free and Sadbh O' Brien also fired over a point to increase the Shamrocks lead. Hard work by the Shamrocks defence repelled the Loughnavalley attacks and by half-time, Shamrocks were ahead by 3-8 to 0-1.

With wind advantage, Loughnavalley attacked early in the second half but the Shamrocks defence remained strong. Katie Kelly added to her goalkeeping reputation by making a couple of fine saves to limit the visitors comeback. Susanna Buckley, Mia Gilligan and Chloe Smullen all scored points in the third quarter. Loughnavalley scored 1-3 in this quarter and going into the last quarter Shamrocks led by 3-11 to 1-4. Loughnavalley scored from the penalty spot early in the last quarter but this was more than cancelled out by 2 goals from Chloe Smullen followed by a second goal from Susanna Buckley. Laura Culkin scored 2 more points and Leah Glynn scored the final point of the match. When the full-time whistle blew Shamrocks were deserved winners on a score line of 6-14 to 2-6.

Well done to all the panel and management team, next week we play neighbours Shandonagh who also had a victory in their opening game today. Kayla McNally was the unlucky one who had to withdraw after the warm up. Sabrina Veale, a native of Tramore made her debut for Mullingar Shamrocks. Many thanks to St Oliver Plunkett's for use of their pitch today.

Special mention goes to the birthday girl, Laura Culkin who celebrated her 18th in fine style by lining out for Shamrocks and scoring 5 points! Congratulations Laura!