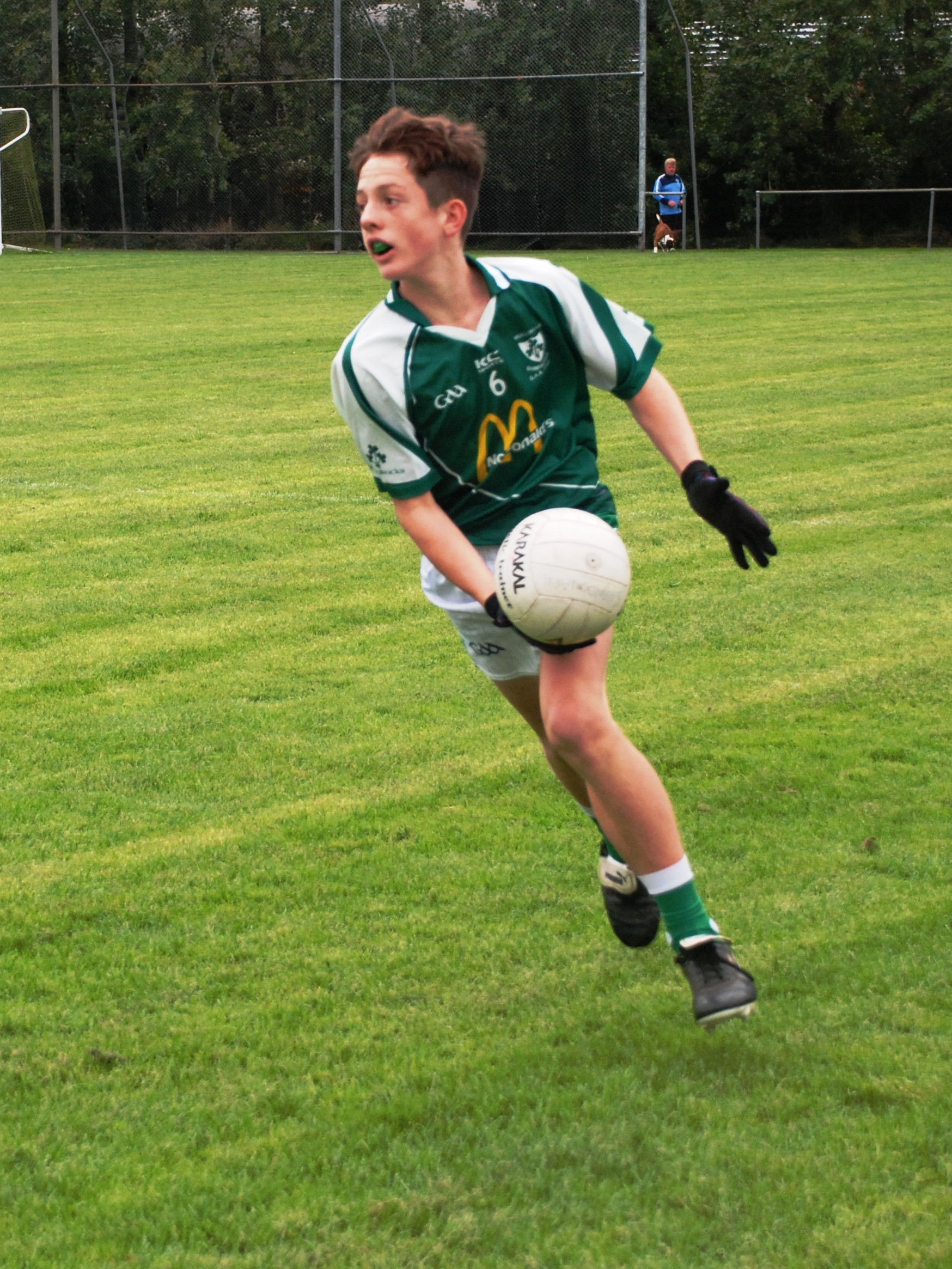 Mullingar Shamrocks qualified for the first Under-Age football Division 1 Final since 2014 with this impressive victory over Shandonagh on Saturday morning. Shamrocks dominated the early exchanges but over elaboration nullified much of the good work as several fine bouts of combination play ended with nothing to show on the scoreboard. Two great Ted Aherne points established the lead for Shamrocks that they never subsequently lost and a Dillon Burke goal secured a 1-2 to 0-0 lead for Shamrocks at the first water break. Dillon's goal began by a great interception by the excellent Ty Masterson deep in his own fullback line. Shamrocks added another 1-2 (Padraig Casey, 1-1; James Flynn 0-1) before the interval ; Will Scahill pointed three frees for Shandonagh and at half-time the scoreboard read 2-4 to 0-3 in favour of Shamrocks. Four early points extended Shamrocks lead and when Paul Keating goaled after good work by Tom Daly, the platform for victory was secured.