Conor McKenna travels to watch football that is not behind closed doors ... 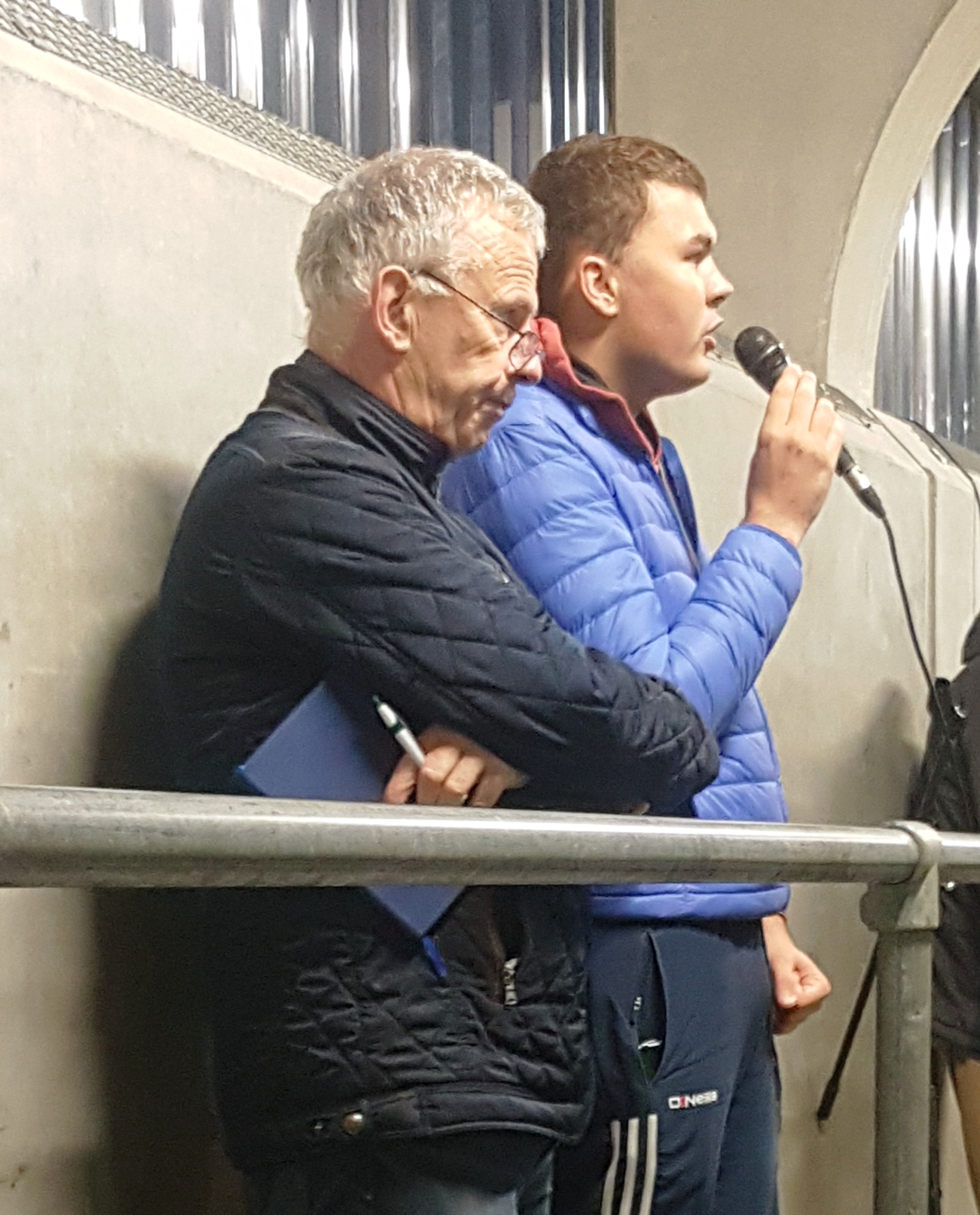 Conor McKenna travels North and watches plenty of football that is not played behind Closed Doors ...

During the early phase of lockdown Conor McKenna provided us with a remarkable insight into his work and weekend travel as a freelance journalist covering GAA matches big and small. In another great piece Conor explains how a bit of outside the box thinking has enabled him to take in several GAA games at the weekend by travelling to Northern Ireland.

The first Sunday of September is one of the main days of the year for GAA supporters, as it has traditionally played host to the All-Ireland Hurling Final, while the last two All-Ireland football finals have been played on that day.

I was at home watching the Dublin vs Kerry All-Ireland final last year and if you had told me that 12 months on I’d be at games enjoying a feast of football, I would have presumed I’d have been in Croke Park looking at an All-Ireland final, or if I wasn’t there then I’d be reporting on a match elsewhere or watching it on the TV.

Never in my wildest dreams did I think that I’d be in Castledawson GAA grounds in South Derry taking in Slaughtneil vs Foreglen in the last 16 of the Derry Senior Football Championship, before racing across to Glen GAA club in Maghera to watch The Loup take on Dungiven.

I would go to the vast majority of the Republic of Ireland home games and instead of being in the Aviva Stadium at Ireland vs Finland on Sunday evening, I was in Celtic Park in Derry City watching Magherafelt vs Lavey.

These are very strange times, though I’d be a great believer that you should always make the most of a bad situation.

The non-sensical decision to bar spectators completely from attending games led me to think outside the box.

I read Mick O’Dywer’s autobiography “Blessed and Obsessed” years ago, one of the first sports books I can ever remember reading.

I recall a quote that O’Dwyer had in his autobiography where he said that “I have often said that football just wasn’t in my blood – it is my blood,”.

I would feel the same way towards both codes of the GAA and sport in general. Attending live sport has shaped my life.

I might have been hard to live with over the lockdown, when sport was off our screens and I couldn’t bring myself to watch any of the older classics shown on TV.

I swore to anyone who would listen that I would never, ever take attending games for granted again and vowed to go to as many games as humanly possible when spectators were allowed again.

I cursed NPHET for not letting 500 people go to outdoor events and then banning spectators altogether.

Last weekend I saw fixtures released for the last 16 of the Derry Senior Football Championship. Tickets went on general sale for all eight games and I had to act fast, as they were due to sell-out fast due to crowd restrictions.

I purchased tickets for six games over the course of three days, fitting in Bryansford vs Carryduff in the Down Senior Football Championship, in Pairc Esler, Newry on Monday evening.

Alarm was set for 8am Saturday morning and my first stop was Dungiven GAA grounds where I took in the meeting of Coleraine and Claudy.

It was a long drive up on bad, rural roads, through the mountains of Tyrone and South Derry. I was tired after it and it was one of the longest journeys I’ve ever undertaken.

I checked into my accommodation, Serendipity House, in Derry City after the game, which is within walking distance of Celtic Park.

I witnessed the meeting of Ballinascreen and Bellaghy at 6pm, which was an evenly contested game, though I had a frightening experience after the match, when on route to a local shop, a group of youths through a firework which went off directly across the road from me after a very loud bang, which led me to turn back and change direction very, very quickly!

The first game Sunday was at 1pm and I was the most angry and disappointed person in Castledawson GAA grounds when word filtered through to me that Southern Gaels had defeated Clonkill in the Intermediate Hurling Championship, thus eliminating St. Oliver Plunkett’s.

Castledawson was an hour’s drive from Derry City, so I was home relatively early on Saturday night, with outdoor pubs open up north for punters without the requirement to purchase food, leading to a much more relaxed environment for tourists like myself.

It was impossible to be angry for long however when watching Slaughtneil, who are the country’s best club in my opinion, as they dominate Ulster Football, Hurling and Camogie and watching them in action was the highlight of the weekend.

I hopped from Castledawson to Watty Graham’s, Glen, in Maghera for a 3pm game between

The Loup and Dungiven, which was a well-contested affair, with two of the greatest forwards of the modern era in opposing dug-outs, as Paddy Bradley was over The Loup, with Stephen O’Neill in charge of Dungiven.

I then saw reigning champions Magherafelt take on and defeat Lavey on Sunday evening, with Tom Maunsell from The Downs a selector with Magherafelt.

Maunsell used to own the old Springfield Stores shop, which is only a Philly Shaw kick-out away from the Mullingar Shamrocks pitch.

I travelled across the North from Derry to Belfast on Monday then, stopping off to see two of my best friends Odhran and Micheal Fox, who I always visit on any trip up north, before heading to Newry that evening to see Carryduff deliver an exhibition to eliminate Bryansford.

I got home eventually at 11:30 on Monday evening and had driven roughly 661 kilometres.

I used going to GAA games as a “staycation”, during this pandemic, and it was my second time to do so this summer having previously attended games in Down and Armagh over a weekend.

I certainly intend to go on more of these trips before the year is out. People struggle to believe that I would travel all that way for a club GAA game, but I love driving and I love seeing new parts of the country.

I’ve almost had more interest in the Derry, Down and Armagh Championships this year than I’ve had in the local Westmeath ones, as the law has locked punters out of Westmeath club games.

I’ve bought the Irish News almost every day for the past few weeks, which has unrivalled coverage of Ulster Club GAA.

I really hope that this will be the only summer that there will be restrictions on spectators, though personally I feel that I’ve made the most of it and my only regret is not getting to more games over the border.

I drove through Bellaghy, homeplace of Seamus Heaney, on Monday, and one of Heaney’s great lines was “If we winter this one out, we can summer anywhere”.

Another quote I love is one Garrycastle captain Doron Harte used in his county final speech last year, where he mentioned how people should “Keep swinging, even in the dark times.”

It’s incredibly important for folk to remain positive and make the most out of what are truly strange and depressing times and I’d really encourage folk to find a new passion or past-time, like I’ve done with attending Ulster GAA games.