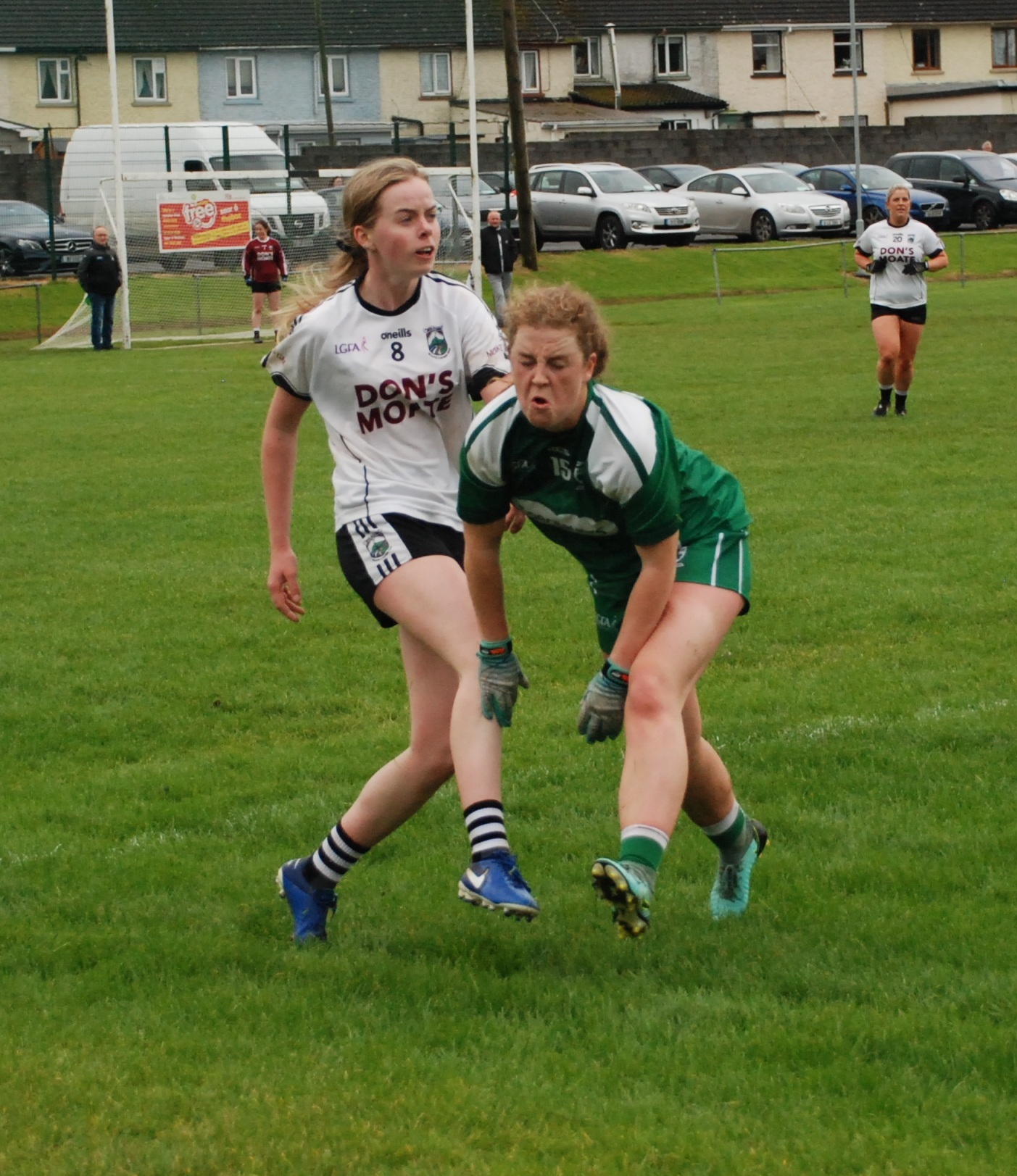 Mullingar Shamrocks qualified for the intermediate LGF final for the second year in succession with an impressive victory over the second team of Moate All-Whites who battled hard for the sixty minutes. The Shamrocks women were never in trouble on this occasion played in difficult conditions in Springfield with the heavy showers forecasted arriving as the ball was thrown in. Honor MacNamara and Karen Hegarty hit the opening points for Shamrocks before Anna Jones scored a fine individual goal. A second goal quickly followed this one a great team goal that began with a great piece of defending by Rachel Hannigan and also had contributions from Tara, Anna, Honor, Clara Thornton before Karen Hegarty provided the finishing touches with a dipping shot to the net. This was one of many fine team scored landed on the night as Shamrocks showed excellent combination and team work going forward on every possible occasion. Anna Jones added another point to extend the lead to 2-3 to 0-0. Moate rallied and points from Jennifer Coughlan, Vanessa O'Brien and Hazel Kelly cut the deficit. A great pass from Anna provided a point scoring opportunity for Karen Hegarty and Honor MacNamara pointed again after good work by Clara Thornton. Anna again went through for a second great individual goal. Tara Fagan and Anna Jones combined to set Laura Whitelaw free for a point before Karen Hegarty added one more point to bring the half-time score to 3-7 to 0-3.

Shamrocks continued to attack from the restart and Karen Hegarty (0-2) and Honor added points before Anna Jones scored Shamrocks third goal from the penalty spot. A ground shot from Honor MacNamara added a fourth goal and a point from Karen brought the score to 5-11 to 0-3 at the second water break. In the final quarter points from Honor (0-5), Anna Jones (0-3) Karen (0-2) and goals from Honor (after sublime Chloe Smullen found Anna Jones in space) and Clara Thornton (who was one of the hardest workers on the field) completed the scoring and secured the county final place which will be played in two weeks time.