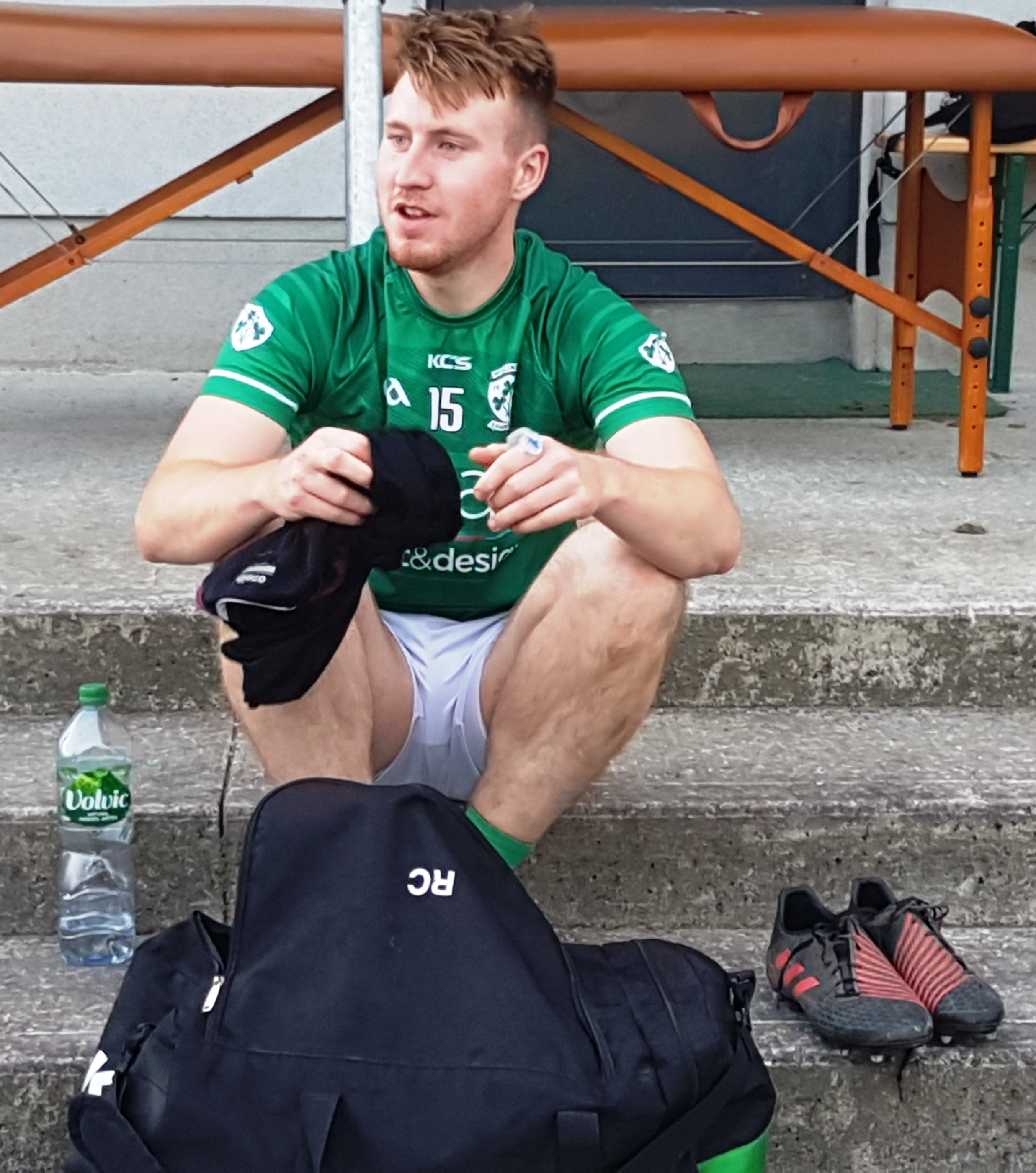 Mullingar Shamrocks secured their place in the Junior 1 championship for 2021 with this impressive victory over Delvin in Killucan on Sunday evening in what transpired to be the Ross Corroon show as Ross lining out at corner forward contributed 1- 10 to the Shamrocks total. Ross scored freely from frees and play and scored a spectacular second-half goal when he spotted the Delvin keeper of his line and launched a long range deliver to the net. Shamrocks settled early and Andrew Shaw and Ross had points before Daragh Clinton replied with a single point for Delvin. Zach Aherne pointed and this was followed by a great Dillon Matthews goal. Clinton had another point for Delvin before Kenneth O'Reilly (0-1) and Ross Corroon (0-2) extended the Shamrocks lead to 1-6 to 0-2 at the first water break. Over the next low scoring fifteen minutes Delvin outscored Shamrocks 0-3 to 0-1 (Nathan Smith) to bring the interval score to 1-7 to 0-5.

Shamrocks were first out of the traps in the second half and Ross, Ryan Blundell, Andrew Shaw and Zach added four points to the lead (1-11 to 0-5). Delvin staged a recovery and Alan Cox scored a superb goal; Jamie Walsh and Zach Aherne exchanged points, Walsh banged home Delvin's second goal. Davy Coyne departed the scene with a knee injury (hopefully not a recurrence of the cruciate injury) with the scoreboard reading 1-12 to 2-5. Ross Corroon then stepped out of the pack and in the final quarter added 1-6 to the Shamrocks total of 1-7 scored in the final quarter, Shane Colleary also registered a point. Daragh Clinton added two to the Delvin total to leave Shamrocks safe from relegation with a 2-19 to 2-7 victory.