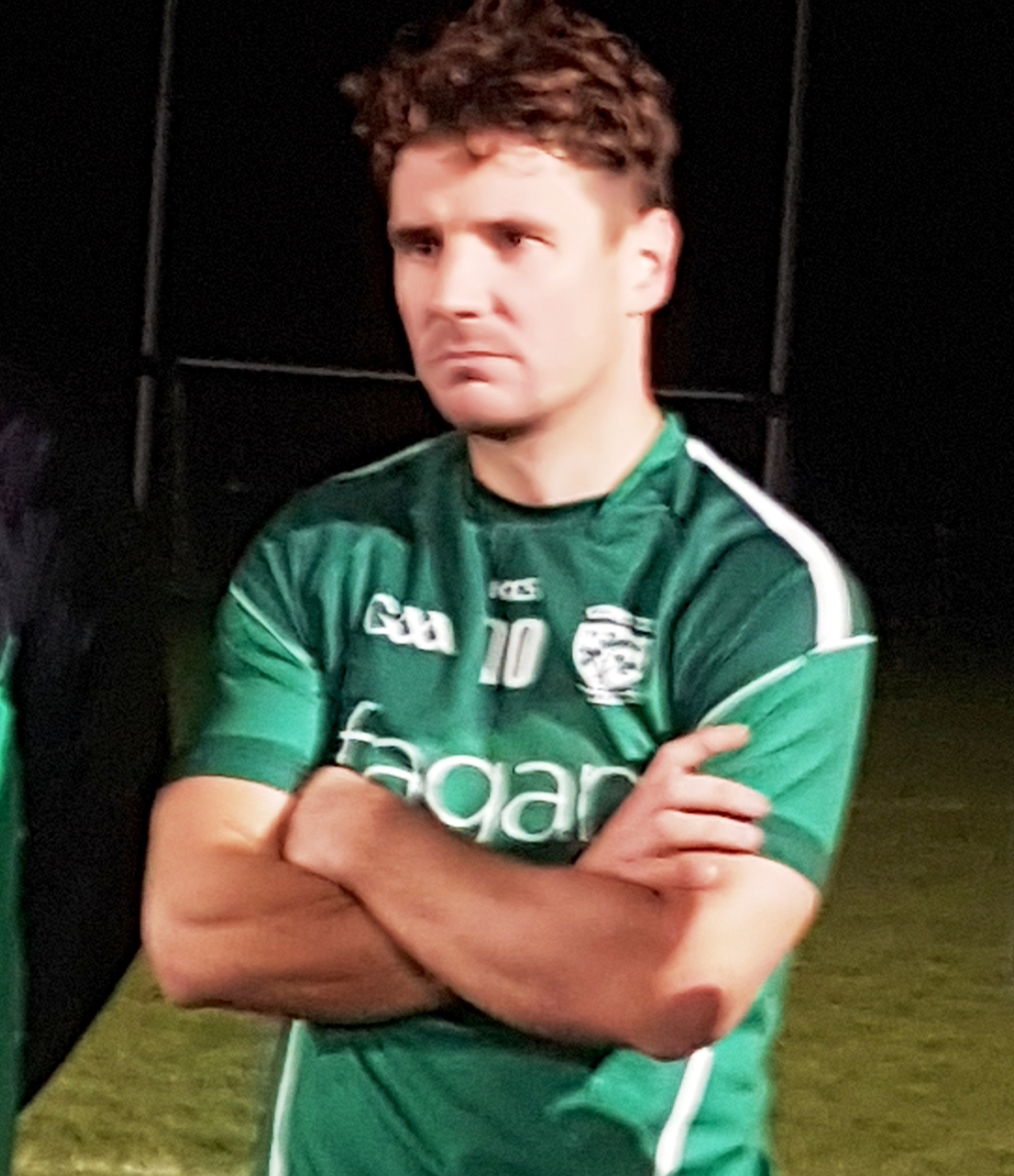 In the end it was a comfortable victory but it wasn't until the final ten minutes that the spectre of relegation from senior ranks was finally exorcised. In those final minutes, Mullingar Shamrocks played with some of the flamboyance that was present back in 2018 when Ned led us into the promised land of an unexpected senior title in what was a triumph of managerial and playing excellence.

Wind assisted Shandonagh dominated the early exchanges and led by 1-3 to 0-4 at the first water break. Mikey Boyle opened the scoring with a spectacular long range point, the Shamrocks equaliser was a much simpler effort as Dean Moore tapped over a free to level matters in the third minute. Tom Molloy and Killian Butler exchanged points before a spectacular outside of the boot effort from Cormack Gordon sent Shandonagh ahead. A minute later Shamrocks hopes took a serious hit when Philly Shaw saved brilliantly but Cormac Coyne was on hand to smash the rebound to the net and suddenly Shandonagh were four points to the good and the Shamrocks defence was being exposed. Remedial action was taken and David Gavin was introduced and in the positional switch that accompanied the change in personnel, Kieran Gavin moved from wing-forward to fullback and the long serving player went on to have one of his finest games in the Shamrocks jersey. Dónal O'Donoghue, Micheál Curley and Killian Butler combined to set Paddy Fagan free and the resultant foul gave Dean Moore another simple tap over free before another star on the night Efe Siode cast aside his defensive duties to land another fine point before the water break (1-3 to 0-4). Killian Butler and Tom Molloy (with a good free from out on the wing) again swapped points before Shamrocks had a great escape when Cormac Coyne's shot rocketed off the post to safety. Philly Shaw again saved well. Tom Molloy pointed twice from free kicks before Killian Butler scored his third point of the evening to reduce the margin to a single score (1-6 to 0-6) before the half-time whistle.

Shamrocks scored two early points after the break, the first by Killian Daly (who did a good man marking job on Shandonagh's danger man Tom Molloy) and the second by Dónal O'Donoghue after he was set up by a good Paddy Fagan pass. A Tom Molloy free added to Shandonagh's advantage before Michael Curley surged forward, Efe continued the forward momentum before passing to Daragh Daly who set up Dean Moore for Shamrock's goal and for the first time Mullingar Shamrocks were ahead 1-8 to 1-7 at the second water break. (And in this match the one minute of time was strictly implemented by referee Niall Ward --- the example from Belfast has focussed minds). Shamrocks were now pressing forward on the Shandonagh restarts and Conor Craig was forced to kick long on several occasions and the Micheál Curley, Denis Corroon, Patrick Fagan, Dónal O'Donoghue diamond controlled the crucial middle third of the pitch. Alan Hickey levelled matters on resumption and after Killian Butler was wide from two frees a great piece of game reading by Kieran Gavin began a move that involved another Micheál Curley drive forward followed by a powerful run by Killian Butler who was dragged to the ground by several men; Dean Moore pointed the resultant free. Ben Treanor entered the black card lockdown zone after this infraction. Dean Moore pointed another free before one of Shamrock's greatest warriors Micheál Curley finished a move of many passes with a point. Brian Kavanagh pointed a difficult free and with just three points separating the sides Philly Shaw saved well and began a move that ended with Dean Moore kicking a great point from play followed by another from a free to send Shamrocks into a five point lead. Alan Cashman replaced Patrick Fagan and Niall Ward had just noted the change in his notebook before he reached in again for a black card for Alan. Kevin Boyle also saw black around this time. There was time for one more attack and Davy Gavin's shot was turned over the crossbar by Conor Craig in the Shandonagh goal.

At the final whistle Mullingar Shamrocks had 0-6 to spare and senior status was secured for the 2021 season whatever form that takes in these uncertain times. For now the book is closed and the final chapter of the 2020 senior season has been written.

This is not the time for football obituaries but this might have been the last occasion that Philly Shaw, Eddie Moore, Micheál Curley, Kieran Gavin, Daragh Daly, Denis Corroon, Alan Cashman, Dónal O'Donoghue, Lorcan Smyth, Aaron Purcell and David Gavin played together on a senior championship side. These eleven senior citizens of the team have given extraordinary service to the club and no doubt many will be back refreshed and ready to contribute next season.