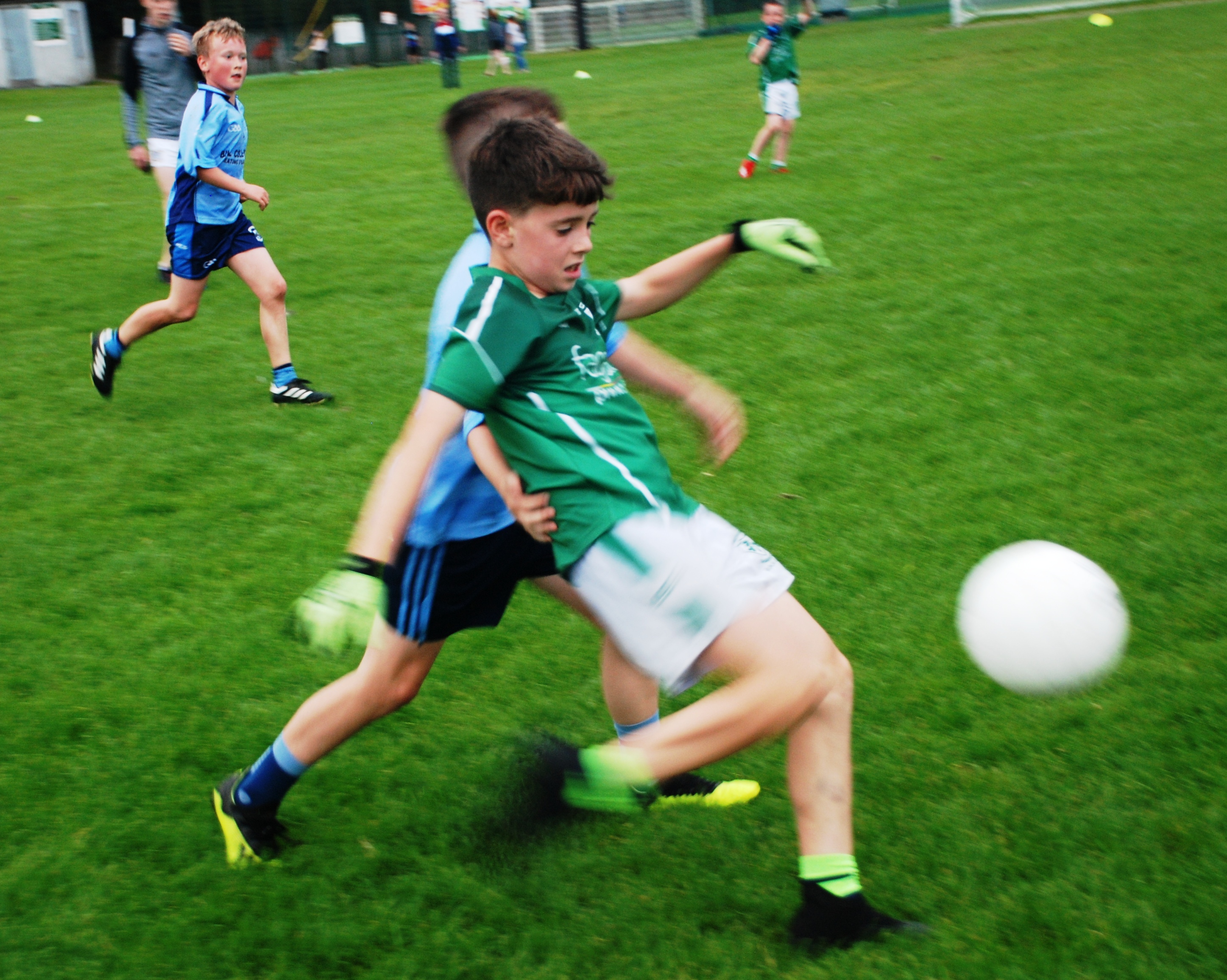 Mullingar Shamrocks Under-11 at Lakepoint Park and Springfield

It has been a busy few days for our Under-11 squad with outings against St Loman's in Lakepoint Park and Shandonagh in Springfield over the past three days.

The boys made the short journey the short journey to Lakepoint Park on Saturday morning last to play St. Loman’s in two challenge matches. A gloriously sunny day made conditions tough for the 66 players in action but credit to every player from both sides as they put classroom friendships and other sporting allegiances to one side and strove mightily to get the upper hand for their team. The boys in green once more produced excellent displays against a talented group of home players and the water breaks were greatly appreciated and needed at various stages. Ryan Keaveney and Shay Leavy made their debuts for this year and both excelled and every player made a great effort and enjoyed their morning’s matches. Well done lads. The following players were on duty for Mullingar Shamrocks: Shay Leavy, Ryan Keaveney, Sam Phillips, Jack Conlon, Adam Clinton, Hugo Corroon, Dylan Byrne, Scott Farrelly, Padraig Regan, Oisin Gavin, Colm Clinton, Paddy Colleary, John Gilbride, Luke Kelly, Harry Tilson, Killian Hand, Cian Traynor, Conor Walsh, Theo Kelly, Alfie Rock, Darragh Daly, Shane Bonar, Fionn Ledwith, Manus Kelly, Jamie Murtagh, Elliott Harte, Sam Briody, Conor Matthews, Jonah Hassett, Ben Murphy and Charlie Murtagh.

Under 11s versus Shandonagh. Our under 11 squad played their fourth set of matches in the past three weeks and their first outing in Springfield on Monday evening last versus Shandonagh. Once more the boys in green produced an excellent set of performances with great examples of blocking, catching, passing and shooting with every one of the 26 players on duty giving their best over the course of 50 minutes of competitive football. It was great to see so many parents and siblings of the players in attendance. Thanks to Oliver McNamara, Karen Hegarty and Darren Clavin who performed the refereeing duties and to Tom Brennan, Pat McWade and John Bawle the Shandonagh coaches.

And remember the name: Matthew Webb (Shandonagh), looks to be a real star in the making.