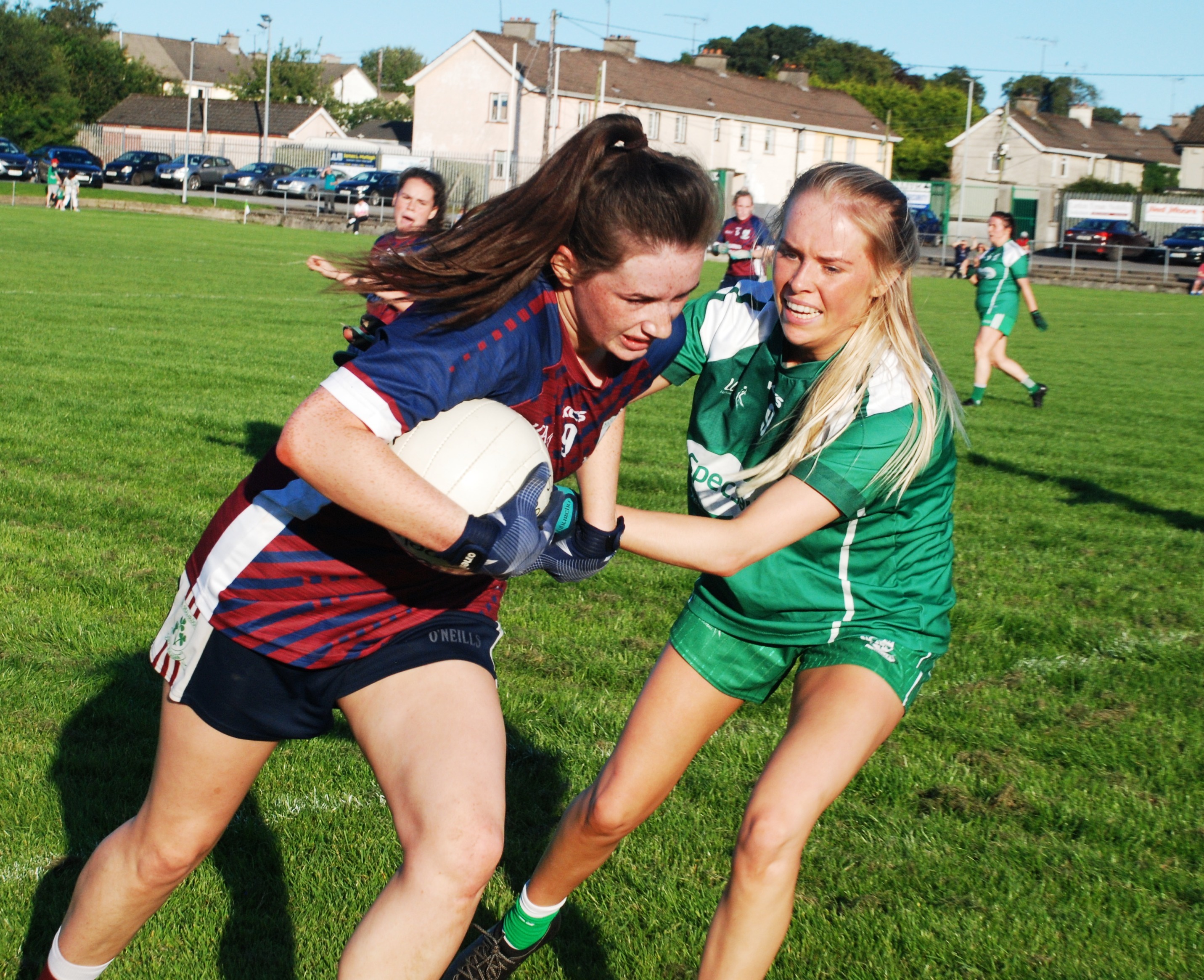 Robbie's Girls bolted from their lockdown on Saturday evening and defeated Kilbeggan Shamrocks with an impressive display in Springfield. Within seven minutes Shamrocks had raced to a 2-4 to 0-0 lead. Karen Hegarty opened the scoring with a point from play that might well have been a goal and within a minute Karen was on hand to provide the finishing touches to a great move that began back in the fullback line when Niamh Spellman won a great possession. Melek and Tara Fagan and Allison Bane also combined to create the goal scoring opportunity for Karen. Within a minute, Karen played the creator's role when she delivered the crucial pass to Clara Thornton who crashed the ball to the Kilbeggan Shamrocks net. Anna Jones, Allison Bane and Karen Hegarty added points to stretch the Shamrocks lead to 2-4 to 0-0 after seven minutes. Kilbeggan Shamrocks responded with a point but points by Clara Thornton, Honor MacNamara and Allison Bane (0-2) extended Shamrocks lead before a Karen Hegarty shot dipped under the bar to secure a Mullingar Shamrocks lead of 3-8 to 0-1 at the first water break. A point by Aita Roche and another following a great run by Triona Durkin reduced the deficit. Karen Hegarty added two more points before the half-time break was called with Shamrocks leading by 3-10 to 0-5.

Karen Hegarty added two more points on resumption before a wonderful Clara Thornton pass released Chloe Smullen and the corner-forward soloed through and with the left boot scored Shamrocks fourth goal. Casey McDermott and Karen Hegarty (0-2) added points before Anna Jones rounded off the evening's scoring with two points to secure a comfortable win for the Mullingar version of the Shamrocks.

Many of the panellists will be on duty on Tuesday evening when Mullingar Shamrocks play Coralstown- Kinnegad in Springfield at 7.00pm in the Senior B championship.