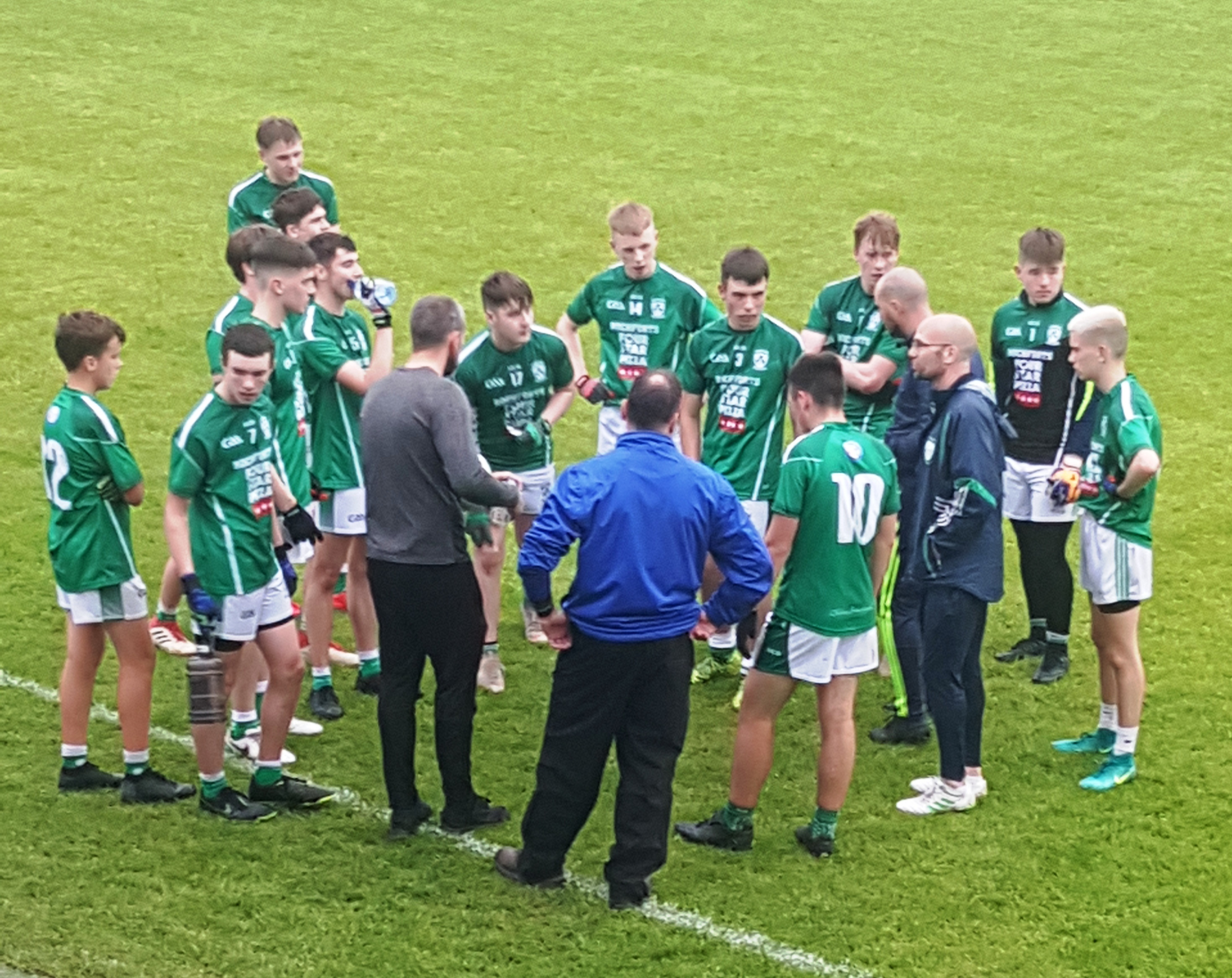 Although defeated, there were plenty positives, including the large panel togged out, to be taken from this return to active service of our minor footballers in The Downs on Wednesday evening. First things first: Is there a better GAA complex anywhere in rural Ireland than the magnificent facilities that the members of the club have developed? And it isn't finished yet as another new pitch is in an advanced stage of preparation.

The Downs began with a number of unanswered points and at the water break had moved into a 0-4 to 0-2 lead. Ten minutes later the sides were level at 1-2 to 0-5 after a long range shot from Ollie McNamara dipped under the crossbar. The minutes before half-time were crucial as goals from Tadgh Nolan and the excellent Rian Holden proved to be decisive. Nolan's second goal shortly after the restart virtually ended the game as a contest. However to their credit the Shamrocks players battled to the end and some great tackling and defensive play kept The Downs in check. Much of the ring rustiness, a product of the long break, will have been cleared up with this match. And in a week of comebacks from cruciate injuries it was great to see Mark Shaw back in action after an absence of twelve months with the injury. The Hickey brothers too made their return to the Shamrocks colours. And then there was Ollie McNamara continuing where he left off last year. Gooch like in his accuracy, control,. the absence of fuss and understanding of space, he ended the evening with a total of 2-11 to his credit. In Ollie's two previous outings with this group he kicked 1-14 and 3-8 in successive games. What more can a young man do for his club?