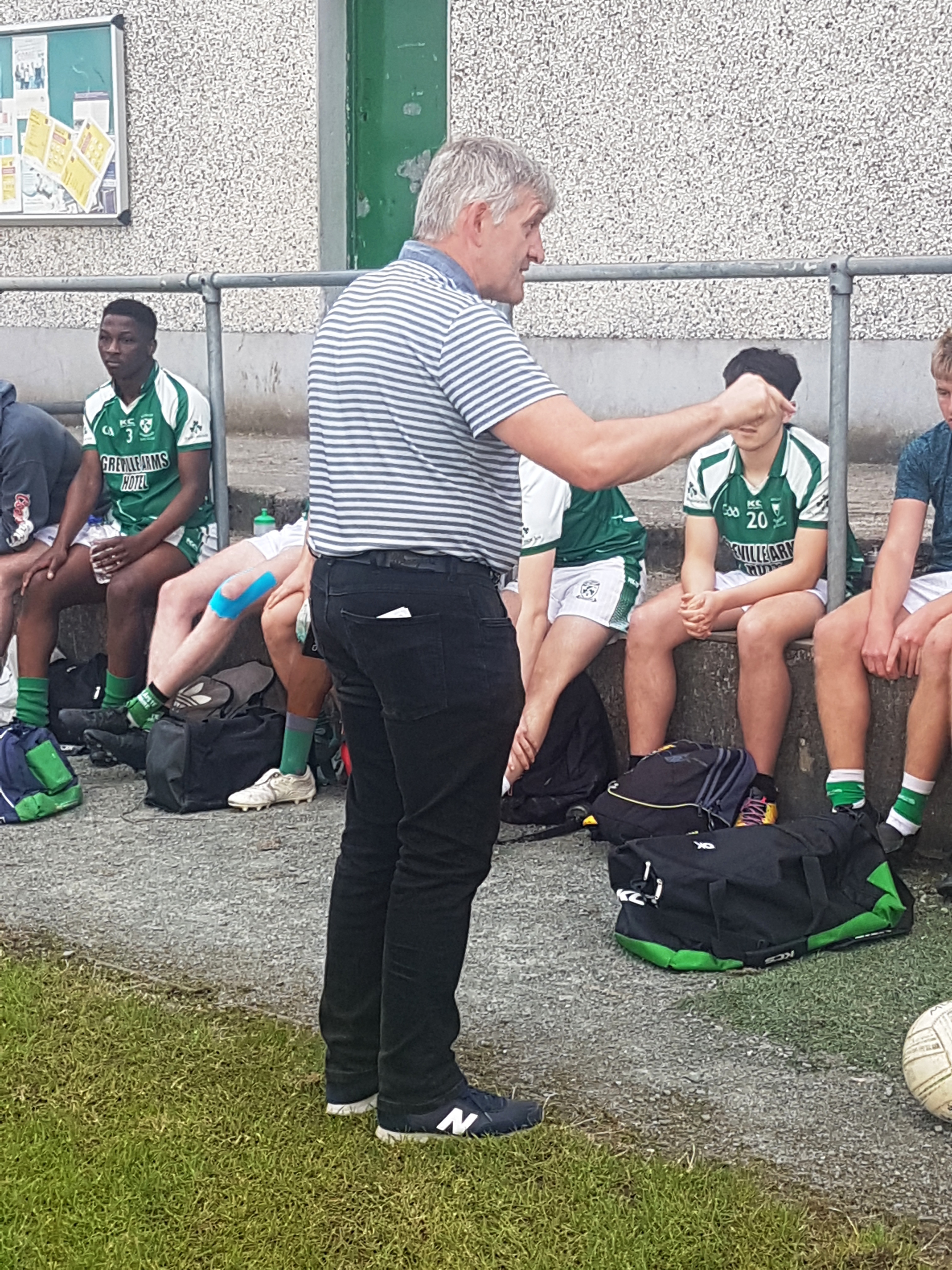 If one didn't know better one might have thought that the lads from Shamrocks and Milltownpass had spent the lockdown period working on their shooting skills such was the level of accuracy on display in Springfield on Tuesday evening in the ACL Div. 3B match. This was a mini-classic of football played going forward with great scores kicked by both sides. The ball was delivered quickly to the Shamrocks full-forward line and the three boys reacted by scoring the team total of 2-13, all but 0-2 from play. Jordan Warde began by kicking three great points, Darren Keena added two more, Ross Corroon added one from an offensive mark but Milltownpass kept in touch and after 20 minutes the score read 0-7 to 0-5 in Shamrocks favour. Darren Keena, Ross, and Jordan Warde also from an offensive mark pointed and at the interval the scoreline read 0-9 to 0-6 in Shamrocks favour. Referee, Brendan Keena also showed his sharpness in this half when Jordan called a mark from a mark. Not allowed we eventually figured out. It's getting harder annually for a referee to keep track of all the required technicalities. This particular game probably had the highest number of marks recorded for a match in Springfield. We had all the varieties in abundance, offensive, defensive and ones from the restarts with Zach Aherne showing a particular expertise in using the dispensation.

There was also a second half of good football with Jordan Warde and Ross Corroon adding to Shamrocks total with points as Milltownpass began to dominate and outscored Shamrocks 0-5 to 0-2 during the opening quarter to draw level at 0-11 each. A great run from Pearse Corroon created another point scoring opportunity for Jordan Warde who kicked Shamrocks ahead once again. A great reflex save by Sean Hynes preserved the lead before another Jordan point extended the Shamrocks lead. Milltownpass however, weren't for turning and added two points to level the match once again (0-13 each). Shamrocks looked to have secured the points when Jordan Warde blasted the first goal of the evening; the net was still shaking when Milltownpass responded with a goal of their own to equalise - a bullet from Mark Cogley. They quickly followed with a point to establish a lead but there was time for some more drama. Dillon Matthews with a great catch and run created a goal scoring chance for Ross Corroon who crashed the ball to the net. Milltownpass pointed but when their final attack broke down, Brendan Keena blew the final whistle on what was a great game of football with Shamrocks shading the verdict in the scoring jamboree.