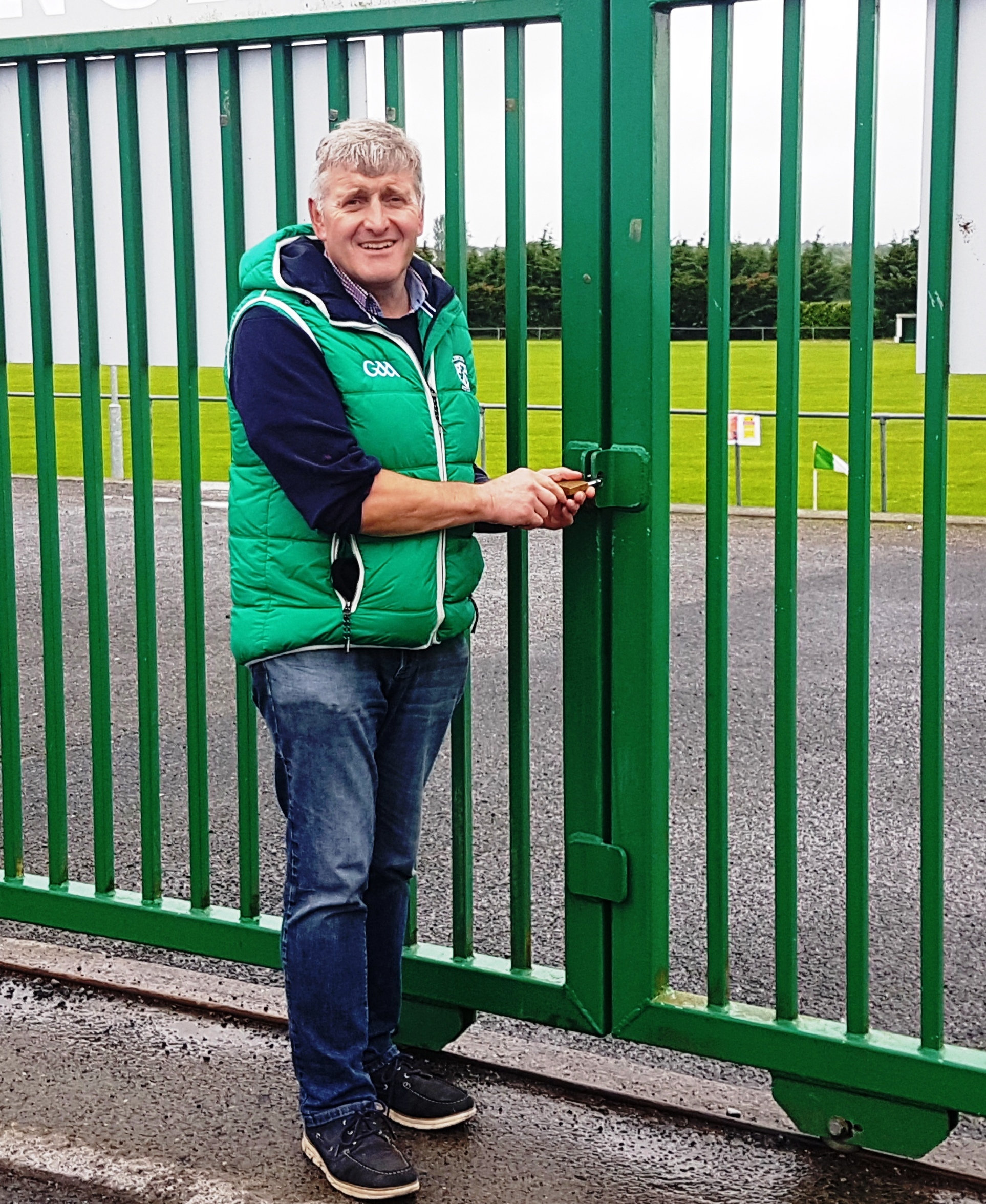 Shorty before 6.30 club chairman Sean Hynes opened the lock and the gates at Springfield were thrown up for the first time since Leo ordered a complete lockdown on 27 March. At this stage a few of the Mullingar Shamrocks lads had already checked in to the lower car park ready for the post Covid-19 football liberation. It was far from business as usual but the millennial generation got a chance to experience what football life was like back in the era that delusional sentimentalists like to refer to as 'the good old days', when players togged out from the boot of the car if they were lucky and showers were what fell from the sky.

Enough of this nonsense; it's not the normal practice to report on challenge matches but this meeting of Mullingar Shamrocks and St Mary's, Granard was of some minor historical significance and was apparently one of the first challenge matches to be played nationally after the lockdowns were ended.

And the pitch was immaculate condition thanks to the care and attention of Davy Gavin and his diligence in carrying out the essential maintenance during the lockdown.

Lorcan Smyth scored the first point - a superb long range effort from close to the sideline; Denis Corroon scored the first goal. It wasn't the best goal Denis ever scored but they are all worth the same value. At the interval Mullingar Shamrocks secured a 1-6 to 0-2 lead and were leading by 4-9 to 1-9 when Mickey Dan blew the final whistle.