Great morning of fun and games at Springfield 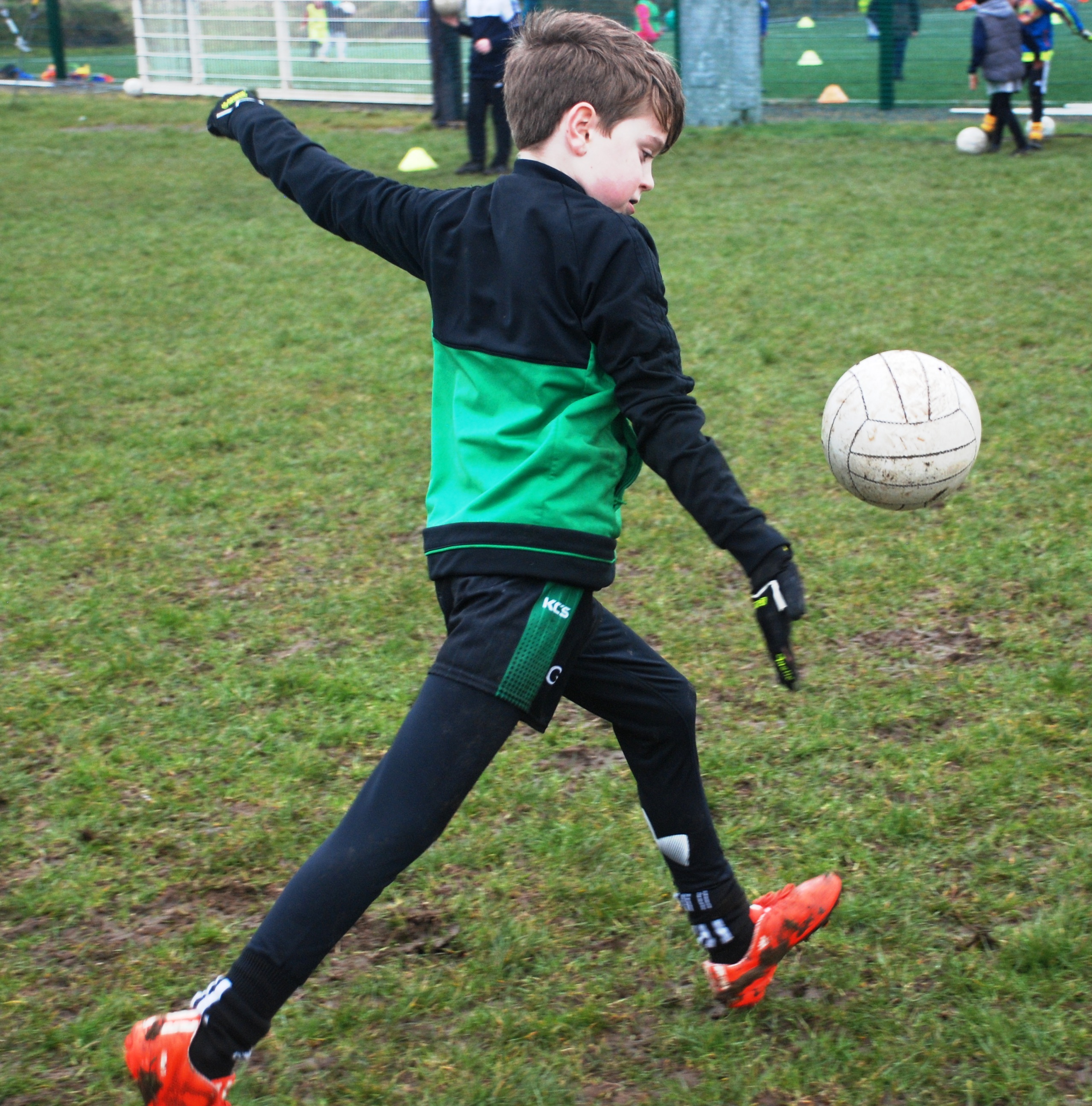 Underage training: Springfield was a veritable hive of activity on Saturday morning last as the underage coaching programme began in earnest. (In reality many of the club’s underage sides have been back training on the Astro, in the barracks and on the back pitch for many weeks). Saturday saw a return to weekend morning action for hundreds of eager young players. The Under 13s were the early birds with a 9.00 start and they were just finishing when the first hordes of the SeamrOGi began to make their way on to the Astro. Approximately 90 youngsters aged between 4-6 enjoyed a fun filled programme of running, jumping, falling, throwing with the odd bit of kicking thrown in for good measure. Adrian Keaveney and Laura Timoney’s drills were well thought out in advance and worked a treat while it was also fantastic to see 18 coaches on the Astro enthusiastically encouraging their young charges. The SeamrOGi concept has been a marvellous success over the past two years and it certainly started in hugely impressive style last weekend. In total approximately 50 volunteer coaches were involved on Saturday morning in Springfield with huge numbers of boys and girls at under 7, under 9 and under 11 level as well as the aforementioned under 13s and SeamrOGi players. All of this activity took place despite the absence of long term underage secretary Pat Collins. (Rumoured to be checking out training locations in the Canary Islands!!!!). Thanks to everyone who participated.

Well done to all those who worked so hard over the past three weeks to ensure that everything was in perfect working order on the day.

AND remember that REGISTRATION can take place on any Saturday morning.

You are never too late to join in the fun at Mullingar Shamrocks in a family friendly environment.

Something for the coaches starting tomorrow (Thursday) ev...

Statement from GAA and GPA on Coronavirus

Statement from GAA and GPA ... The GAA's Medical, Scie...

Statement from Westmeath CCC on championship ...

A chairde;In the context of the Coronavirus outbreak, t...