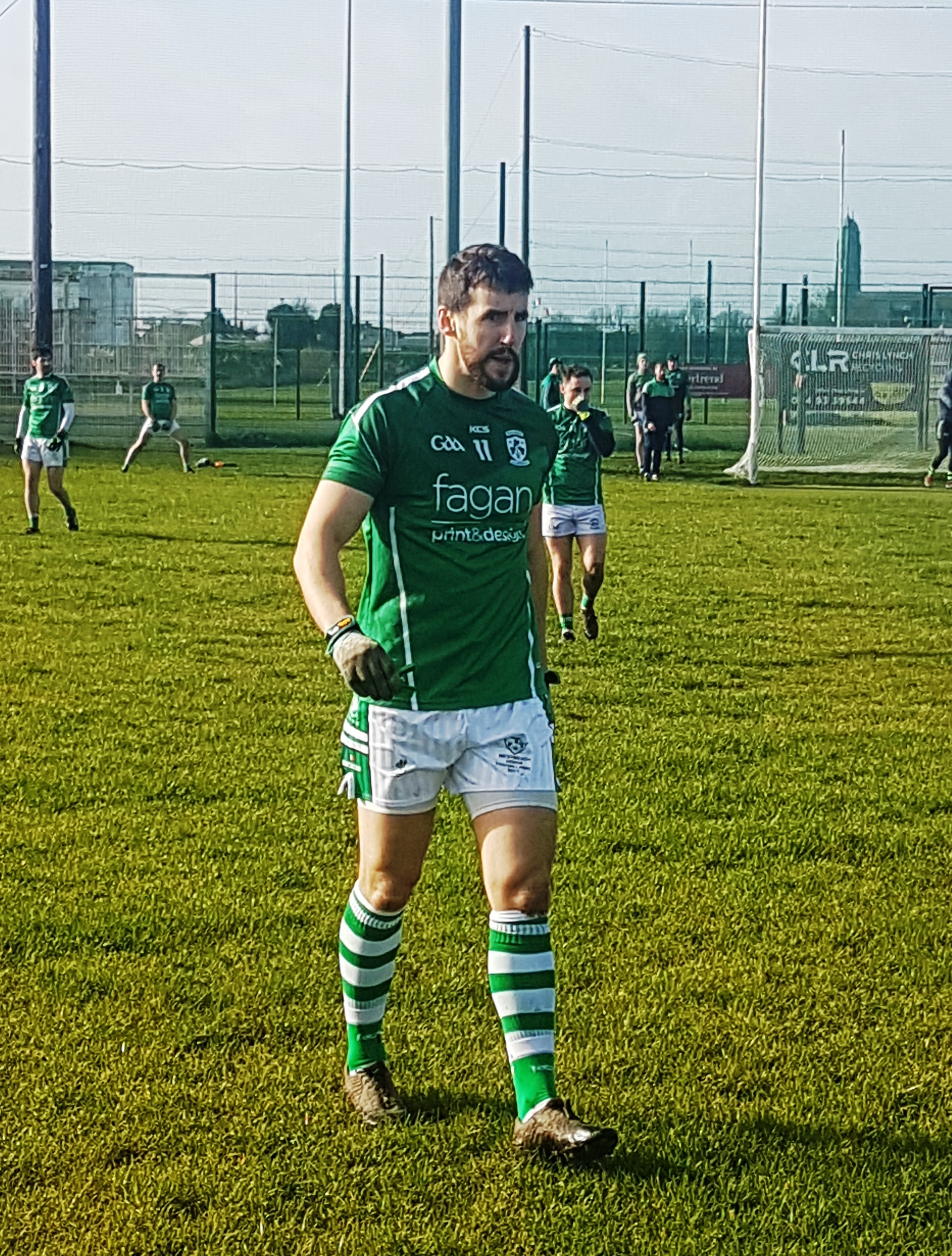 Mullingar Shamrocks and Shandonagh began their 2020 senior campaigns in Arctic-like conditions on a bone-dry Springfield pitch on Sunday morning. Mullingar Shamrock welcomed Lorcan Smyth back after some years spent with St Vincent's in Dublin during which time he added a few big medals to his collection. It was wonderful to see Lorcan back wearing the green jersey again. His contribution to the victory was significant. Simon Quinn made his own little comeback also as the man who was so important to the 2018 title winning campaign lined out in an ACL match for the first time in three years. A strong and difficult wind blowing towards the D'Alton Park end made scoring difficult. Playing against the wind in the first half containment was the name of the game for Shamrocks and the emphasis was on defence and retention of possession. Shandonagh's Ben Treanor opened the scoring in the fifteenth minute before Ross Corroon kicked a difficult free into the wind to equalise. It was Shamrocks only score of the half. Two points from Alan Hickey and two good long range efforts from Daragh Conway and Tom Molloy secured an interval lead of 0-5 to 0-1 for Shandonagh. Shamrocks played the last seven minutes without Alan Cashman who became the first Westmeath club player to enter the sin bin for a black card offence (remember this fact for the next Mullingar Shamrocks table quiz!).

A Dean Moore point immediately following the restart cut the deficit, a point created by a great long distance first-time delivery by Lorcan Smyth. Another fifteen minutes of scoreless endeavour followed before Ross Corroon pointed again; this time a good long-range free from the hands. A Tom Molloy free extended Shandonagh's lead. Shamrocks showed the benefit of their early season training programme and finished strongly. Lorcan Smyth and Dean Moore combined to create an opening for Jordan Warde and the corner forward screwed a shot between the posts (0-6 to 0-4). Micheál Curley created an opportunity and Dean Moore pointed. As the game entered the closing stages it seemed that Shandonagh would leave Springfield with the league points but a great combined move involving several players created a goal scoring opportunity for Ryan Blundell who was fouled. Dean Moore made no mistake from the resultant penalty and rocketed the ball to bottom right hand corner of the net with a great strike. Dean completed the scoring a minute later with a pointed free to secure the league points for Mullingar Shamrocks.

A minute's silence was observed before the start as a mark of respect for Frankie Connaughton.