We weren't always in the winner's enclosure ... 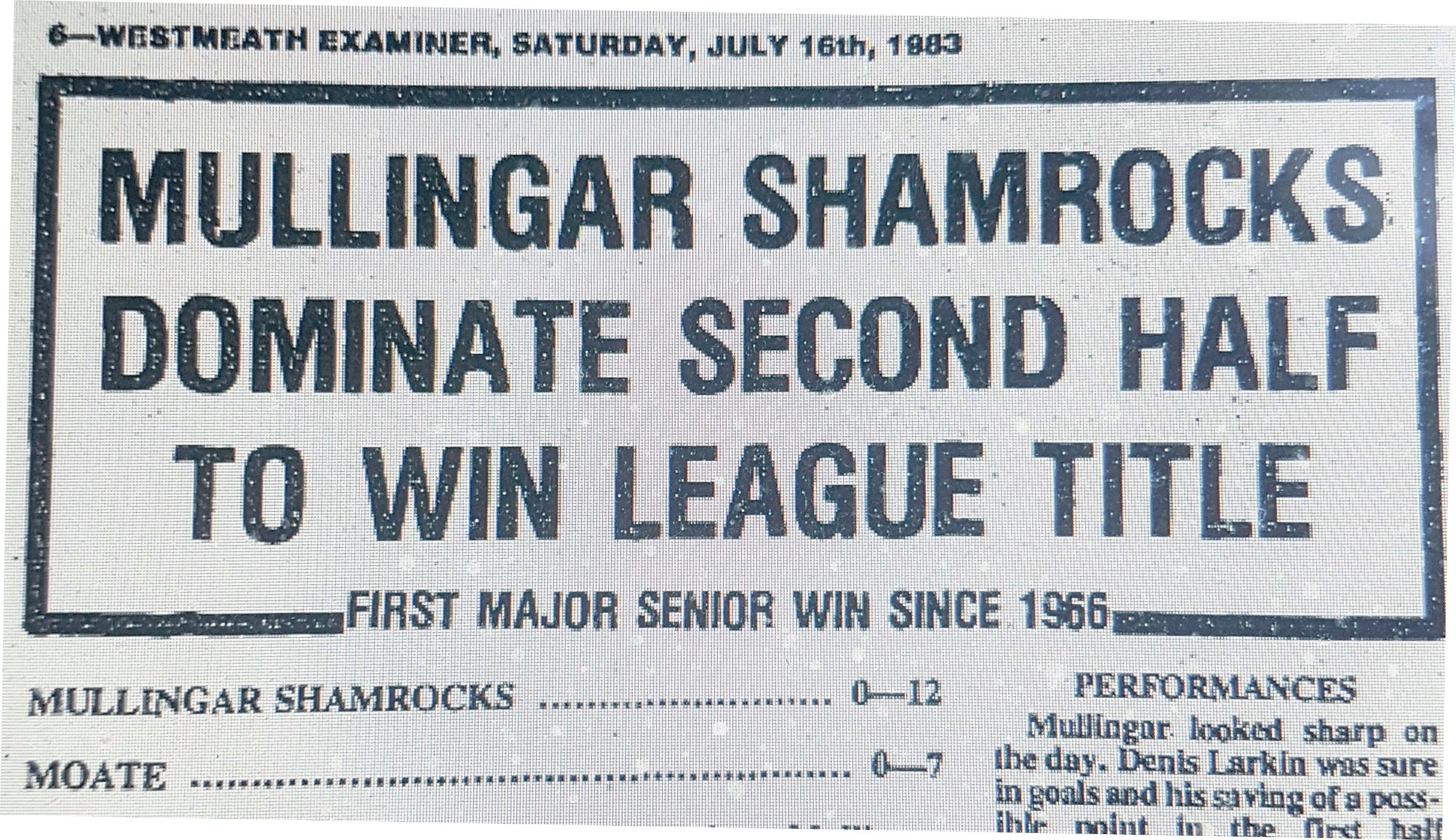 We weren't always in the winner's enclosure ...

Mullingar Shamrocks went seventeen years without winning an adult football title after winning the senior title in 1966 with several minors on the panel. The next adult title according to the Westmeath Examiner report was the ACL League title of 1983 when Moate All-Whites were defeated by 0-12 to 0-7.

A lot of familiar Shamrocks family names in there and some of those playing are still centrally involved in the club including the young boy that lined out corner-forward.