#We Too Lose Players: Memo to Mickey Harte ... 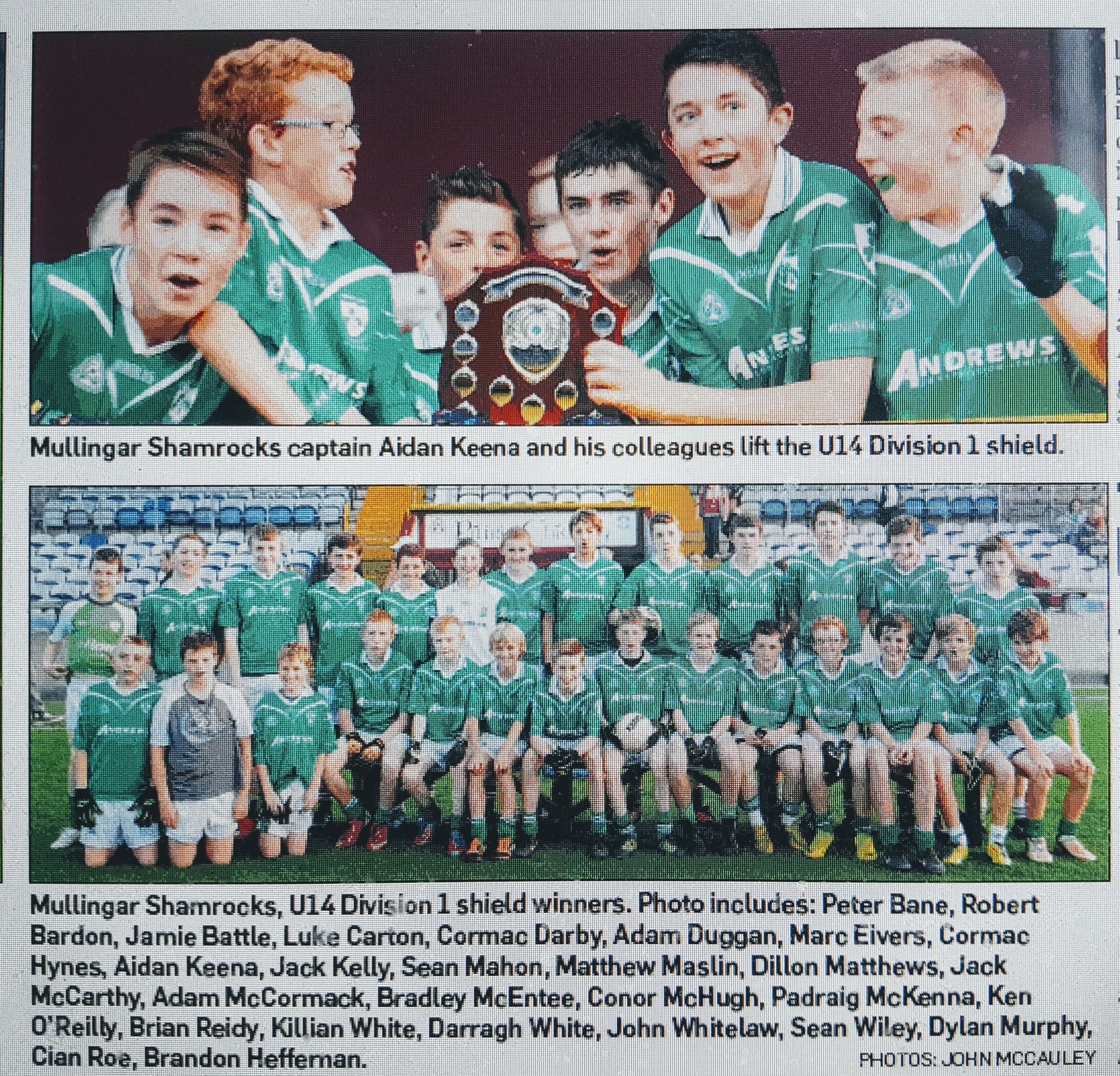 #We Too Lose Players: Memo to Mickey Harte ...

Stumbling across a Westmeath Examiner headline from October 2015 that read 'Keena the dominant figure in impressive win for Shamrocks' prompted a revisit to a topic that we have occasionally mentioned in these pages. It is particularly relevant at the moment. Mickey Harte received a lot of publicity recently with his concern about the possible loss of Cathal McShane to Australia. He was supported by commentators who should know better. Colm O'Rouke and Dick Clerkin were notable exceptions with their balanced analysis.

The headline referred to a report on the Westmeath Under-14 Div.1 Shield final between Mullingar Shamrocks and Rosemount with Shamrocks winning a high scoring classic. The Keena referred to in the headline is Aidan Keena who in the word's of the reporter was 'By far and away the best outfield player on view; the winners midfielder scored a whopping 4-8 (3-7 from open play) in a tremendous performance'. Aidan Keena is long since departed from Mullingar Shamrocks to the world of professional football and on Saturday scored his first goal for his new club Hartlepool after recently transferring from Hearts. That Shamrocks team also included Jamie Battle who is now a top class middle distance runner and has represented Ireland on several occasions and is well on the way to athletic stardom. Another member of that team, Sean Mahon has also represented his country at under-age soccer.

Mullingar Shamrocks has seen many more fine players make the move to other fields over the past decade. Conor Gilsenan moved to rugby and has had a fine professional career with both Leinster and London Irish; Conor and Seán O'Brien are currently making progress with Leinster and Connacht respectively. Conor has already represented Leinster on twenty-two occasions and has scored thirty points for the province. Conor Moore, a tidy corner-forward who represented the club at all levels, has gone to the world of entertainment and has achieved what thousands of entertainers have spectacularly failed to do over the decades. Conor has made it big in America. Robbie McCarthy had to abandon a promising football career on the journey to becoming one of the all-time great handball players. Derek McGee, a member of a treble title winning under-14 team, has been involved in motorcycle road racing at the highest level for the past decade. And of course the movement also impacts on Ladies Gaelic Football; we have lost Claire Fagan to athletics and Claire's recent successes at national and international level has been well documented. It is also a source of great pride to club members. Chloe Smullen one of our most promising LGF players, is also a very talented soccer player who was also capped at under-age level last season.

Many clubs have similar stories to tell including our neighbours St Loman's, Garrycastle and Athlone. Players moving from GAA clubs for many reasons personal, sporting and professional is a fact of life and the impact on the club involved is far more significant than it is on any county team with far greater playing resources at its disposal. There is no point in whinging, we wish those involved the best of luck and we enjoy, acknowledge and appreciate their success