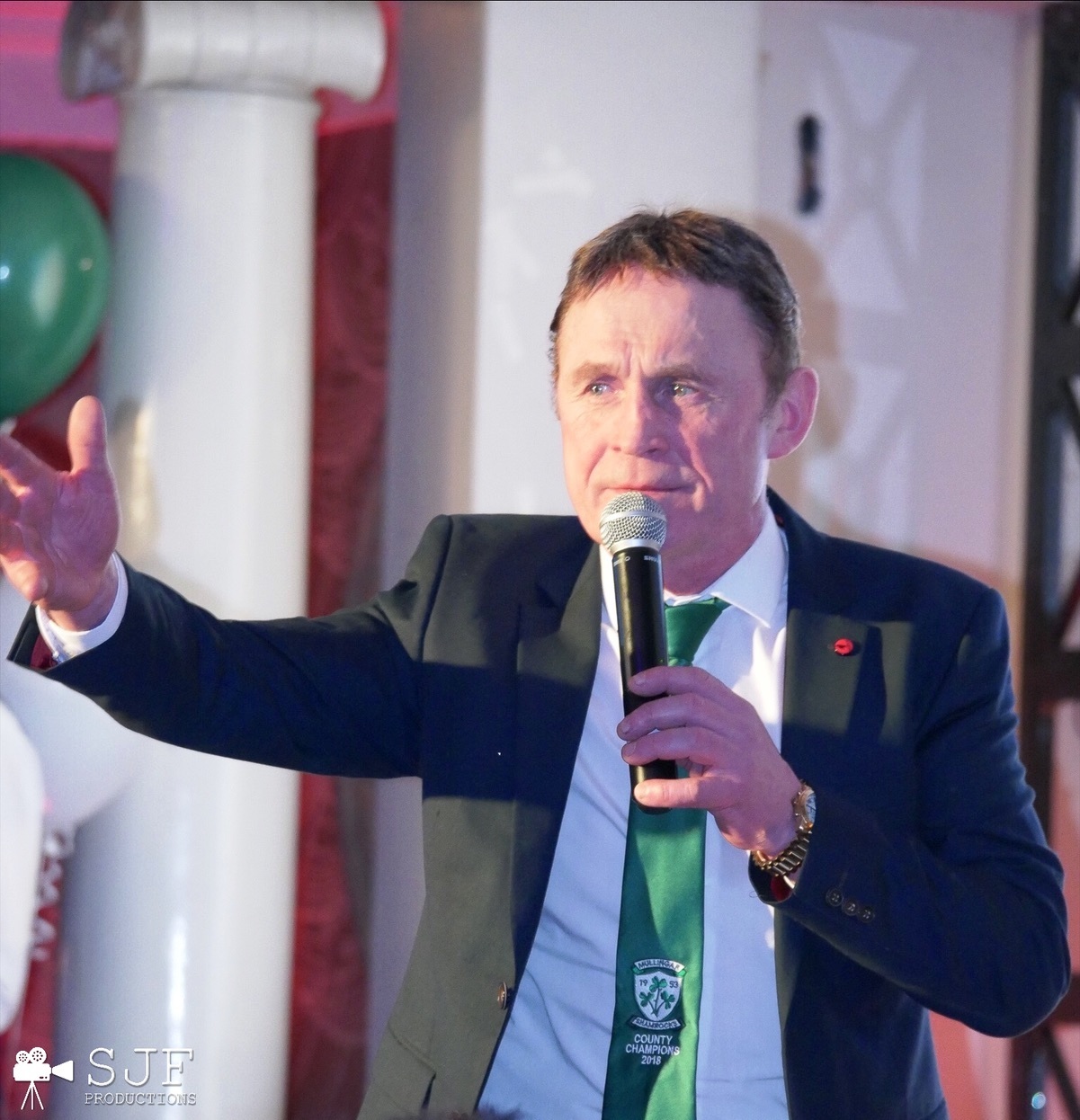 Mullingar Shamrocks Senior Football Management team for 2020 was ratified on Wednesday at the club's monthly meeting. Ned Moore continues as manager and is joined by, Croghan County Offaly native and former Offaly goalkeeper Laz Molloy as coach and trainer with Barry Maguire and Gerry Nohilly continuing as part of the management team.

Enda Monaghan stepped down from the management team after two years of wonderful service to the club. The club would like to thank Enda for his contribution. Enda was of course part of the management team that achieved the never-to-be forgotten senior football title in 2018.

Laz Molloy brings a substantial management and coaching record to the table. Laz made a sensational inter-county championship debut for Offaly in 1984 against Longford. Younger readers might find it difficult to believe that Offaly were one of the top teams in the country at the time and in 1982 defeated Kerry and deprived the county of the historic five-in-a-row All-Ireland titles. Offaly also had one of the greatest goalkeepers ever to play the game in Martin Furlong.

In 1984 Martin Furlong was injured which left Offaly without a sub goalkeeper for the match against Longford. Eugene Magee, one of the all-time great managers, became aware that Laz was in Croke Park as a supporter, having played a challenge match in Dublin that morning. Up in the stands, Laz chatted with PJ Cunningham, who told him that Furlong was ruled out.

When Cunningham learned that Laz had his playing gear with him, he got word to McGee.

In an interview in the Daily Mirror in 2015 Molloy explained what happened next.: “I went back up to the car and got the gear out of it and you still wouldn’t be thinking that you’re ever going to be playing. Dinny Wynne was in goals but Longford got three goals in the first half.
“It was most unusual, we were over in the Cusack Stand side sitting in the dugout.
“I remember sitting beside Seamus Darby [the man who scored the most famous goal in the history of the GAA against Kerry in 1982]. The next thing one of the selectors came across the field for the two of us.
“We went in at half-time, he put me on and things worked out fairly well anyway.”
Offaly came from five points down to win by five, with Matt Connor, a candidate for the title of the Greatest Footballer of All-Time putting in a typically brilliant display, notching 2-5, and Laz Molloy making some brilliant saves.

We wish Ned, Laz, Barry and Gerry the best of luck for the season.