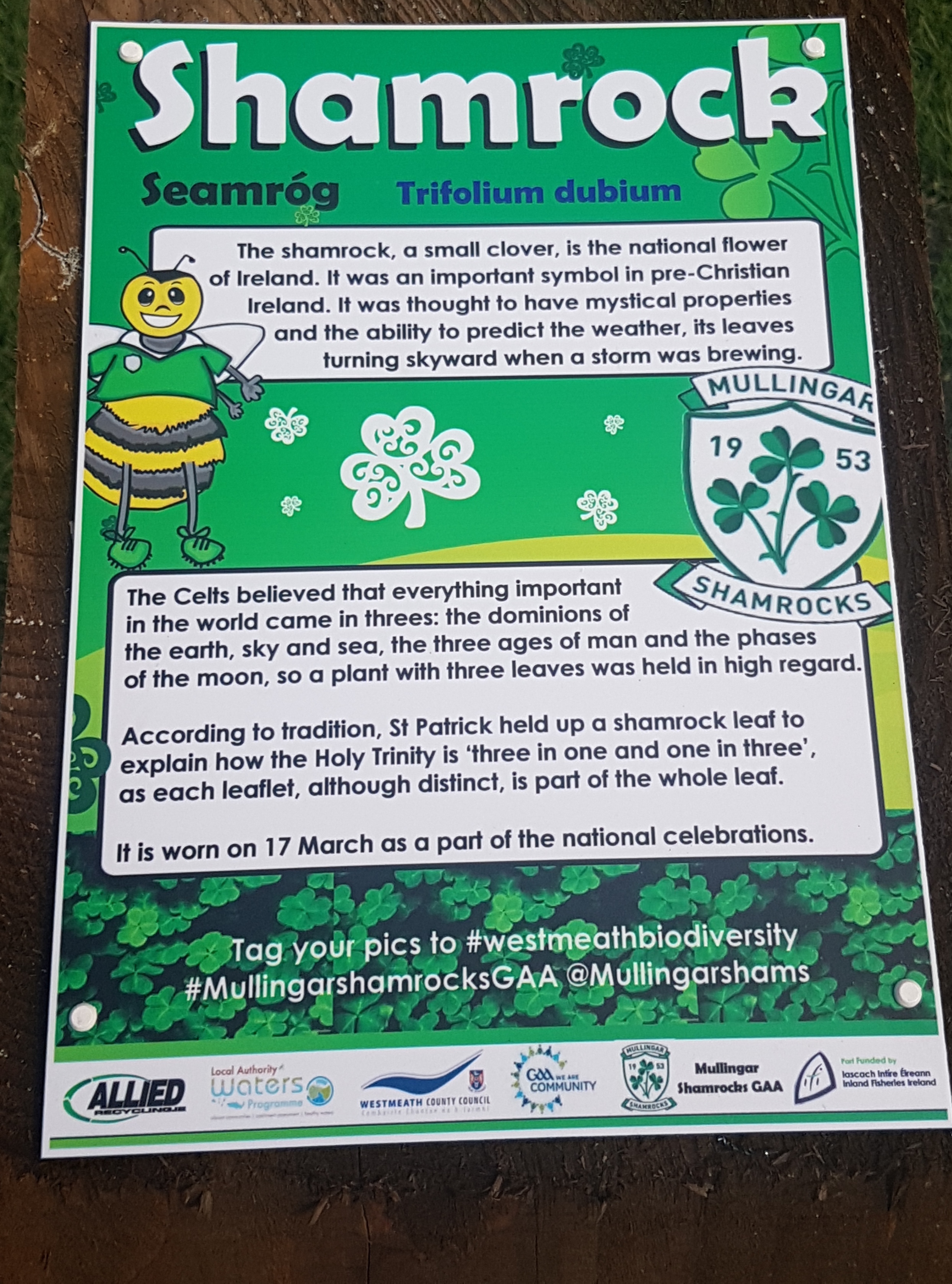 With The Sound of the Musicals dominating the news we decided to hold on to this piece of good news for a slow news period. The recent Tidy Towns results brought great news for Mullingar Shamrocks and especially for our Healthy Club Officer, Joan Ormsby. In the Special Awards Section of the competition, Mullingar Shamrocks were National Winners of the Sustainable Development Award which carried a first prize of €1000.

This was Joan's project from start to finish and was Joan's idea all the way. Well done Joan who has enthusiastically explored the potential and possibilities of the GAA's Healthy Clubs initiative. The project involved the placing of 17 posts around the perimeter walkway at the club grounds in Springfield with information plaques specific to the biodiversity of flora and fauna to be found in the environs where each sign is placed. The front of each post is illustrated with the winning designs from the Biodiversity Art and Poster Design Competition staged earlier in the year among the primary and post-primary school children. The project also involved the placing of a Bug Hotel in the corner of the ground close to the Mullingar Town grounds and the erection of two seats manufactured by the men who engage with the Men's Shed group in town.