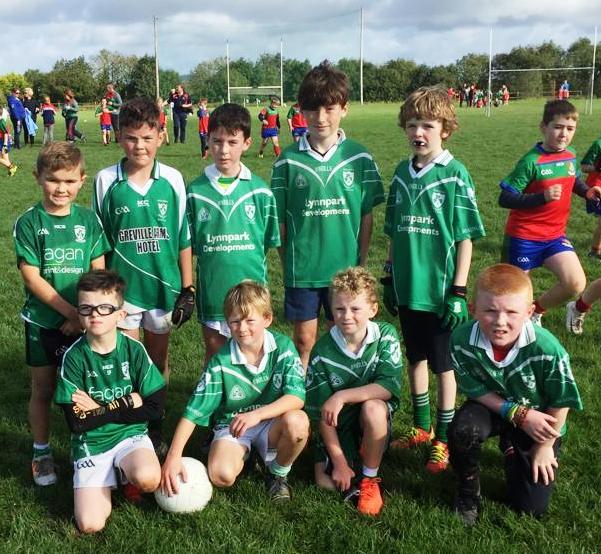 Mullingar Shamrocks under- 9 squad, with a little bit of help from a few under-10s, completed a hectic weekend of action on Sunday morning last when they faced Shamrocks from Offaly in a series of Go Games. The link with our namesakes from Offaly includes Shamrocks underage players turned provincial rugby stars, Conor and Sean O’ Brien, whose dad Garrett played with his native Shamrocks for many years. Each Shamrocks’ side had 28 players togged out and a closely contested series of games were played in difficult underfoot conditions. The dual players on both sides also played a hurling match afterwards so there were many exhausted but happy young boys by Sunday lunchtime. Well done to every player who represented Shamrocks on the day!! Our thanks to the visitors for travelling over and to St Oliver Plunkett's for the use of their facilities.