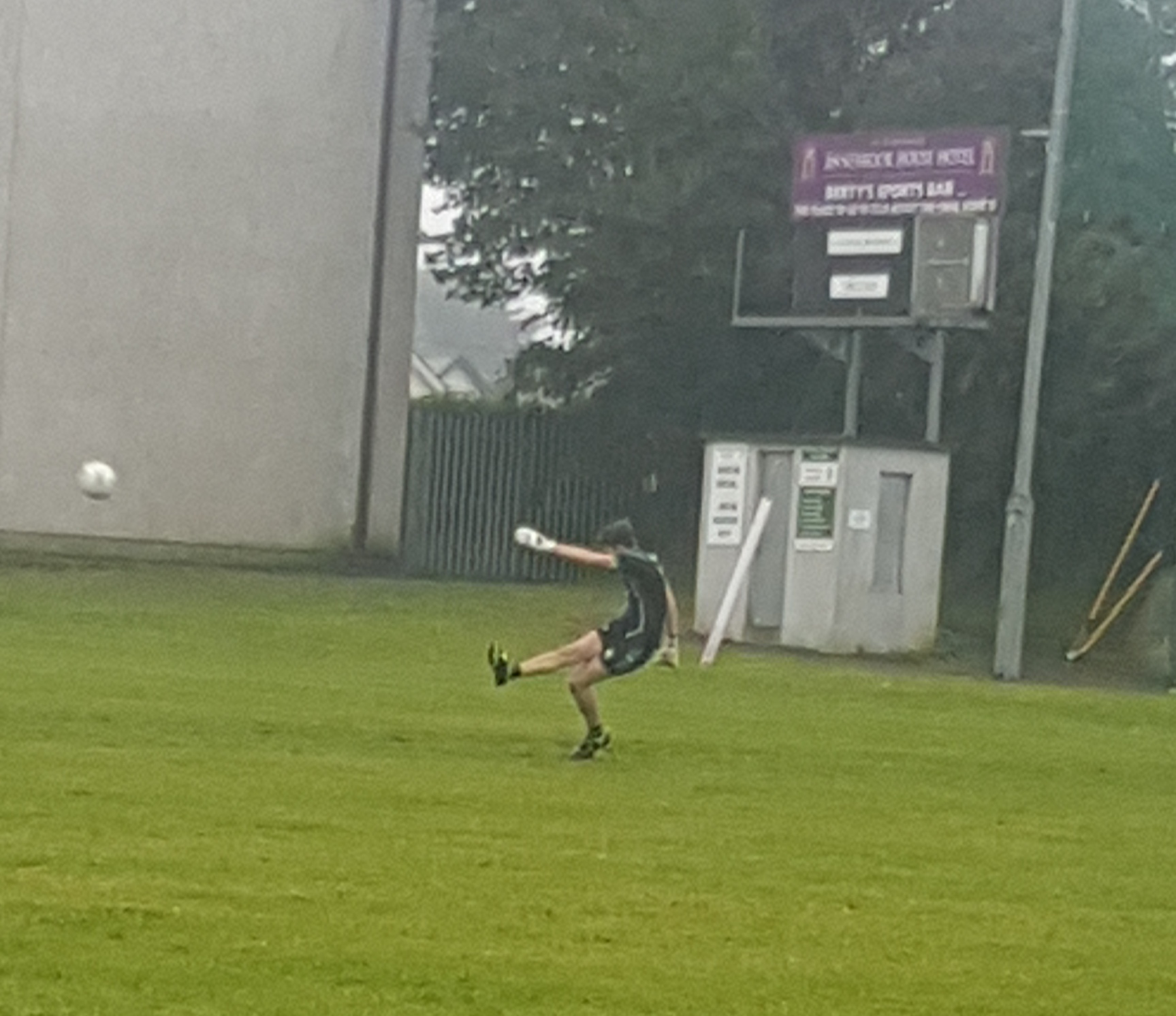 On a morning that was difficult for football Mullingar Shamrocks qualified for the minor county final with a comprehensive 3-13 to 1-2 victory over the Castledaly-Rosemount combination. It was a victory grounded in honesty, teamwork, 100% effort and some great skilful combination football. As a unit this group have seldom played better. The transformation in attitude and improvement in skill on this group of players over the past two years is one of the success stories of the club.

Cill Óige set down an early marker when Matthew Cox goaled with the first attack of the day. Seán Óg Hynes made a great save from the initial effort but the rebound was collected by Cox who shot to the net. A massive long range free from Jack Gillen opened Shamrocks scoring account and after ten minutes a superb bout of combined play ended with a Trevor Keena goal. A great pass from deep in defence by Zach Aherne was collected superbly by Oliver McNamara who transferred to John O'Reilly who released Trevor who finished to the net. The key piece of skill in this move was Oliver McNamara's brilliant catch at ankle level. This piece of individual skill allowed to move to continue at pace without fumble or interruption. Oliver then pointed to extend the Shamrocks lead and this left-footed effort ended a sequence of play that began with a Seán Óg Hynes restart. John O'Reilly pointed and Jack Gillen added another after great preparatory work by Tomass Turks and Mark Flynn. Shamrock's second goal came when Zach Aherne's neatest of chips left the Cill Óige goalkeeper stranded as the ball floated in to the top corner of the net (2-4 to 1-0). Some great work by Emmet Walsh and Niall Ouchbakou (this was one of several fine pieces of play by Niall in this match) found Jack Gillen and Jack's superb cross-field pass found Zach Aherne in space and Zach pointed to send Shamrocks into a 2-5 to 1-0 interval lead. Shamrocks in this half made full use of the scoring opportunities created whilst Cill Óige were at the other end of the opportunities availed of spectrum and squandered numerous scoring chances. Credit must be given to the Shamrocks defensive unit as their tackling skill and work-rate forced Cill Óige into errors and hasty shooting.

Jack Gillen added two points to the Shamrocks total after the restart; the second point was the special one as he pointed a free from the 20-metre line at the right-hand side line. With his left foot and that's his weak foot. John O'Reilly pointed, so too did Tevor Keena, Jack Gillen pointed a 45 and added another massive long range one from his hands and Shamrocks were ahead by 2-11 to 1-0. Cill Óige added a point before Trevor Keena was released for another head-to-head contest with the goalkeeper and with the ball soccer style at his feet there was only one outcome: a third goal for Shamrocks was the inevitable result. Jack Gillen completed what for him was a great weekend with Cullion reaching the intermediate hurling final with two more pointed frees to complete what was a great exhibition of place kicking as well as a fine display of all round football ability.

Junior B Football Championship: Mullingar Shamrocks 3-17 Ballynacarrigy 2-18 ... a great win to maintain an interest in the championship