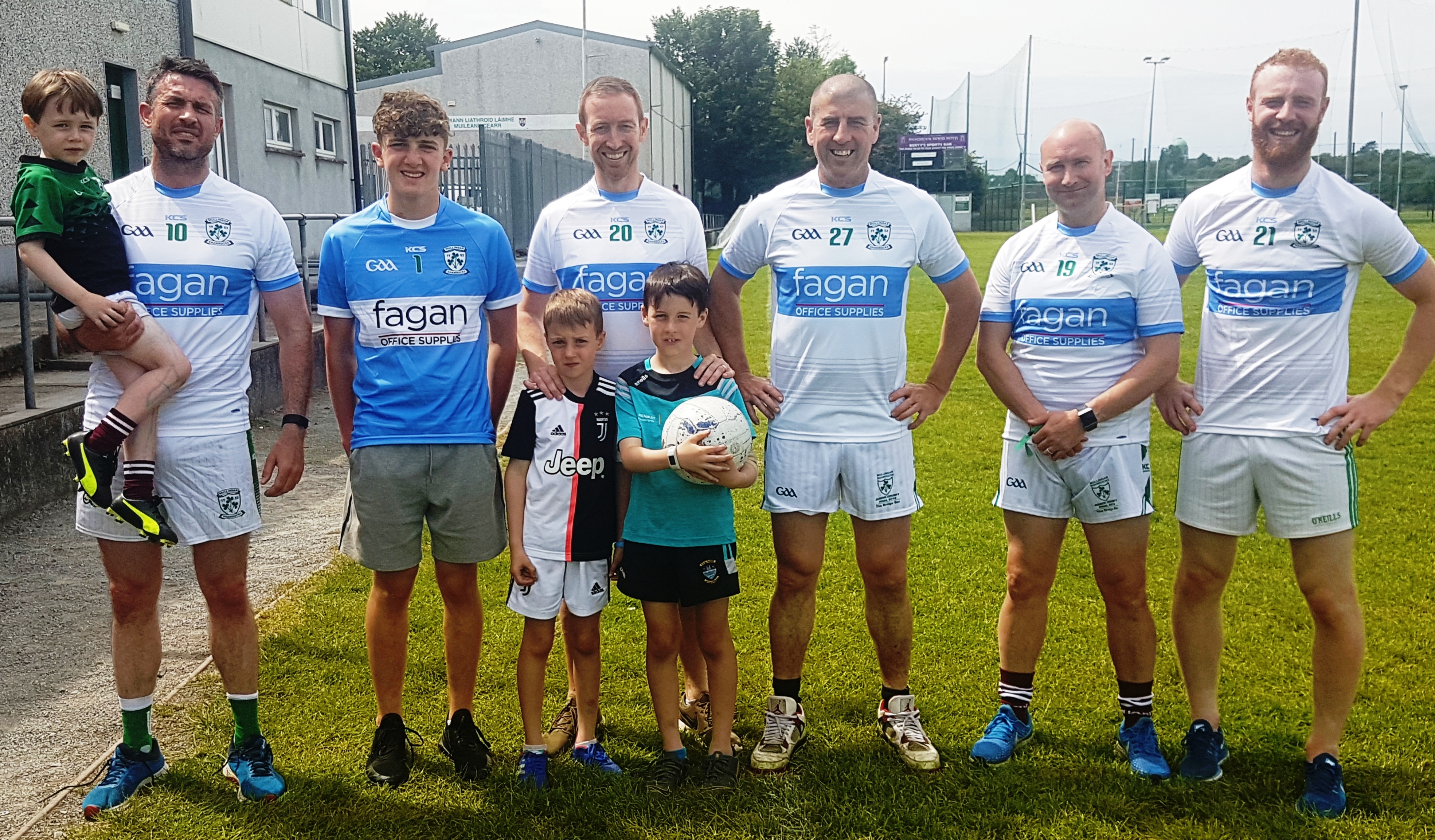 Next Saturday evening when Mullingar Shamrocks take the field against Garrycastle the players will be wearing the club's new alternative set of jerseys for the first time (GAA clubs don't do away strips). These jerseys will be used in future when there is a clash of colours with the opposing teams.

There will be some surprise that the jersey has a significant quota of blue but as Chairman Sean Hynes explained 'This is just not any random colour of jersey. The colours have significance and recognise the club's heritage and connection to the Pearse's club. This is the colour and type of jersey that I wore when I first played for Shamrocks'. Sean and Terry O'Dowd are responsible for the new design and colour and of course the jersey was produced in consultation with KC Sports.

It also carries the Opt for Life logo.

The Pearse's Hurling Club was set up in November 1951 with Commandant Denis O'Callaghan, grandfather of the present Dublin star Con O'Callaghan, the club's first chairman. At a meeting of the Pearse's club in January 1953 it was decided to form a separate football club. The new club was Mullingar Shamrocks. The members of Pearse's were determined that the footballers of Mullingar ‘would no longer be left orphaned and abandoned to be eventually lured away to the winter sodden fields of alien associations or to become the adopted children of a country club.’ For the next twenty-five years the two clubs affiliated as separate entities and successfully promoted hurling and football in Mullingar. Pearse's finest hour came in 1962 when the senior hurling title was won, the last (ever?) occasion a senior hurling title was won by a Mullingar club. At the end of the 1968 season it was decided to join forces with Mullingar Shamrocks and between 1969 and 1973 the amalgamation was affiliated as Mullingar GAA Club. In 1974 it was decided not to enter any hurling teams in the Westmeath championships and the Mullingar Shamrocks name was restored and the club wore blue and white hooped jerseys for most of the 1970s. T

his is the heritage recognised in the new alternative jersey set.

Last Man Standing ... and a lot of men and women no longe...

History was made in Páirc Uí Chaoimh and our LGF players ...

History was made in Páirc Uí Chaoimh and our LGF player...

Under-16 pre-season with Eoin Kelly

Under-16 pre-season training with Eoin Kelly ...Our Unde...

News from the County Committee Meeting ... A long count...

A Message from Healthy Club Officer, Joan ... A safeTA...