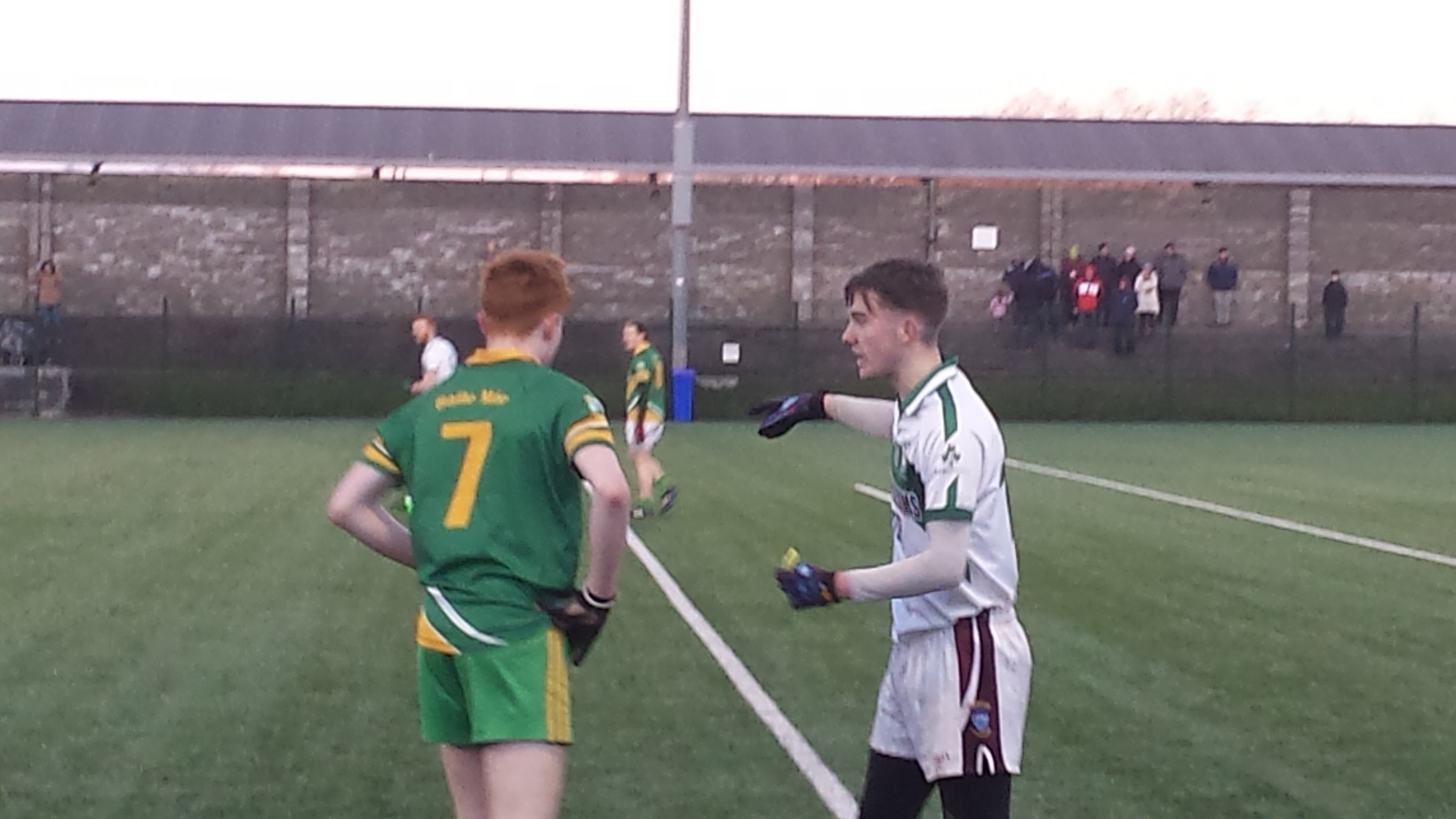 Published: over 4 years ago

Raw was the word used by both sets of mentors to describe this game; it was certainly hard fought and there wasn’t an awful lot of love on display on the good St Valentine’s Day but when the final whistle was blown all the differences were forgotten. This is as it should be.

Shamrocks opened the scoring with a Seanie Daly free and Conor Moore added another point almost immediately. The sides were level at 0-3 each after fifteen minutes with the Shamrocks full back line of Paul Christie, David Miller and James Grogan defending superbly. Darren Keena pointed and Gary Corroon and Tye Adamson combined well for the latter to score Shamrock’s fifth point. Ballymore responded in like manner and after twenty-five minutes the sides were level at 0-5 each. Paddy Joyce’s surging runs were making things difficult for Ballymore; one such run yielded a point and just before half-time Seanie Daly pointed his third free to leave the score Shamrocks 0-7 Ballymore 0-5 at the break.

Just after blowing the half-time whistle the referee also produced two red cards and it was 14-a-side for the low scoring second half. Tye Adamson, with three points dominated the scoring on the resumption, and Patrick Fagan with a great long range effort closed the scoring for Shamrocks who held a 0-11 to 0-7 lead with twelve minutes remaining. Good play by Brian Finnerty reduced the deficit to the minimum and the inevitable happened. Ballymore were straight through on goal but Daragh Ryan made a great save and this save secured the ACL Division 3 title for Shamrocks. It was appropriate that team manager Ned Moore ended this phase of his managerial career with Mullingar Shamrocks with a title securing victory; Ned now takes over as manager of Bunbrosna and carries the best wishes of the club on his new assignment.