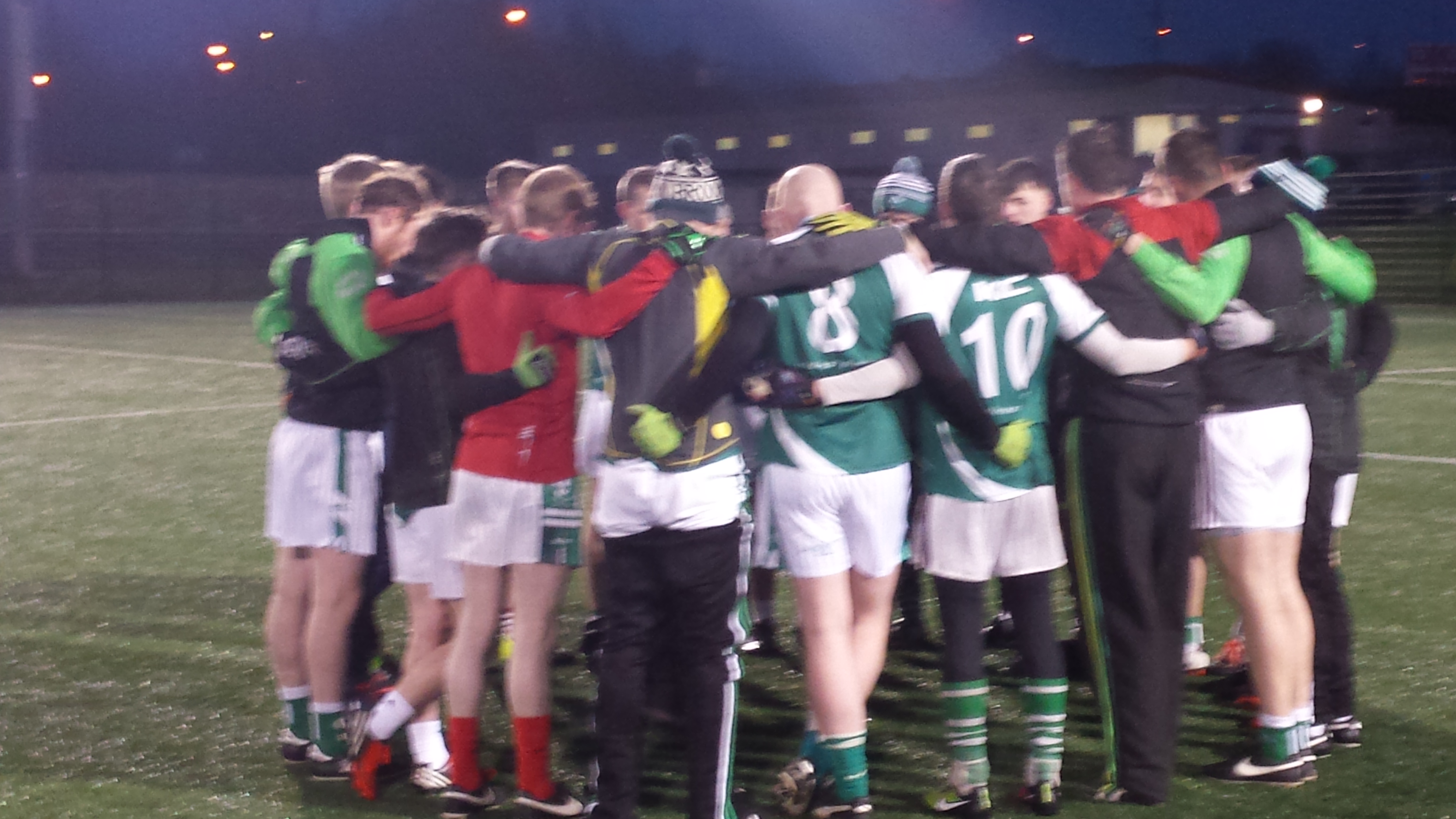 It was a lively enough start to the 2016 season (or to the end of the 2015 season if you prefer) when Shamrocks and Tyrrellspass met at a bitterly cold Lakepoint Park Mullingar on Saturday evening. Shamrocks dominated over the hour and were deserving winners by 4-13 to 0-8 after leading by 3-4 to 0-5 at half-time. Donal O’Donoghue opened the scoring for 2016 with a pointed free and soon after this score Patrick Fagan goaled. Shamrocks forwards and mid-fielders combined well on a number of occasions to split the Tyrrellspass defence but great goalkeeping by James Quinn kept manners on the Shamrocks forwards. However the goalkeeper was unable to stop Gary Corroon and the long-serving forward scored two fine goals; Patrick Fagan, Brian Melody and Conor Moore also added points. The excellent Patrick Fagan opened the second-half scoring with a fine point before he was rested. Conor Moore pointed three more frees. After a scoreless first-half, Tye Adamson adjusted his radar and scored 0-5 when play resumed; two long-range efforts from play were particularly noteworthy. Ross Brady, a great servant of Mullingar Shamrocks, had the final say when he crashed a great shot to the Tyrrellspass net to seal the win which may secure Mullingar Shamrocks promotion to Division 2.